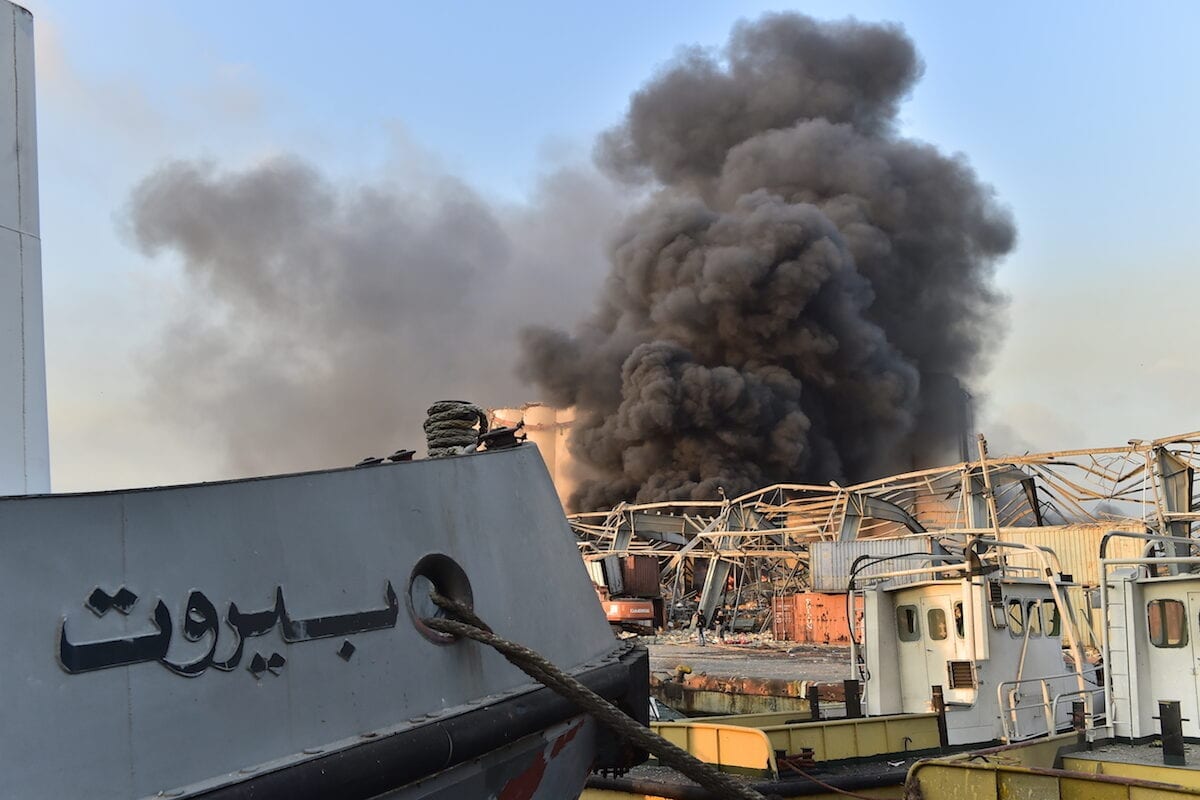 Smoke rises after a fire at a warehouse with explosives at the Port of Beirut led to massive blasts in Beirut, Lebanon on 4 August 2020. [Houssam Shbaro - Anadolu Agency]
August 6, 2020 at 4:00 am

The Governor of Beirut Marwan Abboud announced on Wednesday that 300,000 Lebanese citizens have become homeless in the wake of the massive explosion that occurred in Beirut port, Al Watan Voice reported.

Speaking to LBCI Lebanon News, Abboud revealed that the losses resulting from the most extreme explosion that Beirut has witnessed in years are estimated between $3-5 billion and "maybe more".

He also informed that ten firefighters' lives were lost in the blaze.