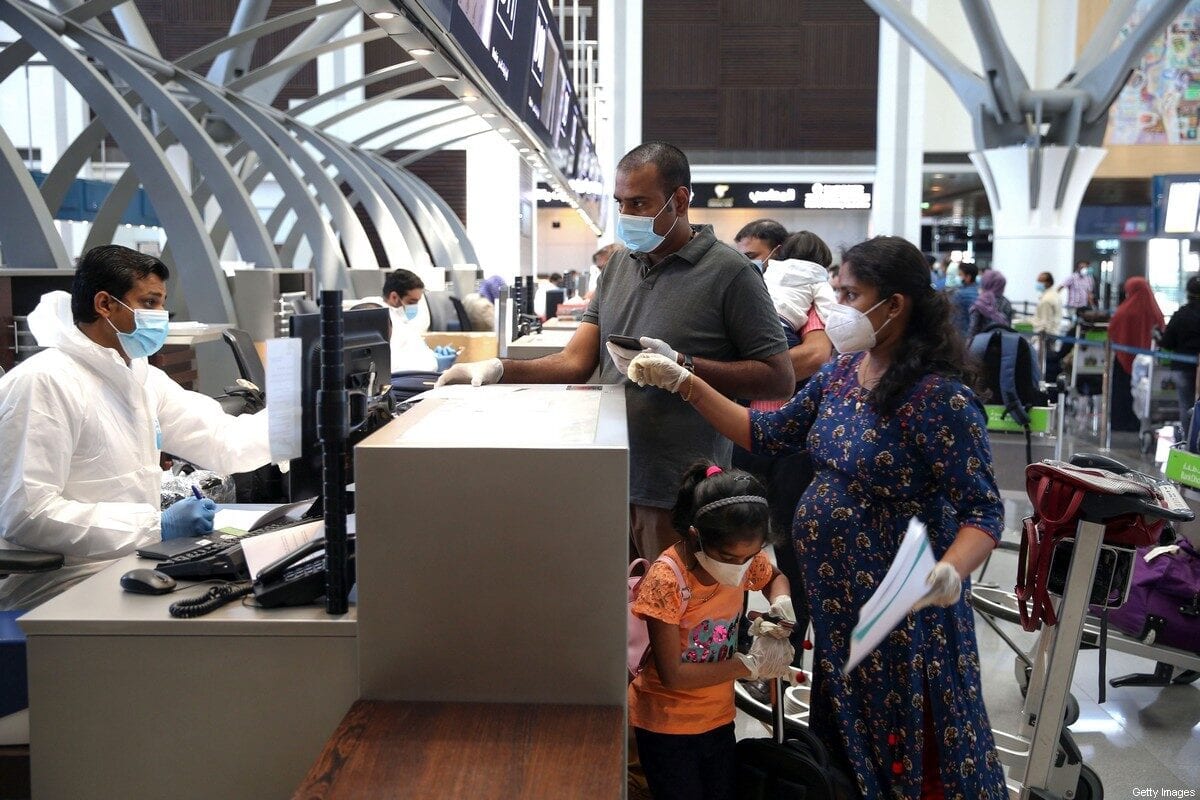 Indian nationals check in at the Muscat International Airport before leaving the Omani capital on a flight to return to their country, on May 9, 2020, amid the novel coronvirus pandemic crisis. [MOHAMMED MAHJOUB/AFP via Getty Images]
August 25, 2020 at 10:31 am

The number of Oman's expatriate public sector workers have "declined remarkably" over the past year, the Sultanate's National Centre for Statistics and Information (NCSI) announced yesterday.

NCSI pointed out that the number of expatriate workers in the government sector had amounted to 54,687 in January. "A total of 10,120 expatriate workers we laid off over 2020's first seven months, marking an 18.5 per cent drop," the state-run centre noted.