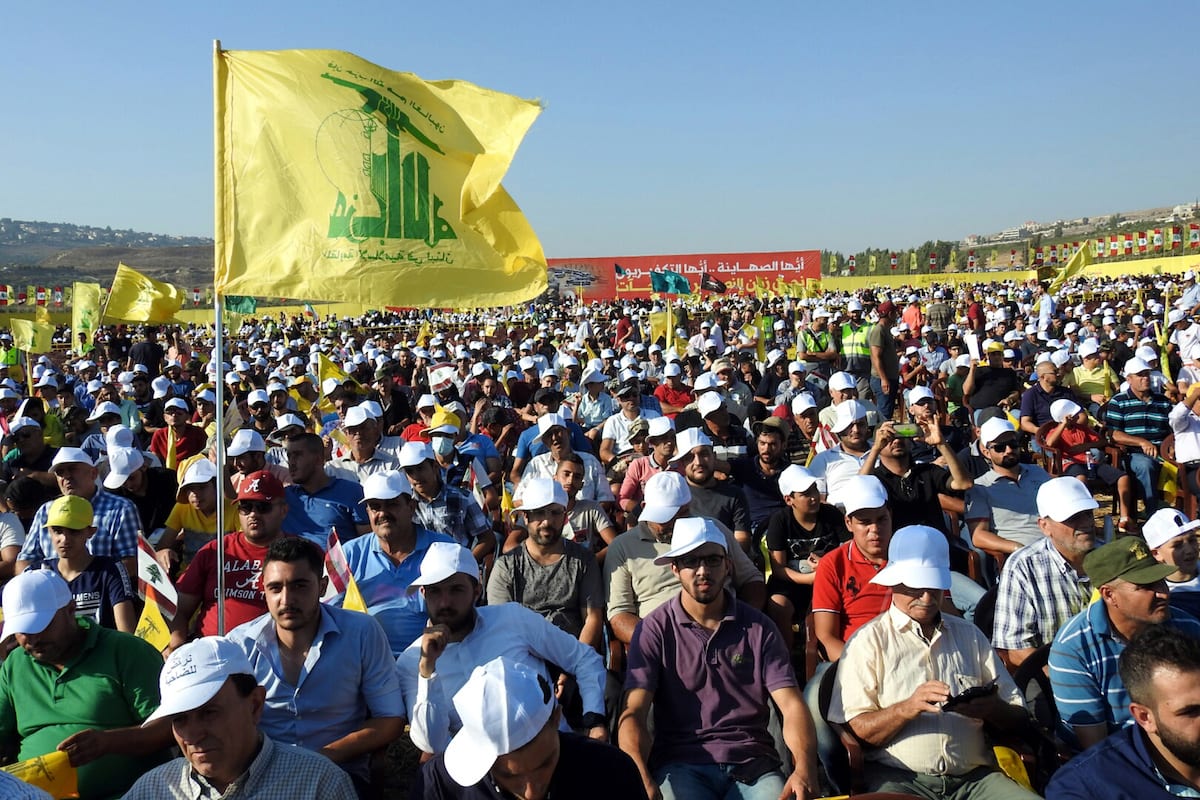 Supporters of Hezbollah gather during a speech by Hassan Nasrallah, the Secretary-General of Hezbollah on 13 August 2017 [Ali Dia/Anadolu Agency]
October 14, 2020 at 3:36 pm

Lebanon's Hezbollah and Amal movements have voiced their rejection of the delegation formed to negotiate with Israel over their disputed sea border and have called for changing the team ahead of today's first meeting.

The delegation was put together by President Michel Aoun who is a political ally of Hezbollah.

In a statement issued last night, Lebanon's two main Shia-dominated parties said the negotiating team must include military officials only, without any civilians or politicians and emphasised on the April 1996 Understanding and UNSCR 1701 which states that such meetings are to be solely held between military officials.

"The two demand immediately rowing back from this decision and re-forming the delegation in line with the framework agreement," the statement said as the current delegation "harms the stance of Lebanon, its ultimate interest, and trespasses all of our country's elements of power."

"It also deals a strong blow to Lebanon's role, resistance, Arab position, and represents a submission to the Israeli logic that wants to obtain any form of normalization".

The following statement was issued by the leaderships of the Amal Movement and Hezbollah:

Commenting on the composition of the Lebanese delegation negotiating the demarcation of the border, which holds its first meeting today, Wednesday, it is important to clarify the following: pic.twitter.com/QOYm8892g7

A short session took place today at the UN peacekeeping force headquarters in the Lebanese border town of Naqoura and was mediated by the US with a second round scheduled for 28 October. However both sides have insisted the talks are purely technical in nature and are not a sign of normalised ties. Hezbollah has also reiterated this stance.

The talks mark a "first step in the thousand-mile march towards the demarcation" of the maritime frontier, Brigadier General Bassam Yassin was quoted as saying in a statement issued after the session.

"Based on the higher interests of our country, we are looking to achieve a pace of negotiations that would allow us to conclude this dossier within reasonable time."

The maritime territorial dispute between the two countries covers an area in the Mediterranean Sea spanning about 860 square kilometres (approximately 332 square miles), known as Block 9, which is rich with oil and gas and both countries are keen to exploit the area having issued licenses to energy exploration companies.