Lebanon marks protest anniversary with return to the streets 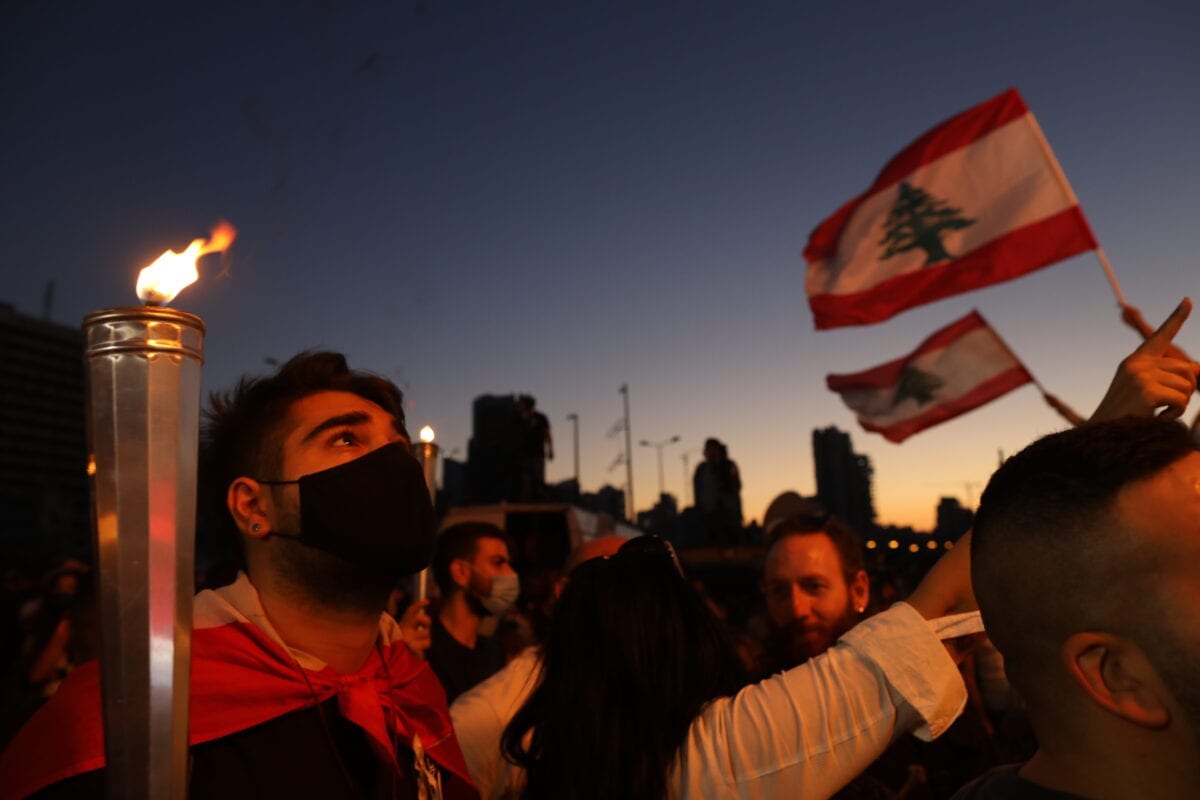 The people of Lebanon have marked the first anniversary of the popular anti-government protests by returning to the streets over the weekend.

On Saturday, protesters marched through Beirut's downtown district from Martyr's Square, the site of mass demonstrations last October, towards the central bank, parliament building and the city's port, where a massive explosion rocked the capital on 4 August.

Groups of activists from the northern town of Tripoli, eastern towns of Baalbek and the Bekaa, as well as demonstrators from the southern cities of Sidon and Tyre, joined the protests in Beirut. Separate demonstrations were also held in Sidon and Nabatieh.

Waving Lebanese flags and banners, the crowds in Beirut called for an end to the country's sectarian political system and demanded that the current crop of politicians, who are seen widely as corrupt and negligent, leave their posts. Clashes broke out between riot police and protesters in the capital after nightfall, and tear gas was fired.

During Saturday's protests, President Michel Aoun repeated an earlier appeal for cooperation with activist leaders, saying that, "My hand is still extended for us to work together to achieve demands of reforms… it is not too late."

The leader of the Lebanese Forces Christian political party, Samir Geagea, voiced support for the protest movement. He tweeted a picture with the caption "revolution until the goals are reached". British Ambassador Chris Rampling and the UN Special Coordinator to Lebanon, Jan Kubis, also published messages of support.

Demonstrators took to the streets on 17 October last year in response to a proposed tax on internet phone calls, termed the "WhatsApp tax". Less than two weeks after the initial protests started, the then Prime Minister Saad Hariri resigned in what was seen as a victory for the people on the streets. However, as Lebanon's economic and financial crises started to bite, the protest movement decreased in size and was later forced off the streets by the global coronavirus pandemic.

The August blast in Beirut killed nearly 200 people, injured 6,500 others and left more than 300,000 homeless. This led to a brief resurgence of the protest movement with demonstrators carrying out mock hangings with effigies of Lebanese leaders in the streets of the capital.

A year of multiple crises has pushed more than 50 per cent of Lebanon's population under the poverty line and seen the local currency lose nearly 80 per cent of its value. As a result, many Lebanese who were part of the past year's protest movement have either already left the country or are seeking to leave for a better life abroad.

WATCH: Lebanese are no longer begging for change. Instead, they are begging to leave.