Working mothers hit back at nursery closures in Jordan 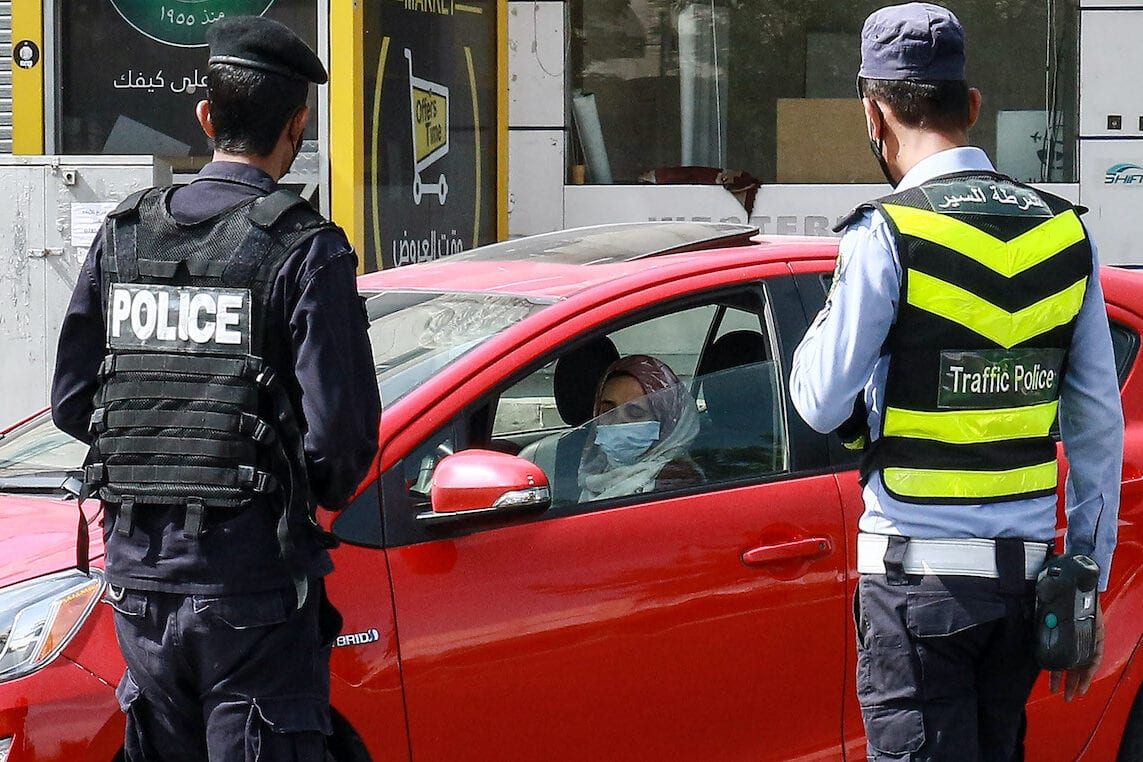 Jordanian policemen stop a vehicle and check the identification documents of its driver at a checkpoint during a COVID-19 coronavirus lockdown in the capital Amman on 9 October 2020. [KHALIL MAZRAAWI/afp/AFP via Getty Images]
October 21, 2020 at 8:00 pm

Working mothers staged protests on Wednesday against Jordan's decision to close all nurseries until year-end, saying the move unfairly targets women in the pandemic, Reuters reports.

Jordan has already endured one of the strictest lockdowns in the region and now working mothers fear a second knockback as the country tries to stem the spread of the novel coronavirus.

"This decision has taken us back to events of (the first lockdown), when mothers were in disarray and nurseries were collapsing," said Rana Ali of Sadaqa, an organisation that advocates for women in the workplace.

"It's an added burden on mothers who will lose the ability to balance their childcare duties and their work."

Mothers and daycare workers demonstrated against the shutdown – due to begin on Saturday – outside the social development ministry, echoing growing anger on social media.

"Nurseries offer a crucial solution for thousands of working women and it is not a luxury," tweeted Hadeel Seddiq.

"The closure decision is unfair and remote work is not a viable option for many professions."

The protests came a day after the ministry of social development announced the planned shutdown, with almost 41,000 coronavirus infections and 414 deaths recorded countrywide.

The ministry did not respond to requests for comment.

It marks the second time that nurseries will close because of COVID-19 after a near three-month hiatus in spring.

Only about 400 of the nation's 1,400 nurseries re-opened after lockdown was lifted in June, citing financial losses and new hygiene and testing costs, Ali said.

Nebal al-Haliq, who owns two nurseries in the city of Salt, 22 miles (35 km) from the capital, said the closure would hurt mothers and the 10 staff who tend to 55 children in her care.

"My priority is securing their salaries because their only source of income is the nursery," she told the Thomson Reuters Foundation.

"And I'm still paying off the debts from the first closure."

Dentist Majd Hawamdeh said she would take her two children from Salt to her parents in Amman, a two-hour round-trip that she must make twice daily to carry out her job.

With only three hours work in between, the 29-year-old said had no choice but to cut patient numbers, halving her income.

"Meanwhile I have bills to pay every month," she said. "These don't stop whether you go to work or not."

Women make up less than 15% of the workforce in Jordan, one of the lowest rates in the world, according to the World Bank.

"We already have challenges that face working women and these decisions… will only worsen women's economic participation," Ali said.