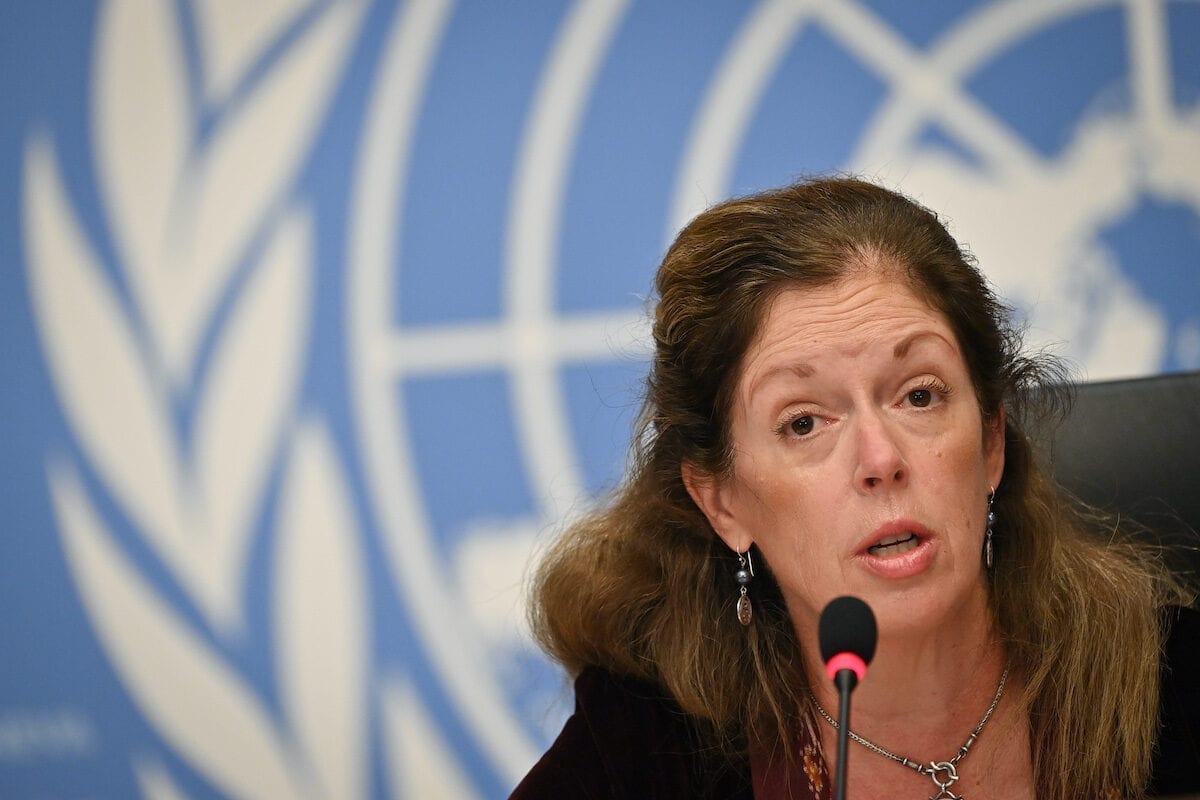 Deputy Special Representative of the UN Secretary-General for Political Affairs in Libya Stephanie Williams attends a press conference on talks between the rival factions in the Libya conflict on 21 October 2020 at the United Nations offices in Geneva. [FABRICE COFFRINI/POOL/AFP via Getty Images]
October 22, 2020 at 5:00 am

Head of the United Nations Support Mission in Libya (UNSMIL) Stephanie Williams announced on Wednesday that the two parties to the Libyan conflict have reached a series of preliminary agreements to resolve the crisis.

Williams confirmed that the new agreements in the last round of talks of the (5 + 5) Joint Military Commission in Geneva between the two military delegations of the Government of National Accord (GNA) and the Libyan National Army (LNA) included reopening land roads, resuming domestic flights and facilitating communication between regions to settle the detainees' issue.

Air navigation between the capital of Tripoli and the eastern city of Benghazi is scheduled to resume at the end of this week.

The two sides also agreed to maintain the ceasefire on the battle frontlines and avoid any military escalation, in addition to taking the necessary steps to restructure the Petroleum Facilities Guard (PFG) to ensure the continuity of oil production.

Williams praised the decision of Head of the Presidential Council of Libya Fayez Al-Sarraj to leave his position, noting that his resignation should contribute to ending the long transitional period in the country and move towards democratically electing a government.

The UN official expressed her hope about the possibility of achieving a permanent ceasefire in Libya, while praising the "seriousness and commitment" shown by the Libyan delegations during the Geneva negotiations.

Williams condemned foreign interference in the Libyan conflict, calling on the involved states to stop meddling with the Libyan file.