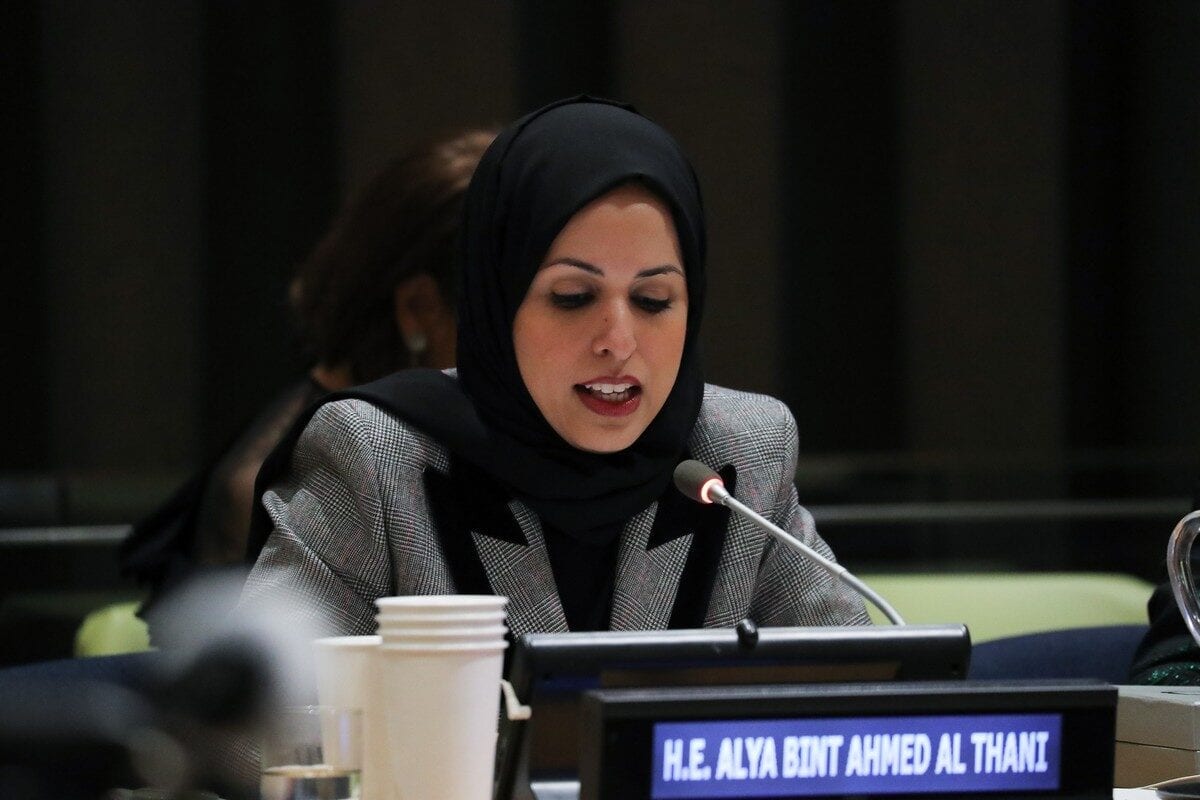 Ambassador Sheikha Alya Bint Ahmed Bin Saif Al-Thani, Permanent Representative of the State of Qatar to the UN in New York City, US on 8 March 2018 [Kim/Getty Images]
October 22, 2020 at 9:45 am

The government of Qatar has welcomed a UN initiative to de-escalate tension in the Gulf, the Qatari News Agency has reported. Qatar's permanent representative to the UN, Alya Bint Ahmed Al-Thani, made this clear to the UN Security Council on Wednesday.

"Qatar stresses the strategic importance of the region and the need for serious endeavour towards resolving crises peacefully, achieving political and security stability and strengthening preventive diplomacy," explained Bint Ahmed. "Resolving differences through dialogue is the core of Qatar's foreign policy and the approach it has followed in dealing with the Gulf crisis with wisdom and the principles of peaceful settlement of disputes."

UN Secretary-General António Guterres proposed the creation of a platform to work on regaining confidence among the Gulf States, as well as building a new regional security body to deal with legitimate security threats. He also called for collective efforts to de-escalate tensions and end conflicts.

Since June 2017, Saudi Arabia, UAE, Bahrain and Egypt have been imposing a blockade and sanctions on Qatar over claims that it supports terrorism. Qatar denies the allegations.