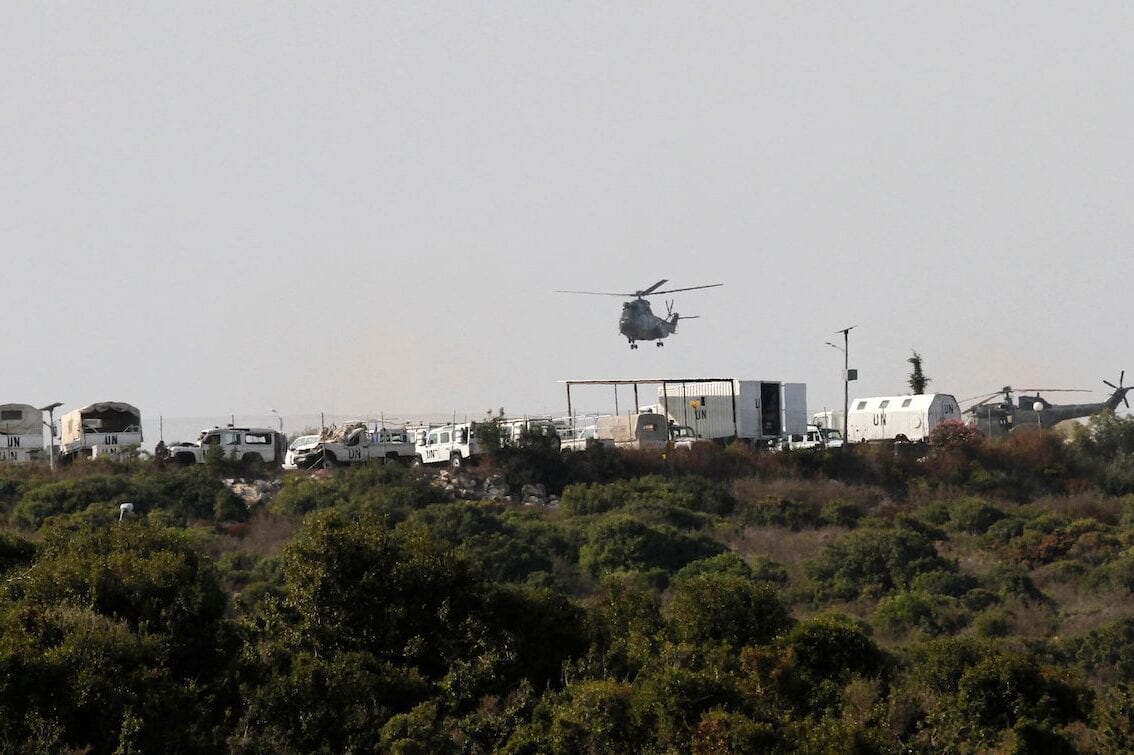 A Lebanese army helicopter hovers over the southern Lebanese border town of Naqura where the second round of of talks started on 28 October 2020 between Lebanon and Israel at a UN base on the demarcation of the maritime frontier between the two countries. [MAHMOUD ZAYYAT/AFP via Getty Images]
October 29, 2020 at 1:00 am

Lebanon's Hezbollah has raised its alert level to a maximum degree on all fronts, in parallel with the Israeli military manoeuvres that kicked off last Sunday, local media reported.

Lebanon 24 news site quoted informed sources within the group stating that the party has raised its level of readiness across the country, and summoned a number of its members, in anticipation of any Israeli military action to which Prime Minister Benjamin Netanyahu may resort during this sensitive stage.

Last Sunday, the Israeli military launched a large-scale exercise simulating war on various fronts near the country's borders with Lebanon and Syria.

On Tuesday, the Israeli army inaugurated the Forests of Galilee training facility, simulating a Lebanese village 300 metres from the border, with the aim of enhancing its offensive capabilities and providing a rapid response in cases of emergencies in the north.

Israeli Defence Minister Benny Gantz, during a tour in northern Israel, affirmed that the Lebanese people should know that Hezbollah is their problem, not Israel, and that: "They will pay the price for any aggression from Hezbollah."

Lebanese president: 'We count on Washington's role in demarcating borders with Israel'