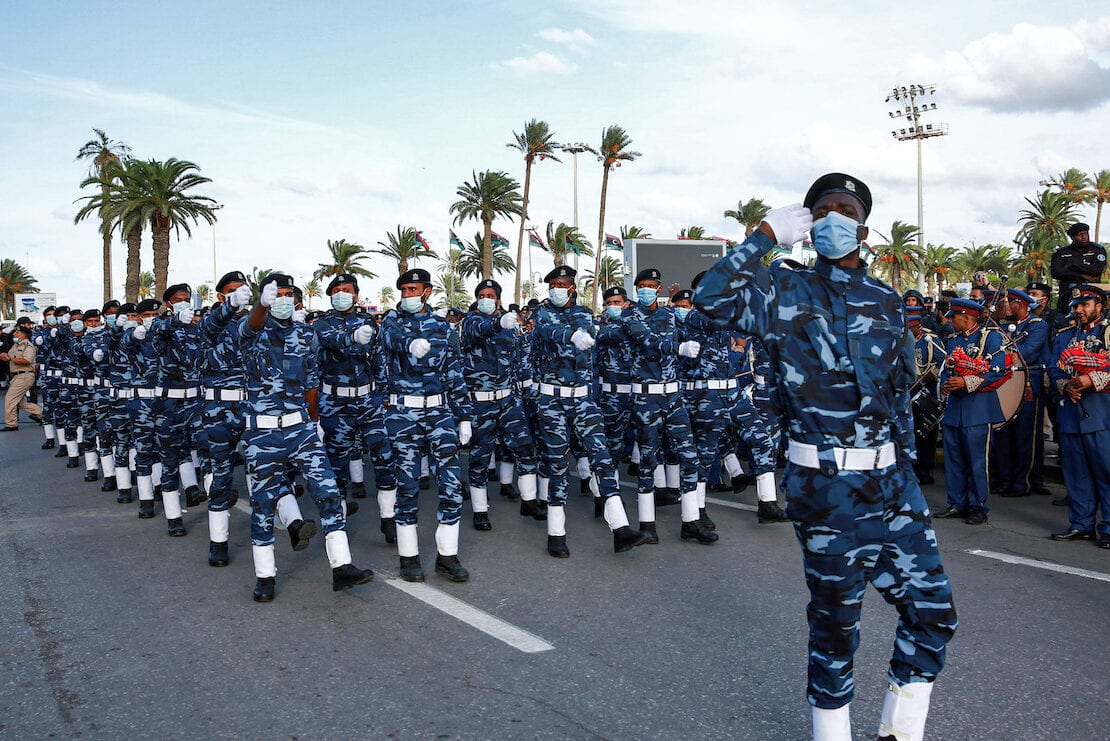 Security forces of Libya's UN-recognised Government of National Accord (GNA) in the GNA-held capital Tripoli on October 8, 2020. [MAHMUD TURKIA/AFP via Getty Images]
October 29, 2020 at 7:00 am

An official at the Ministry of Interior of the Libyan Government of National Accord (GNA) ordered the heads of relevant departments to intensify search and investigation efforts to pursue legal procedures against former Minister of Local Government Badad Qansu.

The ministry also ordered the arrest of Qansu who will be referred to the attorney general.

The Libyan attorney general's office recently issued decisions to arrest a number of directors of institutions affiliated with the GNA on charges of intentionally damaging public funds.

The director of branches in the Ministry of Interior, Brigadier General Mahmoud Daw El-Hawat, stated in a communiqué that the search for Qansu was instructed by the head of the Criminal Investigation Department (CID).