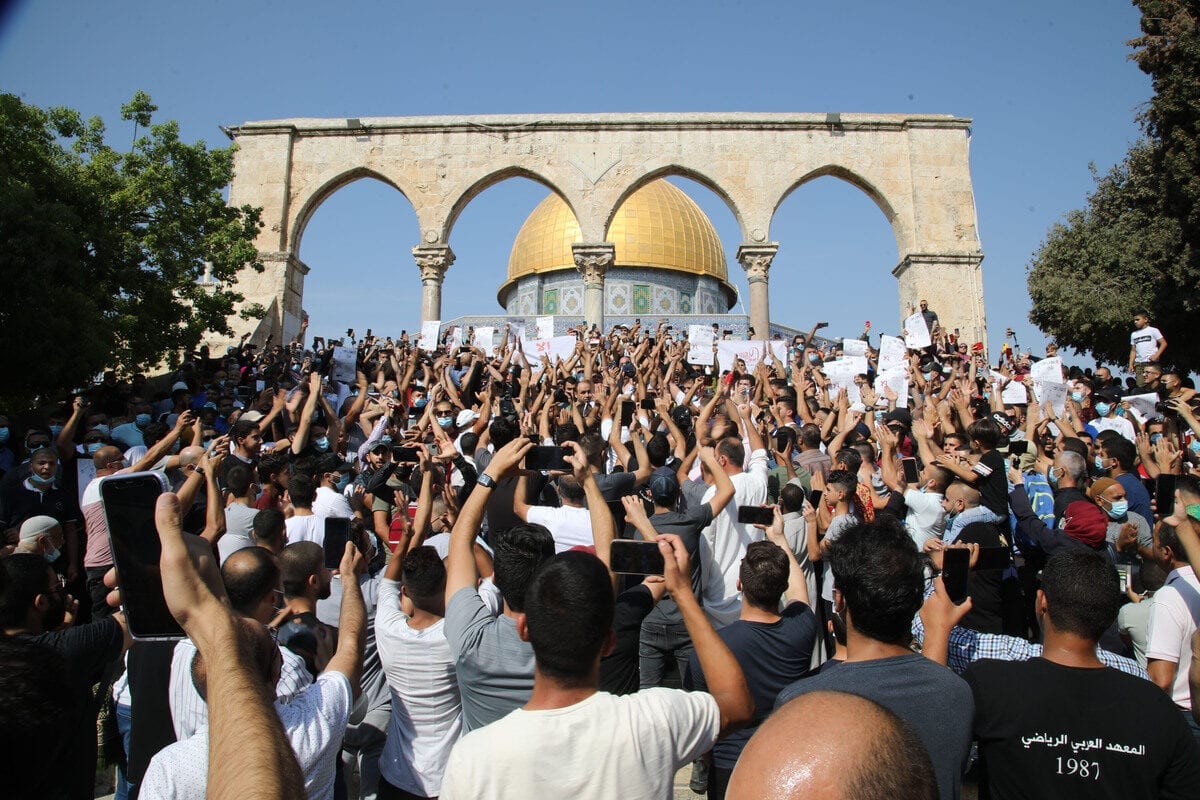 Palestinians seen during a protest against comments by French President Emmanuel Macron defending cartoons of the Prophet Mohammed, held after the Friday Prayer outside the Dome of the Rock in the Al-Aqsa Mosque Compound, in the Old City of Jerusalem, on October 30, 2020 [Mostafa Alkharouf / Anadolu Agency]
October 31, 2020 at 1:27 pm

"The French president has declared his hostility towards Muslims around the world," Sabri announced.

After Friday prayer, thousands of worshippers gathered at the Al-Aqsa complex, holding banners praising the Prophet Muhammad, criticising Macron and calling for a boycott of French products.

Following the demonstrations, eyewitnesses told Anadolu Agency that Israeli police chased the worshippers and arrested one of them, in addition to a cameraman.

Opinion: The humiliation of Arabs

Earlier this month, Macron described Islam as "a religion in crisis" and announced plans for tougher laws to tackle "Islamist separatism" in France.

French Muslims have accused him of trying to repress their religion and legitimising Islamophobia.

Macron's attitude towards Islam, the republication of caricatures insulting the Muslim Prophet Muhammad and their projection on the walls of buildings have triggered boycotts of French products in several countries including Qatar, Kuwait, Algeria, Sudan, Palestine and Morocco.