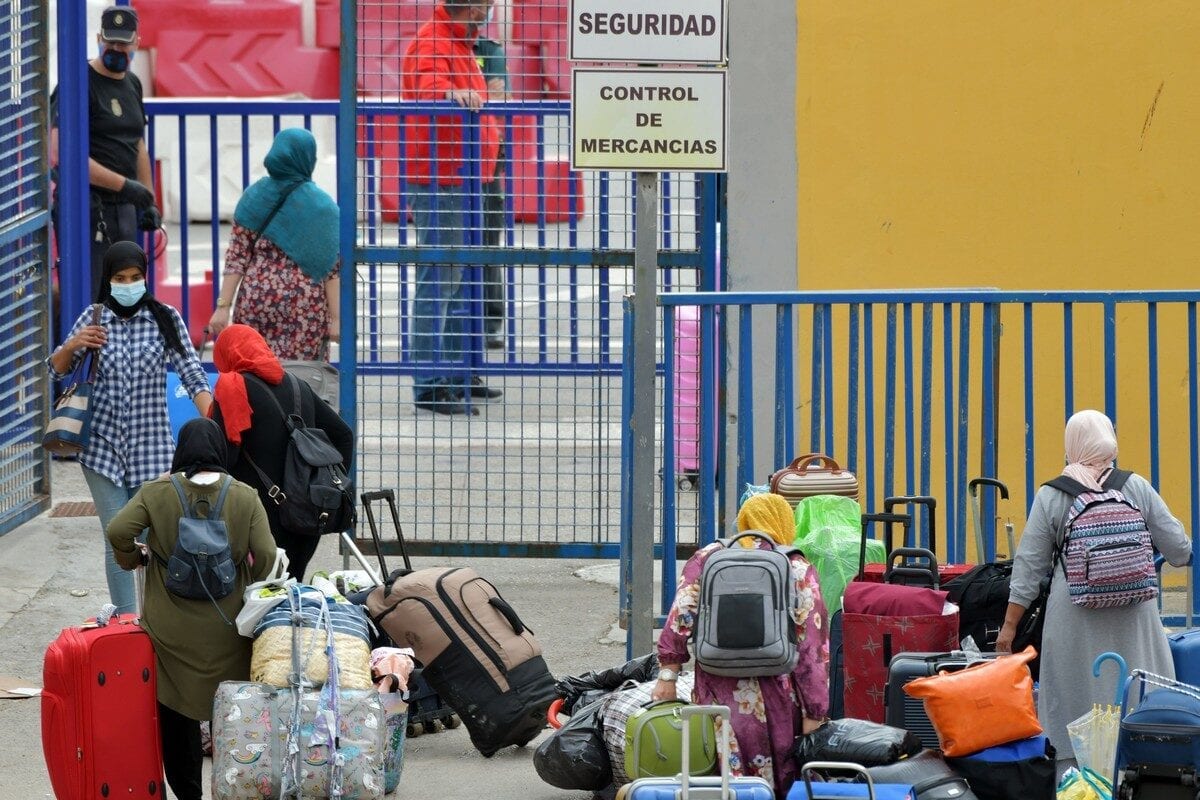 Moroccan nationals, stranded in Spain, go through customs prior to crossing the Spanish-Moroccan border in the Spanish enclave of Ceuta on 30 September 2020 [ANTONIO SEMPERE/AFP/Getty Images]
November 3, 2020 at 11:32 am

An official report by Morocco's Economic, Social and Environmental Council has said that closing the land borders with the Spanish enclaves of Ceuta and Melilla will not end smuggling, Anadolu has reported. The two enclaves on Morocco's Mediterranean coastline have long been demanded back from Spain by the government in Rabat.

The council is an independent constitutional body that provides advice to the government and parliament. Its annual report was presented to King Mohammed VI and published in Morocco's Official Gazette on Sunday evening.

"The closure of the Ceuta and Melilla crossings by Morocco, and the ban of commercial operations in the port of Melilla since July 2018 are effective measures in the short term," said the report. "However, the closure does not focus on addressing the deep causes that allowed the spread of smuggling."

Hundreds of Moroccans are involved in smuggling basic commodities from Ceuta and Melilla to be sold across Morocco. They carry huge bags on their backs loaded with Spanish goods.

"One of the main reasons for the spread of this smuggling is the deficiency in economic and social development in the areas surrounding the two cities for decades," the report pointed out.

The council presented some recommendations to counter the smuggling operations, which have existed for at least 60 years. The recommendations include "tax and financial incentives, and simplifying administrative procedures for national companies to encourage commercial expansion in the areas adjacent to Ceuta and Melilla."

Last March, the Moroccan authorities closed the Ceuta and Melilla crossings because of the smuggling. "Moroccan women who smuggle commodities at the Ceuta crossing are living in a tragic situation, and have to sleep for more than two days in the street," noted the Moroccan Parliament in February.

Morocco refuses to recognise Spanish sovereignty over the cities of Ceuta and Melilla, and regards them to be an integral part of the Kingdom. The government in Rabat has called on its counterpart in Madrid to engage in direct negotiations on the issue.