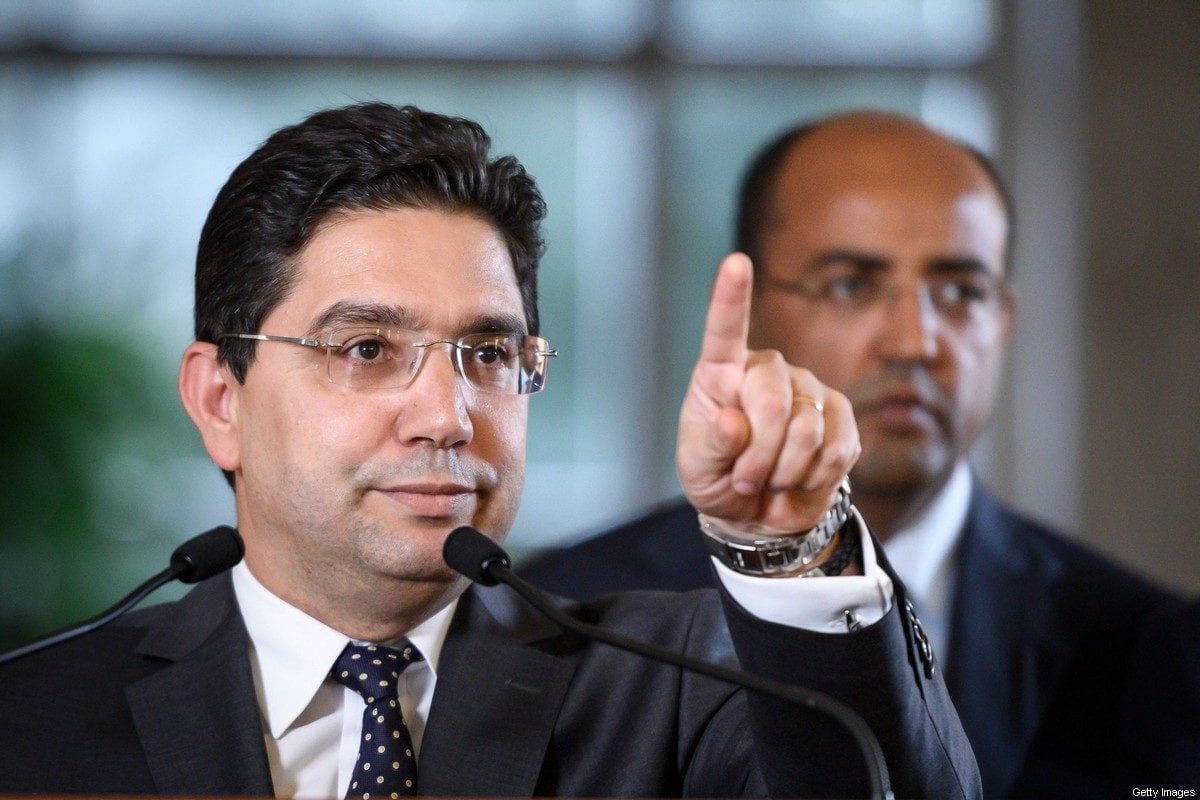 Moroccan Foreign Minister Nasser Bourita attends a press briefing closing two days of talks on the Western Sahara region, a disputed region since 2012, on December 6, 2018 at the UN Offices in Geneva [FABRICE COFFRINI/AFP via Getty Images]
October 30, 2020 at 3:32 pm

The Moroccan Ministry of Foreign Affairs said on Tuesday that Zambia and the Kingdom of Eswatini opened consulates in the Western Sahara, bringing the total number of foreign missions in the region to 15.

Moroccan Foreign Minister Nasser Bourita said during the opening ceremony that "the number of consulates in the Sahara reached 15, eight among them are in Laayoune and seven  in Dakhla."

Rabat also announced this week that the UAE will become the first Arab country to open a diplomatic mission in the Morocco-controlled area.

READ: Algeria-Morocco competition exposes the closed shop nature of influence within the AU

The UAE decided to open a consulate in Laayoune, according to a statement announced by the royal court on Tuesday night, which will be the first Arab diplomatic representation in the region.

The Moroccan monarch welcomed this "important historic decision in support of the territorial integrity of the Kingdom".

Western Sahara is a former Spanish colony that extends over an area of 266,000 square kilometres, it witnessed an armed conflict until a ceasefire was declared in 1991 between Morocco, which annexed it in 1975, and the Polisario, which called for its independence, backed by Algeria.

Morocco controls 80 per cent of the area.

Morocco considers that the opening of foreign diplomatic representations in the region "is very important (…) and a legal sign that comes within the framework of the exchange of documents and the Vienna Treaty on consular relations," reported the Moroccan News Agency.

For decades, the United Nations has sponsored efforts to find a political solution to end the conflict.

The last UN envoy to the area resigned in May 2019 on health grounds and no successor has been appointed.