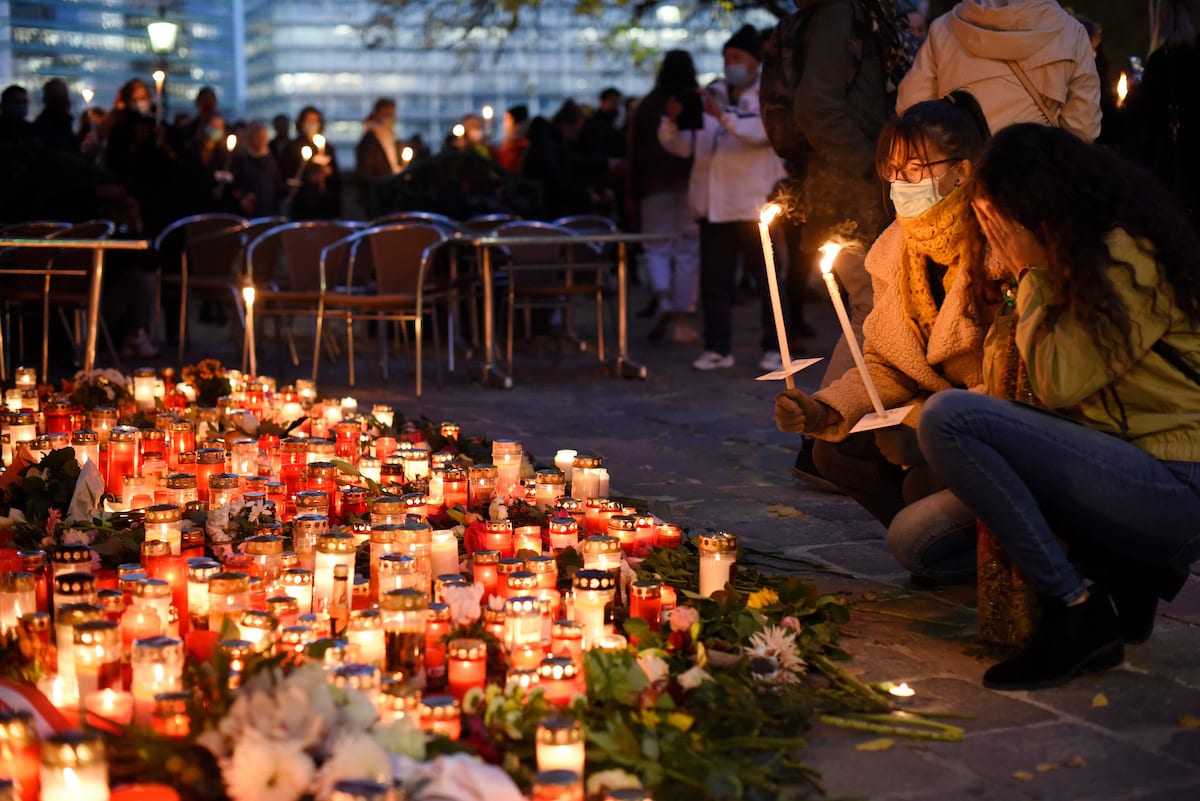 People light candles at a makeshift memorial at the scene of a terror attack last Monday in which a gunman shot a number of people, on 5 November 2020 in Vienna, Austria. [Thomas Kronsteiner/Getty Images]
November 8, 2020 at 5:00 pm

The terrorist, Austrian national Kujtim Fejzulai, was monitored via security surveillance on Sept 1, 2018, when he arrived at the Istanbul Ataturk Airport from Vienna, Turkey's General Directorate of Security said in a statement.

It said that joint investigation by intelligence and counter-terror teams revealed the terrorist's attempt to join Daesh by illegally crossing into Syria from Turkey's southern Hatay province.

He was arrested in Hatay on Sept. 18, 2018, and after legal procedures, was deported to Austria on Jan. 10, 2019 by Hatay's Directorate General of Migration Management.

It was revealed that Turkish authorities had shared the information detailing Fejzulai's organizational structure, and attempts to join Daesh with Austrian authorities.

Although sentenced to 22 months in prison, he was released on probation 11 months before he completed his sentence, Ruf said.

At least four people died and 22 others were wounded in the terror attack in the Austrian capital on the night of Nov. 2.