The future of American democracy: Inequality, polarisation and violence 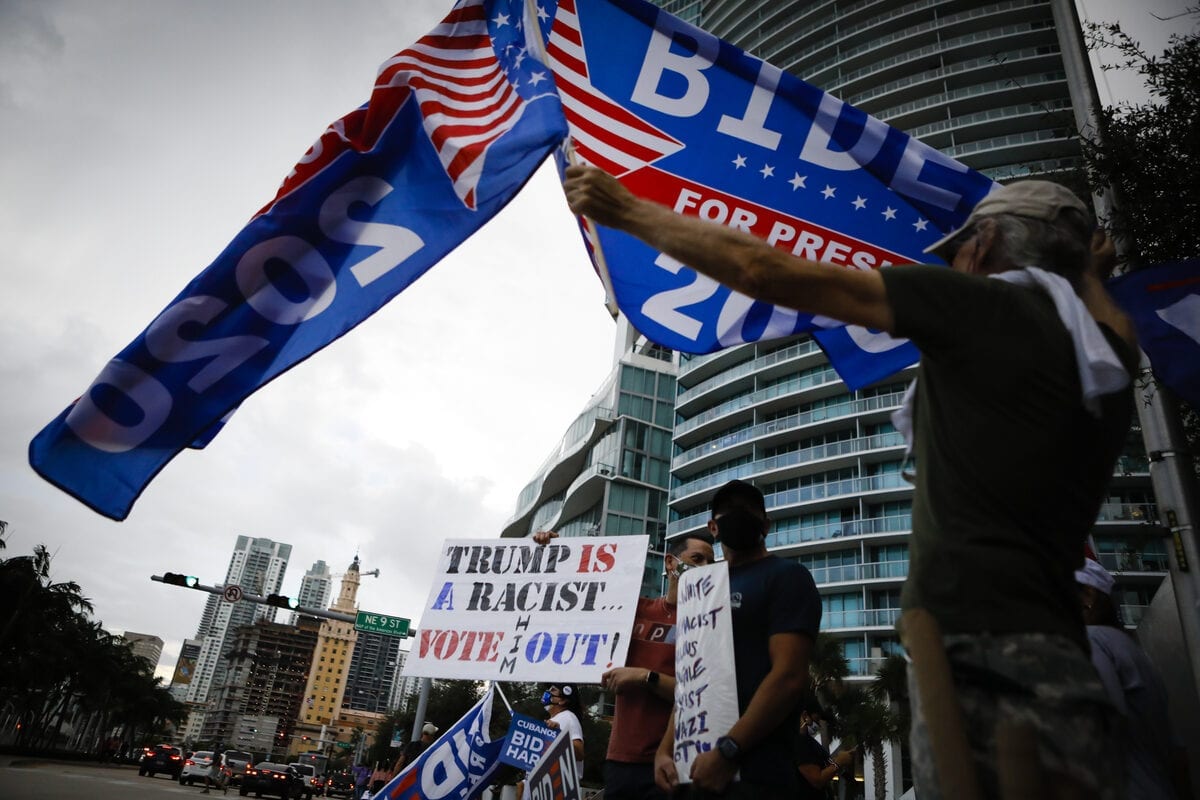 In January 2017, the Economist Intelligence Unit's Democracy Index downgraded the state of democracy in the United States from "full" to "flawed". The demotion of a country that has constantly prided itself not only on being democratic, but also on championing democracy around the world, took many by surprise. US pundits duly challenged the findings.

However, judging by events that have transpired since, the accuracy of the EIU Index continues to demonstrate itself in the everyday reality of American politics, including the extreme political and cultural polarisation; the growing influence of armed militias; police violence; the mistreatment of undocumented immigrants, including children; and the marginalisation of the country's minorities in mainstream politics.

The Index has, finally, exposed the deteriorating state of democracy in the US because it is based on 60 different indicators which, aside from traditional categories — the function of government, for example — also include gender equality, civil liberties and political culture. Judging by the number, diversity and depth of these indicators, it is safe to assume that the outcome of the US presidential election will not have an immediate bearing on the state of American democracy. On the contrary, the outcome is likely to fragment further an already divided society and continue to turn the country's state-run institutions — including the US Supreme Court — into a battleground for political and ideological alliances.

While the buzzword throughout both main election campaigns has been "saving American democracy", the latter is likely to worsen in the US in the foreseeable future. This is because America's ruling elites, whether Republicans or Democrats, refuse to acknowledge the actual ailments that have afflicted the country's political culture for many years.

Sadly, when the campaign of Senator Bernie Sanders, a former Democratic presidential nominee, insisted that massive structural adjustments were necessary at every level of government, he was dismissed by the Democratic establishment as "unrealistic" and altogether "unelectable". Sanders was, of course, right, because the crisis in American democracy was not initiated by the election of Donald Trump in 2016. That was merely a symptom of a larger, protracted problem.

Major issues are unlikely to be resolved effortlessly by the outcome of the election, and so will continue to downgrade the state of democracy in the US; the inequality gap is one example. Income inequality, which is the source of socio-political strife, is one of America's major challenges, and has been for over 50 years. Inequality, now compounded by the Covid-19 pandemic, is worsening; it affects certain racial groups — African Americans in particular — and women more than others. According to a study conducted by the Pew Research Centre in February 2020, "Income inequality in the US is the highest of all the G7 nations." It is a major concern for 78 per cent of Democrats and 41 per cent of Republicans.

Both Republicans and Democrats have succeeded in making their case to enlist the support of certain strata within American society, while doing very little to fulfil the many promises that the ruling establishments of these two camps often make during election campaigns.

READ: The PA needs to clarify its concept of 'negotiations' in abandoned Palestine

For example, Republicans use a populist political discourse to reach out to working-class white Americans, promising them economic prosperity, yet there is no evidence that the lot of working-class white American families has improved under the Trump administration. The same is true with Democrats, who have, falsely, long situated themselves as the champions of racial justice and fairer treatment of undocumented immigrants. 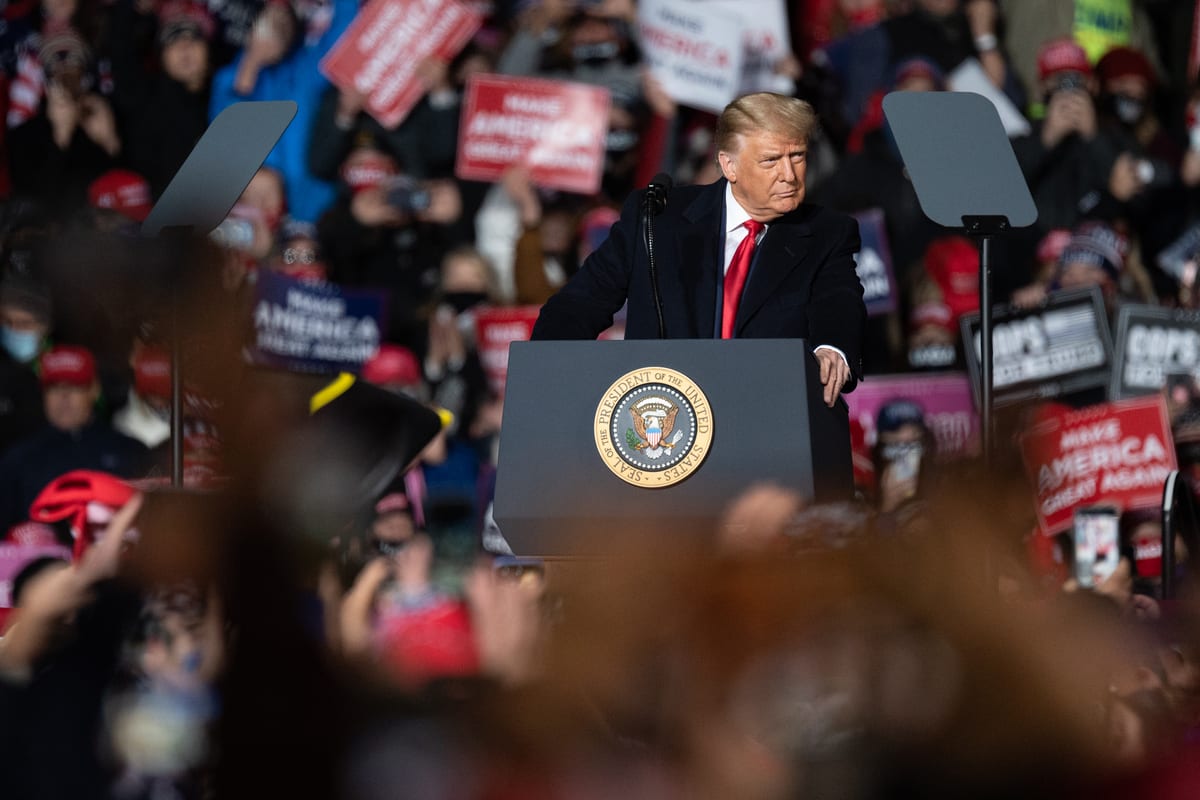 The militarisation of society arises from socio-economic inequality and political polarisation at their worst, leading to a waning trust in democracy and the role of the state in fixing a deeply flawed system. This lack of trust in the central government goes back to the earliest days of the United States of America, hence the constant emphasis on the Second Amendment of the US Constitution regarding "the right of the people to keep and bear arms".

It is a fact that American society is one of the most militarised in the world. According to the Federal Bureau of Investigation (FBI), two-thirds of all domestic terrorism in the US is carried out by right-wing militias, who are now more emboldened and angrier than ever before. An October report from the Southern Poverty Law Centre puts the number of active anti-government paramilitary groups in the US at 180. That is an incredible figure; it should be no surprise, therefore, to learn that, for the first time in many years, talk of another "American Civil War" has become a daily feature of mainstream media.

It would be entirely unrealistic to imagine that democracy in the US will be restored as a result of any elections, let alone the latest. Without a fundamental shift in US politics that confronts the underlying problems behind the socio-economic inequality and political polarisation, the future carries the possibility for yet more fragmentation and, possibly, violence.

The coming weeks and months are critical in determining the future direction of American society and the democratic processes that are meant to underpin it. Alas, the current indicators are hardly promising.