Report: Iraq translators who worked with US fear reprisal from Iran-backed militias 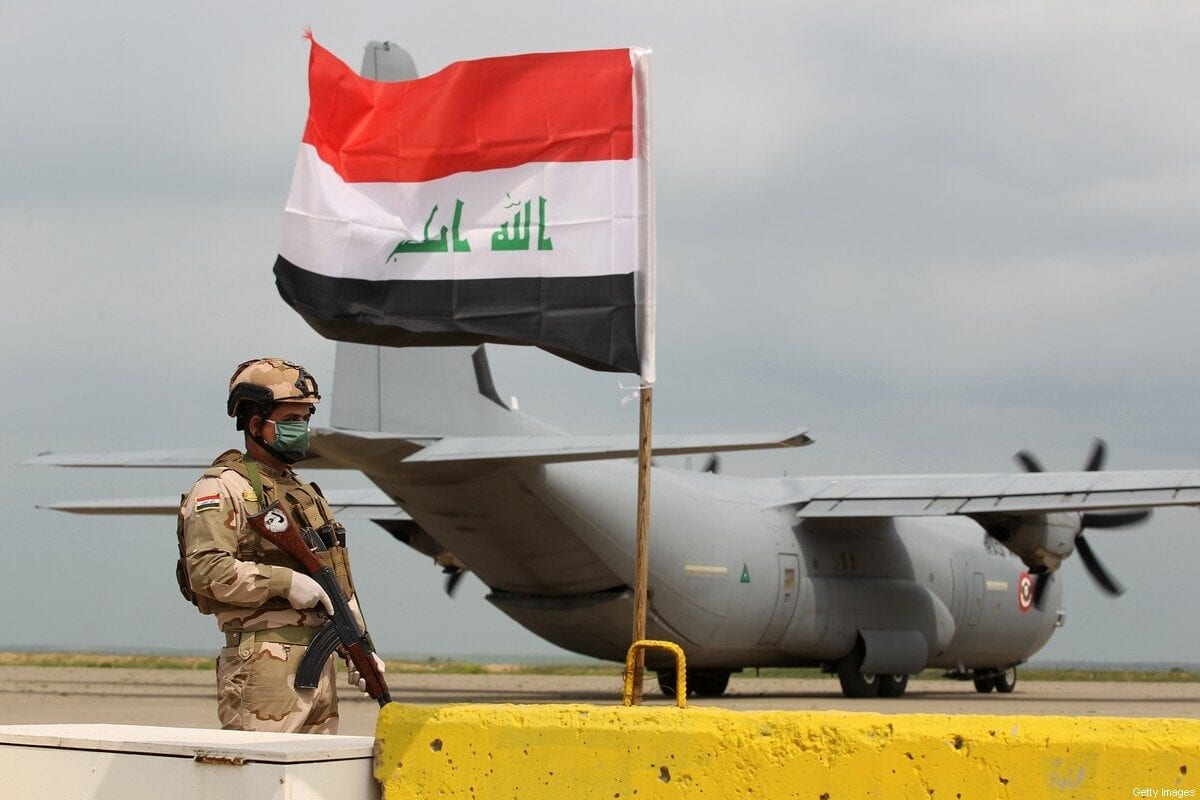 An Iraqi soldiers stands guard in front US military air carrier at the Qayyarah air base, in Iraq [AHMAD AL-RUBAYE/AFP via Getty Images]
November 16, 2020 at 12:30 pm

Iraqi translators who worked with the US military fear their personal information has been leaked to Iranian-backed militias, leaving them vulnerable to targeted attacks, the Washington Post reported.

The US military, according to the report, gave the translators' personal information, including their real names, addresses and car licence plate numbers, to the Iraqi army to help translators travel around the country.

However, Iranian-backed militias "have so permeated parts of Iraq's security apparatus" that they have been able to access this information, the report said.

They believed the information had come from a military coordination centre run by the Iraqi security forces.

One translator from Baghdad told the Post: "When we realised where the information had come from, we were shocked. The list contains everything. Phone numbers, ID numbers, even our real names."

"It'd be an easy mission to hunt us down," the translator said. "They have all the information now. What if this list now goes online?"

Some information has already gone online, however.

In June, local agency Sabreen News, published a list of names and personal information pertaining to former Iraqi translators, according to the Post.

The information included names, addresses, identification numbers of Iraqi drivers as well as the make, model, year and licence plate numbers of their cars.

The published document, the report added, bore the logos of the US-military coalition and the US Defence Department, though the Post was not able to independently verify the list's authenticity.

Concern for translators, many of whom have been laid off as part of the US withdrawal from Iraq, has risen in recent months.

Many are unemployed, out of money and concerned about their protection.

However, even as the danger is mounting, the options for immigration to the US are decreasing.

Former translators are no longer able to apply for the Special Immigrant Visa programme, which closed in 2014, while Iraqi refugee entries to the US are capped to 4,000 annually.

Despite the 4,000 cap, however, only 161 US-affiliated Iraqis were resettled last year, according to the International Refugee Assistance Project.

The US had agreed to accelerate hundreds of applications made by US-affiliated Iraqi translators earlier this year, after they were halted by US President Donald Trump's 2017 travel ban, but it remains unclear if cases were accelerated.

READ: Iraq to open tomb of 2,000 civilians killed by Daesh