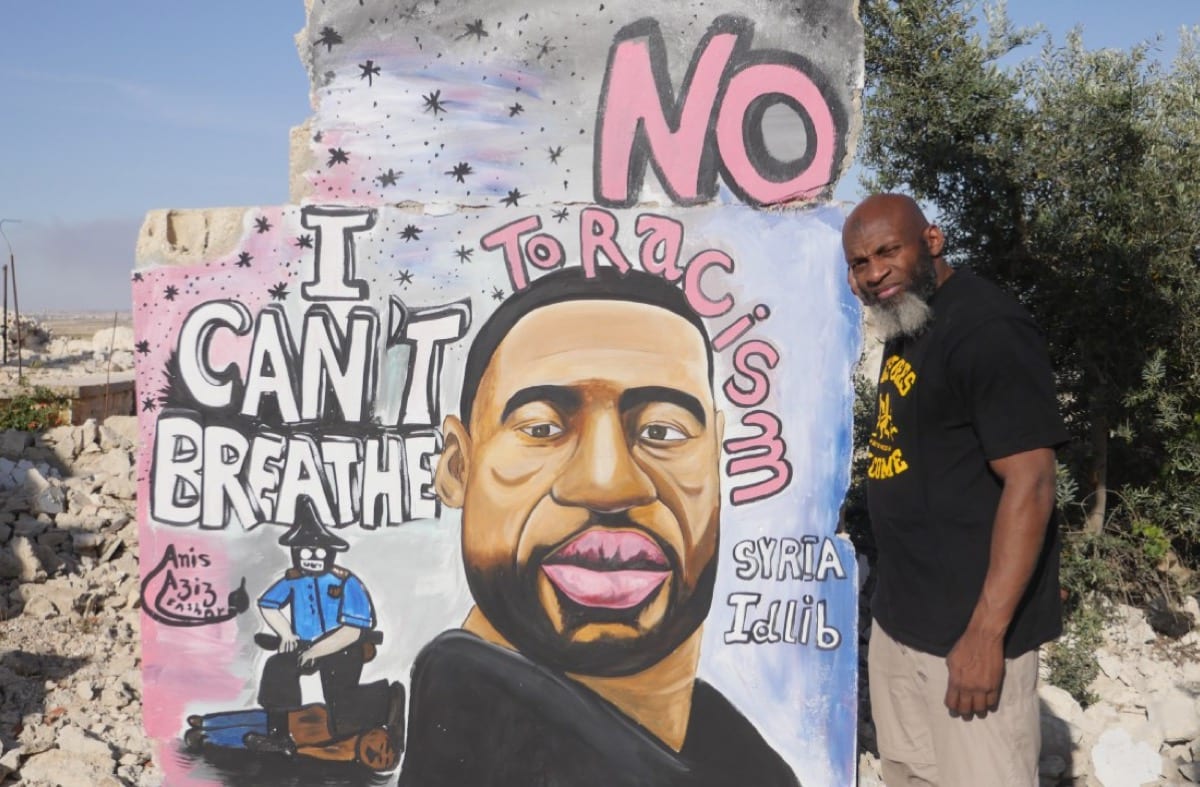 American journalist Bilal Abdul Kareem yesterday challenged his inclusion on a US government "kill list" even though he is thousands of miles away in a rebel-held prison in Syria. The US Federal Court heard how the controversial New Yorker believes that he has been targeted by at least five US-led drone attacks while reporting on the Syrian conflict. Abdul Kareem has been in the field since setting up his OGN news network in 2012.

Ironically, it is the veteran war correspondent's fearless style of journalism and brash way of speaking truth to power which has landed him in prison in rebel-held Idlib. The dominant rebel group Hayat Tahrir Al-Sham (HTS) arrested him in August, as reported exclusively by MEMO.

Abdul Kareem is no stranger to danger. His brutally frank style of reporting the Syrian conflict has regularly upset Daesh, the Russian military, Iranian-backed Shia militia groups and the Assad regime. The Americans probably aren't the only ones who want him dead. The fact that he has been targeted by all sides, including his country of birth, is a very likely testament to his impartiality as a journalist.

During his time in Syria, he has reported for the BBC, Channel 4, CNN, Sky News and Al Jazeera. His simple but compelling narrative, often through the eyes of innocent Syrians, has won him accolades from OGN viewers and online readers while drawing fire from those in power.

READ: This shocking video exposes the truth about HTS torture in Syria

Even though he is their prisoner, the leaders of HTS obviously have a grudging respect for Abdul Kareem and his work; they allowed me a 20 minute conversation with him a few days ago from his cell in Idlib. Talking about the hearing on Monday, the African American journalist told me: "This case is vitally important. I'm convinced that the US government put me on a kill list and tried to assassinate me using its drone programme."

During our conversation he told me that he was fine and well despite his incarceration. Although the nature of the charges are still unclear, HTS assured me that the "interrogation period is now over" and insisted that the charismatic American would be able to resume his work "in the future".

It seems as if even the rebel Syrian group understands the importance of having an independent media voice reporting on the conflict. No doubt its leaders also realise that someone targeted by all of their enemies is perhaps better off delivering the news rather than making it. It remains to be seen if a trial goes ahead. 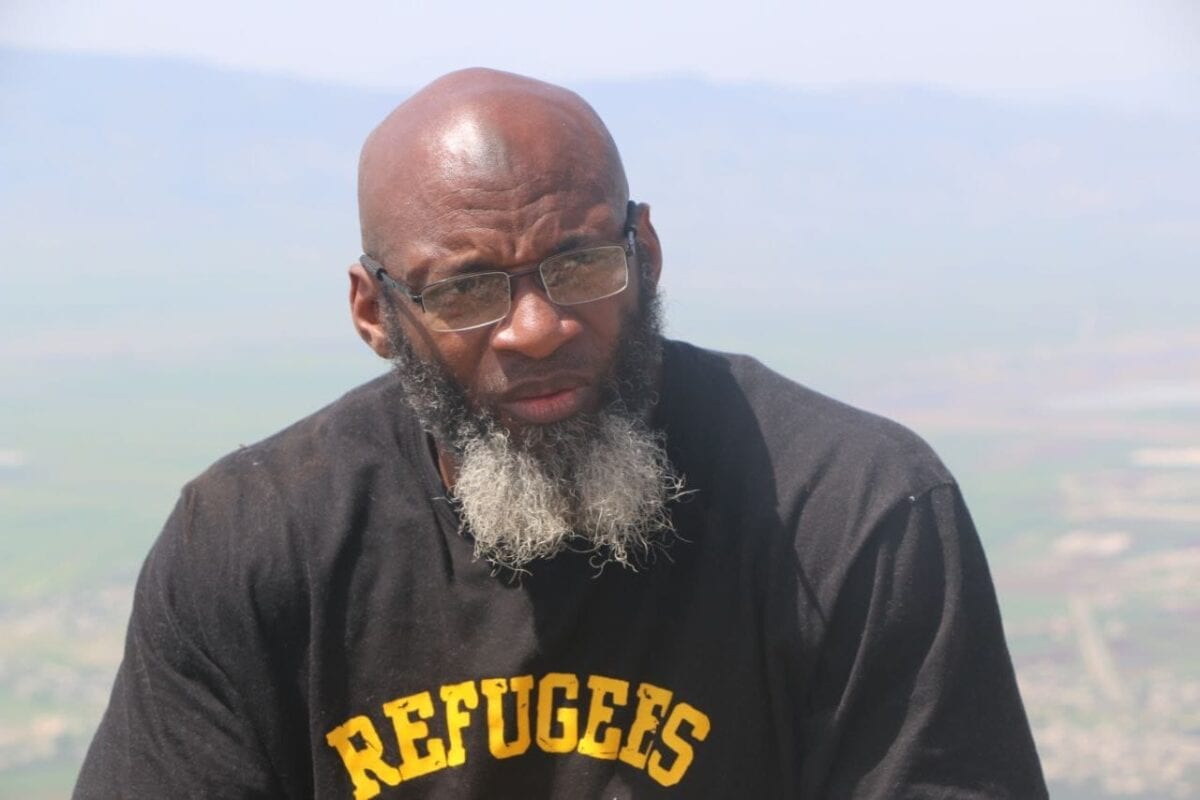 In the run up to his arrest and detention, Abdul Kareem had been critical of the HTS leadership but he also told me, "I think some took my reports personally which was never the intention. I just hope we can resolve this amicably and I can get back to work soon."

In the meantime, a three-judge panel back in the US heard arguments from lawyers representing the Peabody Award-winning journalist whose written testimonies reveal his beliefs that he was (and possibly still is) being targeted for assassination because of his work covering the conflict in Syria. In 2016, he narrowly escaped being killed in five separate drone strikes, including an attack on his office and two attacks on cars in which he was travelling.

Abdul Kareem's case focuses on whether signals intelligence led the US to conclude erroneously that he should be added to the classified kill list, unaware that his meetings with various armed groups were for the purpose of conducting interviews for OGN. The district court initially upheld his right to bring the case, holding that due process was "not merely an old and dusty procedural obligation", but instead "a living, breathing concept that protects US persons from over-reaching government action."

When the government then claimed that it would be required to disclose privileged "state secrets", the case was dismissed. The appeal, therefore, presents a stark and very serious question: Can the US government draw up and issue death warrants for its own citizens in total secrecy, without any judicial review, even when that individual demands due process in a US court?

Bilal Abdul Kareem has argued previously that he is a "champion of the American ideals of justice, transparency and accountability." He added that, "I hope the Court will see fit to uphold those same rights — my rights — at home."

His legal team issued a media statement in advance of yesterday's hearing to outline their case. The full verdict of the court is expected to be released later, but essentially the judges are being asked to decide if the US government has the power to kill its own citizens without judicial oversight when state secrets are involved.

According to Jennifer Gibson, an extrajudicial executions worker and lawyer for Abdul Kareem from Reprieve, "The Trump administration is asking the courts to jettison the right to due process, a value which sets America apart from dictatorships. The executive should not be allowed to act as judge, jury and executioner unchecked. In a country founded on the rule of law, Americans must have a right to challenge a secret death sentence."

For veteran anti-death penalty campaigner Clive Stafford Smith, also working on Bilal Abdul Kareem's behalf, the case presents "one of the most profound issues of human rights" in our lifetime. "Even George Orwell could not have imagined a lawyer from the 'Department of Justice' standing up in court to say that the US president may order the CIA to execute an American journalist in total secrecy, without any judicial oversight."

At the weekend, the Sunday Times printed extracts from Barack Obama's new book, in which he claims that he "took no joy" from ordering drone strikes against "terrorists". There were "542 drone strikes" while Obama — a self-styled "liberal president" — was in the White House, which "killed an estimated 3,797 people, including 324 civilians", including children. If the US Federal Court rejects his appeal, then Washington will be able to add people like Bilal Abdul Kareem to the list of "terrorists" and the fact that they were simply journalists doing their job will be lost among the bald statistics. That is how serious this case is. For everyone's sake, those three judges in the US really do have to "champion the American ideals of justice, transparency and accountability."