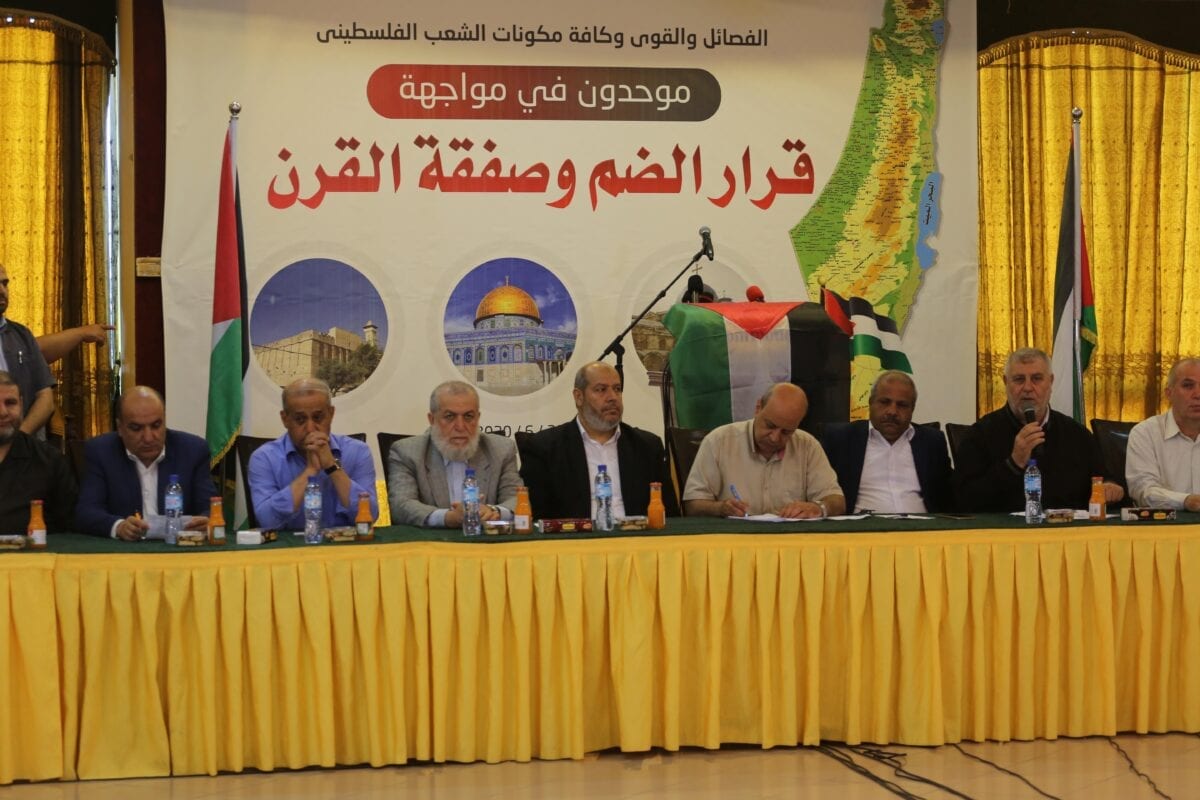 The national and Islamic forces and factions in Gaza, including Hamas and Fatah, reach an agreement on a unified national plan of action to confront the US' 'deal of the century' and Israel's annexation plans on June 28, 2020 [Mohammad Asad/Middle East Monitor]
November 18, 2020 at 10:56 am

In taking this step, Hamas said, the PA "is ignoring all the national values and principles as well as the outcomes of the conference held by secretaries-general of the Palestinian factions."

"This resolution is a stab in the back of the national efforts aimed at building up national partnerships and developing a national strategy to face off annexation plans and the deal of the century."

The Palestinian resistance movement was shocked that "this move came on the heels of the Israeli announcement of the construction of thousands of settlement units in the occupied West Bank," pointing out that the PA is justifying Arab states' normalisation of ties with Israel.

Hamas called on the PA "to backtrack on this move immediately and stop betting on [US President-Elect Joe] Bidon and other," stressing that "the land will not be liberated, the occupation will not be kicked out and the rights will not be maintained except through real national unity based on a comprehensive national programme with the strategy of resistance policy against the Israeli occupation."

The Palestinian Authority revealed yesterday that it will resume civil and security cooperation with Israel which was suspended in May over a now-frozen Israeli plan to annex parts of the occupied West Bank.