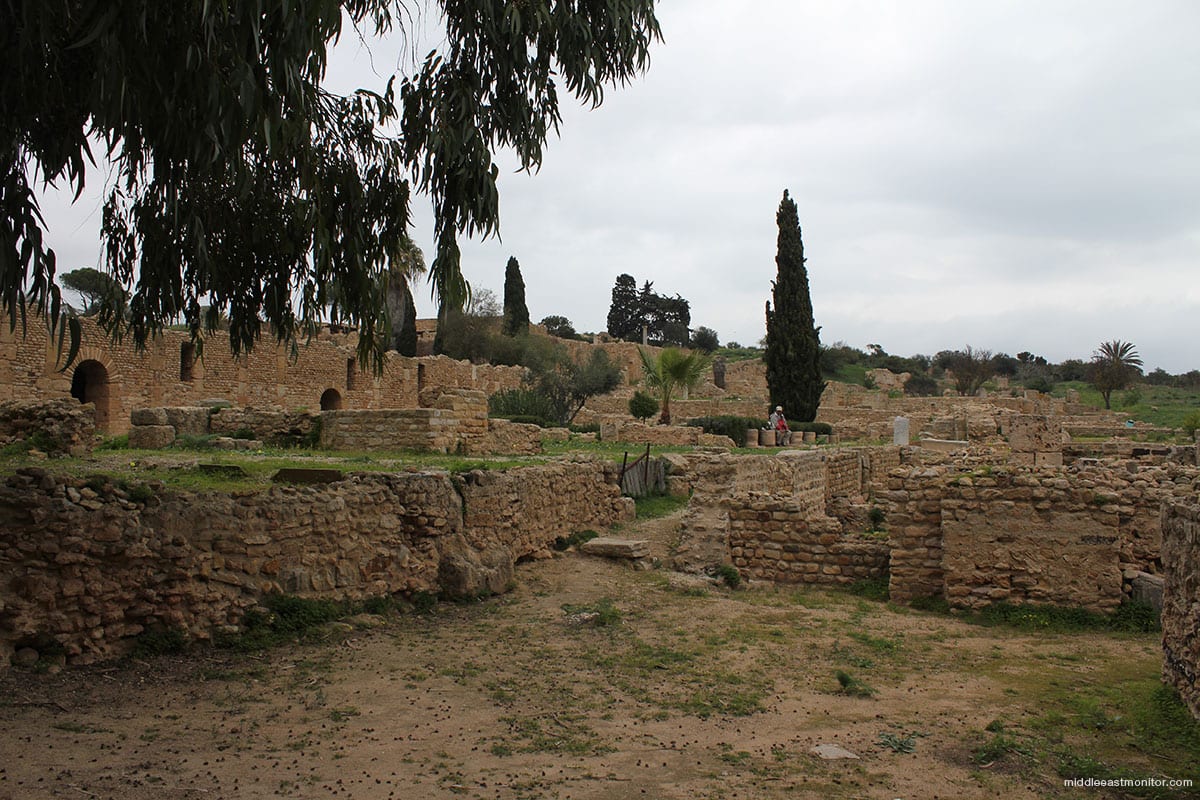 While the Tunisian political scene has recently garnered praise and attention for winning the Nobel Peace Prize, it has yet to win any prizes for establishing a thriving and stable economy. Tunisia's problems, mainly rooted in the realm of the political, have compounded and exacerbated the small country's economy. Tourism, one of Tunisia's main industries and which employs hundreds of thousands of people, has taken a significant drubbing in the past year alone. Where people used to rush to Tunisia to explore the ancient city of Carthage, relax in Mediterranean resorts and soak in the sun on sandy white beaches, tourists now look elsewhere. This is largely due to the terrorist attacks by Daesh that have specifically targeted tourists, including attacks last year on the Bardo Museum and the seaside resort of Sousse that claimed dozens of lives. Indeed, the ruins of Carthage stood silent, a veritable ghost city occupied only by the sheer majestic historicity of the place and a lone tour guide, Hassan.

Hassan, a gentleman now in his seventies, energetically spoke to me about the history of Carthage, the Punic Harbour and the ruined residences of the Roman emperors. He told me that just a year ago he would regularly guide tourists around the ancient ruins, regaling them with the myths and realities of Tunisia's rich history. However, Hassan told me that I was one of the first visitors he had seen in quite some time. With tears in his eyes, Hassan said: "By Allah, I am so happy to see fellow Arabs visiting us and thinking of their Tunisian brothers."

He said European tourists had all but stopped visiting, and that he hoped that "more Arabs will visit us instead, which will make the Europeans see that this is still a safe country". Indeed, although security seemed to be fairly lax in the many touristic areas that I visited, there was no hint that anyone was frightened of any impending attack. This level of calm is only indicative of the fact that such attacks are incredibly rare in Tunisia, with the past year being the exception that proves the general rule of peace.

Not long after the terrorist attacks last summer in Sousse, the BBC quoted a tourism worker as saying: "Tourism is dead. Completely dead." Unfortunately, not much has changed since then, as many Tunisians, young and old, are without work or else standing around the souks and other tourist destinations waiting for foreign passersby to guide for a modest price. Intissar Kherigi of the Jasmine Foundation, an NGO that seeks to encourage structural democratic change in Tunisia, told me: "Tunisians know that the economy is not producing enough jobs [and is] based on quite low added value economic activities." She added that the tourism industry is not producing enough jobs which pay a "decent living wage" and that perhaps it was necessary to "make structural changes to the economy". When asked about what policies the Tunisian government could enact to make sure that businesses do their fair share, Kherigi said: "The state needs to also say that we've invested [in] your business sector, and you have to also give something back to the economy."

Others were not so confident about the ability of government to provide them with any tangible changes. Mohammed, a street guide, told me: "What is the point of this democracy? All it brought to us was a deflated economy and eventually those [Daesh] terrorists." When asked whether he would prefer the return of the rule of strongmen like the toppled dictator Zine El-Abidine Ben Ali, Mohammed began by saying: "At least I would have a job!" A few moments later he told me that he had been "overreacting out of frustration", and that he could not guarantee that he would have been better off under Ben Ali or his like, but he just wanted a solution to the problem of unemployment.

But there is more to the economy than merely tourism. Hind is a young graduate engineer who also told me that she could not find any work. "I really thought that the revolution would get rid of the corruption that concentrated business and construction contracts into the hands of the elites, but I can't see a difference in my life or that of my friends," she said. "Where are the business opportunities, entrepreneurs or development contracts? The politicians gave us nothing, they're busy cutting deals with each other and jockeying for power. Who cares about the people?"

However, Hind was keen to stress that Ben Ali's ouster was a wonderful thing, and worth the current economic slowdown. "Let's be realistic, it's not as though [Ben Ali] ever cared about us. Remember the millions they found in his palace? He definitely wasn't sharing that with any of us."

Outside Ennahda's enclosure during the Jasmine Revolution's commemorative events, Ziad Saleh pointed at the party's banner and scornfully remarked about the slogan, "See what it says there? 'Freedom. Justice. Development.' We've got freedom, no justice and development, what development!?"

Saleh, in his early thirties, now works doing whatever he can, and was selling Tunisian flags to attendees of the commemoration of the revolution. The economic situation was addressed by some of the politicians I spoke to, and MEMO has already reported that the Ennahda MP for Sidi Bouzid, Naoufel El Jammali, has warned that democracies cannot exist without thriving economies.

El Jammali also addressed the dangers of disillusionment with the democratic process due to economic troubles, suggesting the dangers of misplaced nostalgia in an autocratic system that focused wealth in the hands of the elite. Indicating that terrorism is an international, and not solely Tunisian, issue, El Jammali said that Tunisia must not fall into the trap of compromising human rights with the justification of security "because it is [immoral] to distinguish between the terrorism of the state, and the terrorism of terrorists."

Other political parties were quite clearly seeking to take advantage of Tunisia's economic slowdown by making bombastic statements and electoral promises. A smaller party, the Justice and Development Party (JDP), had a banner on Habib Bourgiba Avenue promising to employ "one person from each family annually". Apart from seemingly trying to capitalise on the international popularity of the name of the Turkish Justice and Development Party, many such political actors attempt to attract voters and support by making promises that they may find impossible to keep, especially considering the fact that they have not provided a manifesto or strategy for how they would achieve such a lofty goal. Short of a massive expansion of the public sector fuelled by unsustainable debt and the diversion of investment from private enterprise and entrepreneurship, for now this is nothing more than a slogan. However, Rachid, who was standing near the banner, told me: "Nidaa Tounes and Ennahda didn't give us anything either. Why not vote for [JDP]? Things can't get much worse."

Perhaps one pivotal factor in the lack of economic activity is the international perception that Tunisia suffers from a lack of security. In fact, my earlier flight to Tunisia was cancelled because, according to the airline, the cabin crew did not feel safe spending the night there. Whilst I cannot claim to have been particularly impressed with their security standards on the anniversary of the revolution, this could be because the recent attacks were the exception rather than the norm. Not at any time did I feel any threat, danger or even a sense that I was unwelcome. On the contrary, it seems like the tourism sector is in overdrive to prove that they are ready, willing and able to cater to any and all needs for visitors to their country. Staff at hotels, tourist attractions, restaurants and even the police were friendly, welcoming and on hand to give advice and directions with a warm smile and a kind word or two.

"Tunisians are warm blooded, welcoming people and we're peaceful," said Hassan, Carthage's aging tour guide. "Who are these terrorists? We have never known anything like this before". Perhaps Hassan's words ought to be heeded, particularly as he is old enough to have lived through two dictators and now a democratic Tunisia. One thing is for certain – the Western world should put their money where their mouth is and not allow the terrorists to destroy the economy of one of the world's youngest democracies. To abandon Tunisia now is to abandon the claim that the West seeks to promote and support democracies around the world.