Attacking Al-Azhar is a gateway to attacking Islam 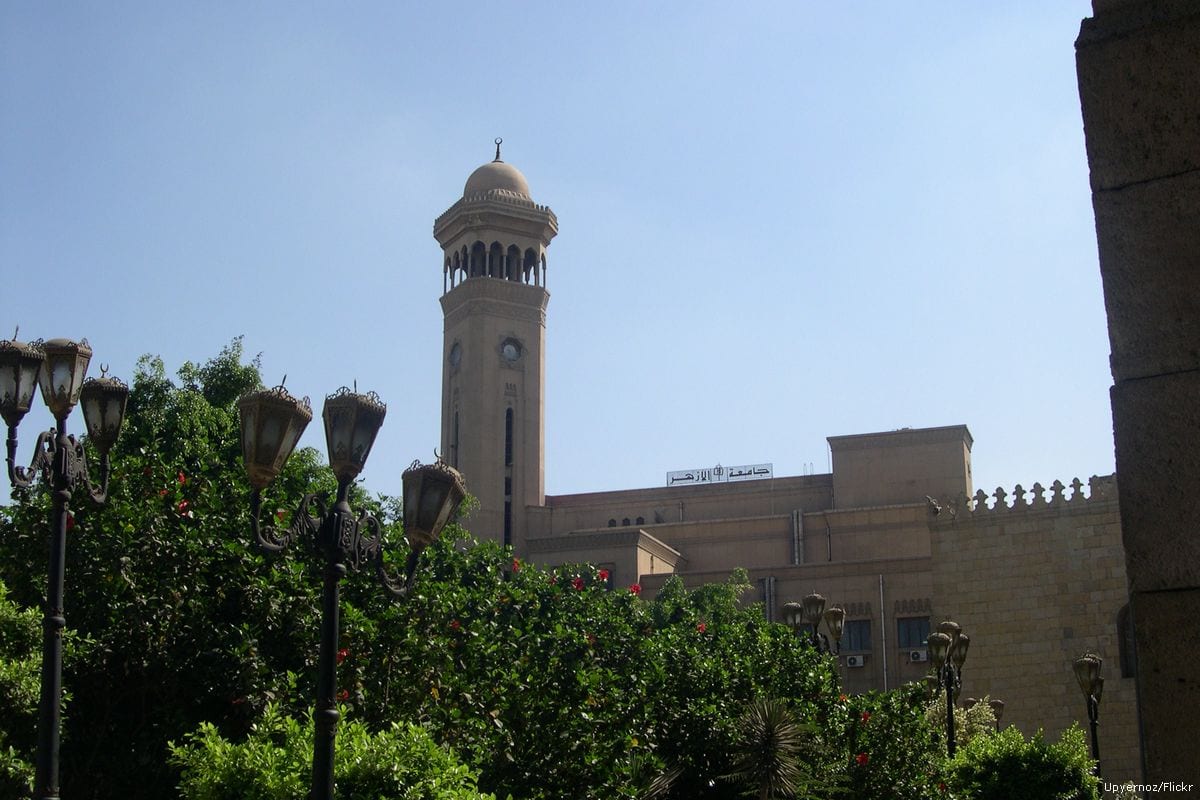 They used Al-Azhar as a gateway to attack Islam; a gateway through which they could sneak up on the constants of religion and tamper with them. For over a month, specifically after the bombing of the two churches in Alexandria and Tanta, the pro-coup media has waged a fierce attack on Al-Azhar and its educational curriculums. They claimed that they are the source of extremism and a terrorist cell breeding terrorists, and that they must change their curriculums. They have said that Al-Azhar should omit any verses on jihad and their interpretation, as well as not teach the stories of the Prophet's companions and historical leaders leading Islamic conquests. They believe that instead they should teach the Western scientists who invented electricity, penicillin, etc. Some have even gone on television to demand that Al-Azhar be shut down for 15 years in order to save the current generation!

This fierce attack on Al-Azhar coincides with the decision to remove the religious subject from schools next year and replace it with a class on morals, a move welcomed by secularists and satellite television channels. Since last year, a number of figures were removed from schoolbooks, such as Uqba ibn Nafi, Tariq ibn Ziyad and Salah Al-Din Al-Ayoubi, under the pretext that these figures incited violence. Can you believe it? This is happening at a time when the Pope of the Vatican was greeted with the welcome of a hero. The church bells were rung for him and hymns were played on every Egyptian satellite channel. Crosses were erected on all of Egypt's streets and squares. All of this confirms that the aim is to change Egypt's Islamic identity, and this is exactly what Abdel Fattah Al-Sisi has been trying to do since he staged his coup against the elected President, Dr Mohamed Morsi, and seized control of Egypt.

Since he announced his candidacy, he said in a television interview that he is responsible for religion in Egypt and since then, he has been dealing blows to Islam by means of his attacks on Al-Azhar. In his first speech on the day of the Prophet's birth, he said: "There is no way that 1.6 billion can kill seven billion people so they could live." This is a form of public incitement against Muslims before the entire world.

During the celebrations marking this day this year he said: "You are tiring me, Grand Imam." Why? Because during a previous speech he had called for restricting divorce by having it done before a judge and not accepting only verbal divorce. This is a blatant violation of the religion, and the Supreme Council of Muslim scholars, headed by Sheikh Al-Azhar. So Al-Sisi took it upon himself and instructed all his media mouthpieces to attack the Imam, even reaching the point of saying: "Why are you still in office. Have some shame and step down." 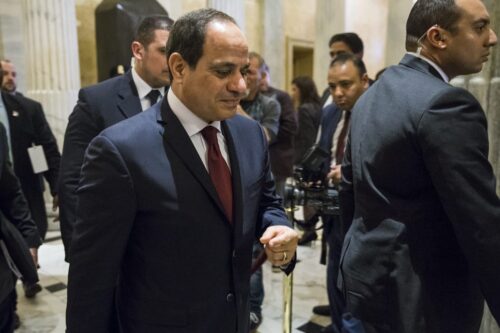 They also instructed some MPs to propose a project to restructure Al-Azhar that included the appointment of the Al-Azhar sheikh, the duration of his term, accountability, and many other matters that aim to suffocate Al-Azhar's sheikh and to replace him with a custom sheikh tailored to Al-Sisi's liking who does whatever is asked of him, despite the fact that the man cooperated with them on political matters. He stood with the coup from day one and he was in the famous picture that included Pope Tawadrous, along with the leader of the coup, El-Baradei, and other figures. He also did not condemn the massacres committed in the Rabaa Al-Adawiya and Al-Nahda Squares. None of this was enough for Al-Sisi, who toppled all his partners in the coup.

Egyptians now fear for their religion and have started to feel that this campaign directed against Al-Azhar and its sheikh is nothing more than an attack on Islam itself. This is especially true after the Ministry of Awqaf decided to open mosques only during prayer times and close them immediately after prayer. Meanwhile, churches are open 24 hours a day. They also decided that the Friday sermons would be unified for all mosques. It is very strange that the topics of the sermons have been set for the rest of the year and presented to Al-Sisi and the rest of the year is actually what is left of Al-Sisi's first term.

I reiterate, Egyptians are feeling protective towards Al-Azhar, as it the oldest university in the world and the beacon that shed its light on the entire world. Therefore, they are standing against this aggressive attack that targets Islam itself and uses Al-Azhar as a curtain behind which to execute its malicious plans. Despite our disagreement with Dr Ahmed Al-Tayeb, the Sheikh of Al-Azhar, over his support for the coup and his failure to condemn the Rabaa and Al-Nahda massacres, we still defend his position and status as sheikh of Al-Azhar, for the sake of the prestige of Al-Azhar and not him as an individual.