Regeni's family has names of Egyptian officials involved in his murder 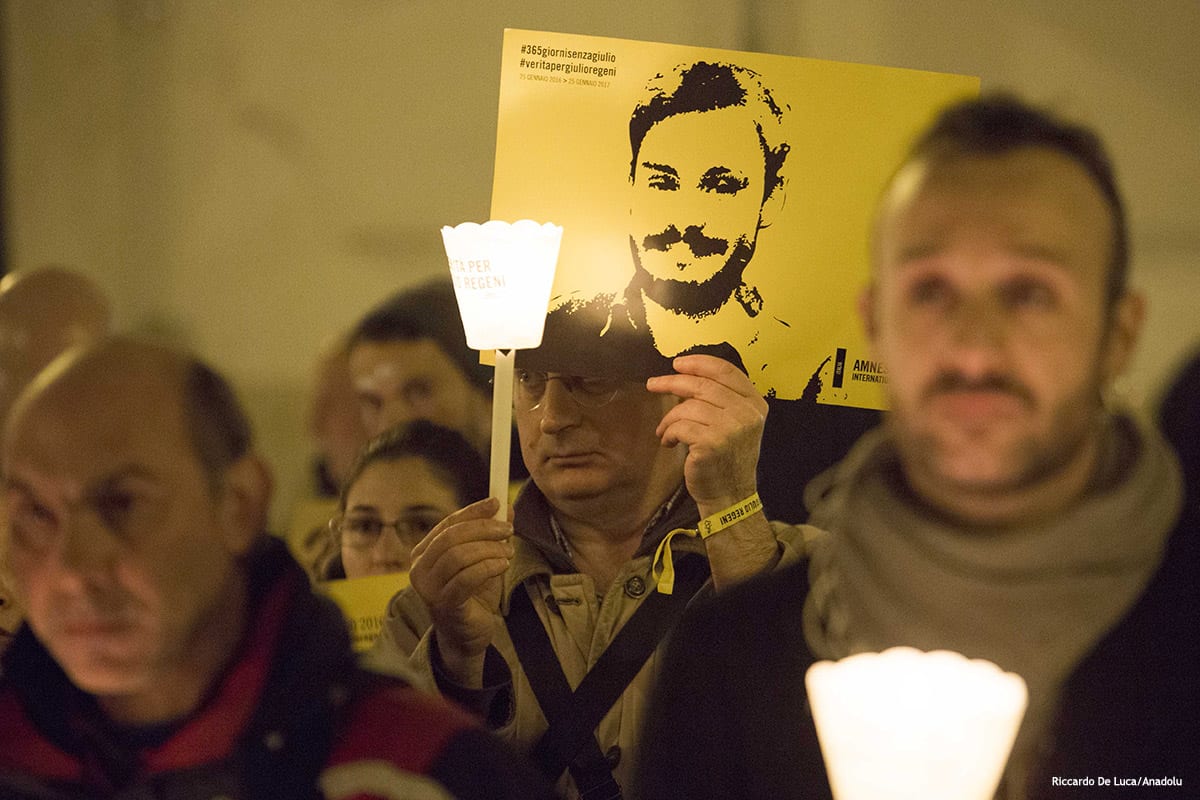 The family of Italian student Giulio Regeni, who was tortured and murdered in Egypt in 2016, announced that they have the names of three Egyptian officials involved in his abduction, torture and murder; the Egyptian daily, Almesryoon, reported on Friday.

The family expressed its anger over the recent return of Italy's ambassador to Cairo. They regard the move as devoid of the "least form of sympathy."

In a TV interview, the family said that it would travel to Cairo in October as part of its effort to get a closer look at the circumstances surrounding Giulio's death. They, however, maintained that they only have trust in their lawyer and the Italian investigators.

Meanwhile, Italy's Prime Minister Paolo Gentilini said that the former US administration did not provide compelling evidence or information to the former Italian Prime Minister Matteo Renzi regarding Regeni's death, which he could have used in Egypt to pursue the case.

This clarification was reported by the Italian news agency, Ansa, after a New York Times report claimed that the former US Administration had provided strong evidence implicating the Egyptian security services in Regeni's murder.

We had incontrovertible evidence of official Egyptian responsibility. There was no doubt.

Walsh said at the recommendation of the State Department and the White House, the US passed this conclusion to the Renzi government. But in order to avoid identifying the source, the Americans did not share the raw intelligence, nor did they say which security agency they believed was behind Regeni's death.

Regeni's body was found at the beginning of February 2016, days after his disappearance on the Alexandria Desert Highway on the outskirts of Cairo. There were signs of torture on his body; doubts about the responsibility for his death have since revolved around the Egyptian authorities.