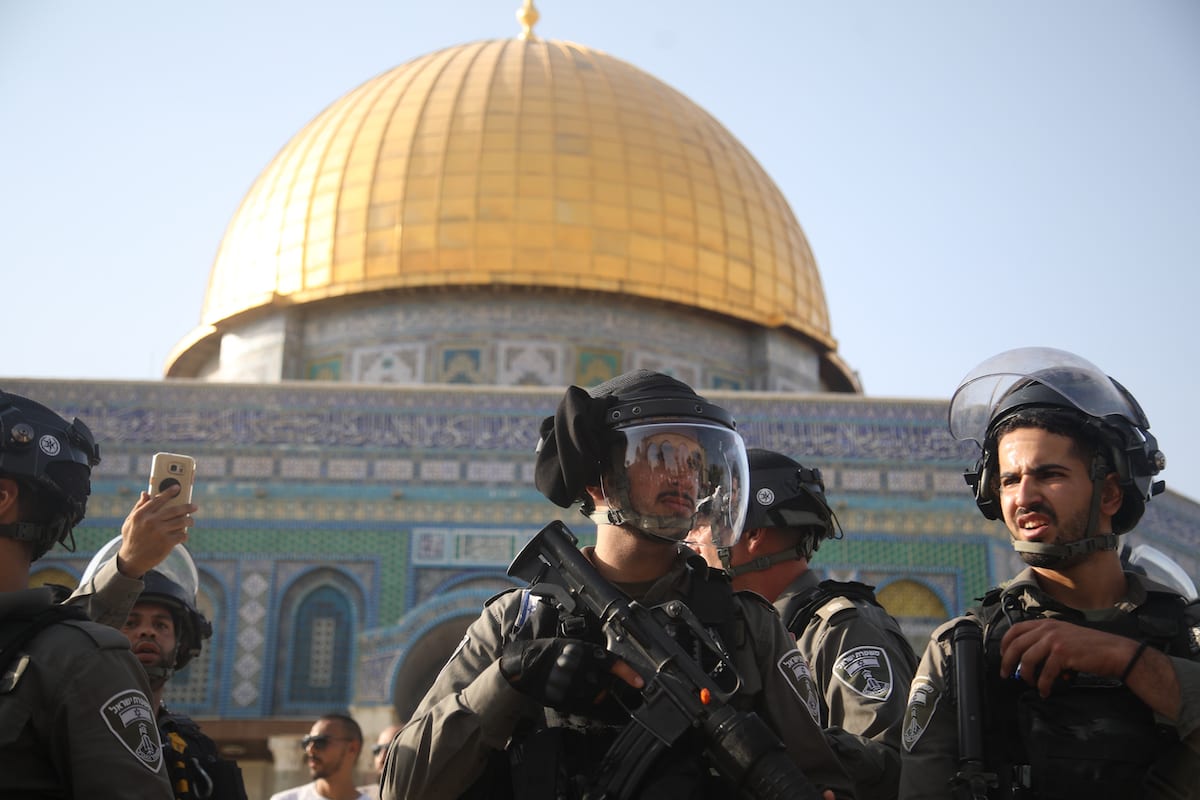 Israeli forces stand guard as Palestinians gather to enter the Al-Aqsa Mosque on 27 July 2017 [Mostafa Alkharouf/Anadolu Agency]
September 11, 2017 at 11:19 am

The Palestinian Authority warned Israel on Sunday against the permanent closure of Al-Rahma Gate, one of the entrances to Al-Aqsa Mosque in the Old City of occupied East Jerusalem, Quds Press has reported. A statement from the PA Foreign Ministry said that the closure recommendation by Israeli Police Inspector Roni Al-Sheikh "aims to change the status quo on the ground."

The building at Bab Al-Rahma houses the office of the now defunct Heritage Committee, which used to organise cultural and social events before 2003, since when it has been closed by an Israeli order which is renewed periodically. According to the ministry, the measure is part of Israel's attempts to change the historical and legal situation at Al-Aqsa Mosque and gradually absorb any possible reactions.

"Israel has no moral or legal right to issue judgments or decisions on behalf of the authority responsible for Islamic endowments," the ministry insisted. "It is working to change the status quo in Al-Aqsa and to deport the responsible people and active Islamic institutions that are working to protect the Noble Sanctuary and other holy sites." The police recommendation represents a "dangerous escalation" which will have "catastrophic repercussions," the PA statement added.

To counter the Israeli steps, the Foreign Ministry called on the Organisation of Islamic Cooperation, which is currently meeting in Astana, to take "serious and operational measures based on direct action represented by cutting relations with Israel" in order to oblige it to refrain from its violations in Jerusalem.