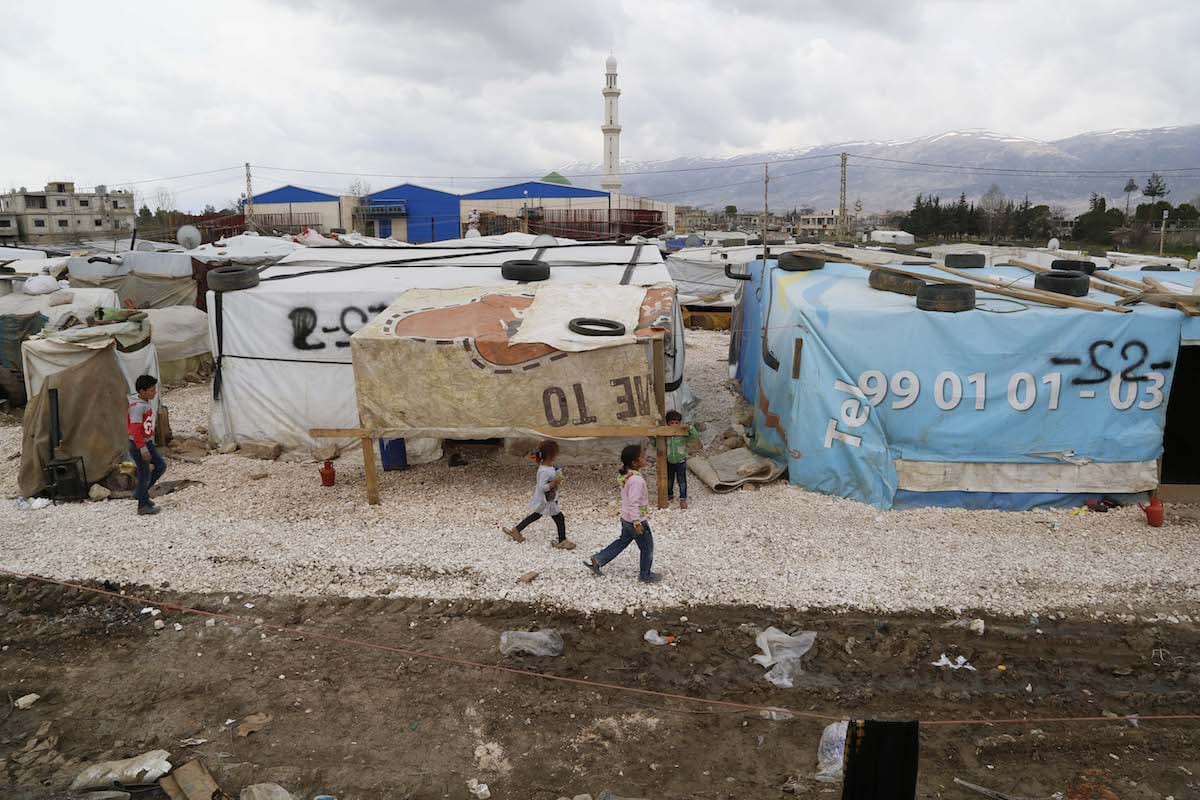 The President of Lebanon has rejected the proposal to give citizenship to Syrian refugees. Michel Aoun made this clear during a meeting in Beirut with Britain's Minister of State for Middle East Affairs, Alistair Burt, the official Lebanese news agency reported on Friday.

"Lebanon urges a speedy solution to the Syrian crisis," explained President Aoun, "because any delay resolving this calamity increases the sufferings of Syrians, not to mention the repercussions for Lebanon."

The Lebanese leader hailed his country's "strong relations" with Britain and thanked Burt for Britain's support for the Lebanese Army. British troops have been training Lebanese units deployed along the eastern border with Syria. Aoun expressed the hope that Britain would consider increasing its aid in a bid to maintain stability and combat terrorism.

Read: Half of Syrian refugee children in Lebanon out of school

He pointed out that his country "bears a heavy burden" as a result of the displacement of the Lebanese refugees. "Lebanon is no longer capable of addressing the security, economic and social consequences resulting from the presence of Syrian refugees," he made clear.

President Aoun also asked Burt to intervene to stop the "hostile Israeli actions" against Lebanon and to put pressure on the Israeli government to end the threats that have been increasing recently.

In response, Burt stressed Britain's desire to develop bilateral relations with Lebanon in all fields, especially on military and economic issues. "My country looks forward to supporting the Lebanese economy and development projects, as well as everything that would help to mitigate the repercussions of the Syrian refugee crisis on Lebanon."

Burt arrived in Lebanon early on Friday along with an economic delegation. As well as President Aoun, the British minister also met with the Speaker of the Lebanese Parliament, Nabih Berri.