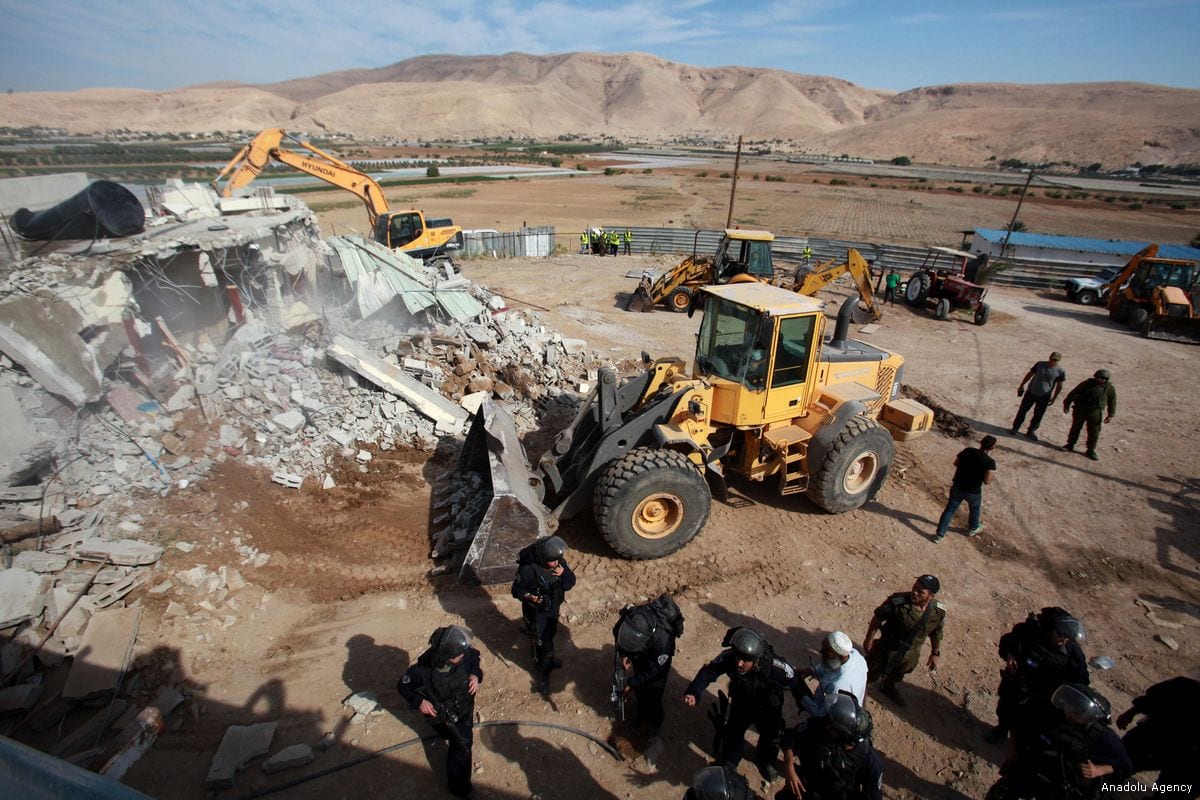 Israeli excavator demolishes a Palestinian home in the West Bank on 7 November 2017 [Nedal Eshtayah/Anadolu Agency]
November 27, 2017 at 9:46 am

The European Union (EU) has "deplore[d]" the demolition and seizure of Palestinian structures by the Israeli occupation authorities, citing threats to entire communities in the occupied West Bank.

In a statement released on 24 November by the EU Representative and the EU Heads of Mission in Jerusalem and Ramallah, the EU condemned "the continuing threat of demolitions and seizures of Palestinian structures in the occupied West Bank".

The EU referred to "the recent military orders against Palestinians in the communities of Ein al-Hilweh and Umm Jamal in the Northern Jordan valley and the community of Jabal al-Baba are leaving properties of up to 400 persons at risk of seizure and demolition".

In addition, "last month four other herding communities covering 170 people in the Northern Jordan Valley lost their case at the Israeli High Court and two European donor-funded schools in Wadi as Seeq and Al Muntar are presently under threat of destruction and seizure".

The EU statement also said it is "deeply concerned about the intention of the Israeli authorities to demolish around a fifth of the housing and infrastructure in Susiya in the South Hebron Hills within the coming weeks", which could "leave up to 100 people, half of them children, without shelter".

The EU stressed "its strong opposition to Israel's settlement policy and actions taken in this context, including demolitions and confiscations, evictions and forced transfers including of Bedouins, which all threaten the two-state solution", urging Israel to halt all such actions.

"In accordance with its obligations as an occupying power under international humanitarian law", the statement continued, Israel should "cease the policy of settlement construction and expansion, of designating land for exclusive Israeli use and of denying Palestinian development".