Remembering the first battle of Fallujah 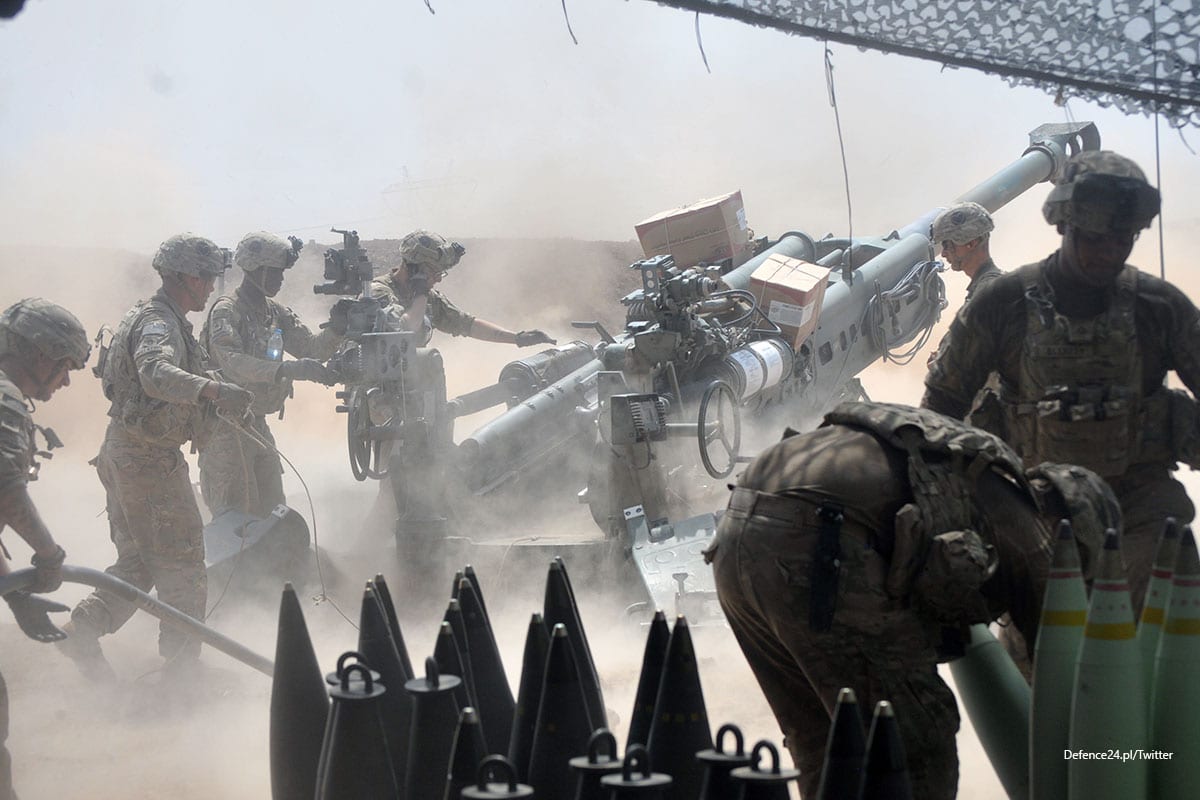 It was on 31 March 2004 that America's occupation of Iraq turned a year old. The date also marked the beginning of the grisliest chapter of America's unwelcome stay in Fallujah.

Iraq's occupier felt justified entering the city days after the killing of four Blackwater mercenaries by members of Iraq's resistance who claimed self-defence in the face of merciless aggression by occupation troops. The corpses of the security personnel were mutilated and exhibited above the River Euphrates for all the world to see, echoing the infamous Mogadishu incident in which the corpse of an American serviceman was mutilated and dragged through the dust of war-ravaged Somalia. The occupation's leading administrator, Paul Bremer, described those responsible as "human jackals" in his outrage at the barbarity they were capable of displaying. The ambush was used to reinvent the intervention narrative to erode the Iraqi people's right to self-defence.

"Mission accomplished" was announced in front of the world's cameras by US President George W Bush on the same day; off-screen, though, Fallujah began to morph into the fierce resistance theatre that the US had promised to quash.

Operation Vigilant Resolve — as it is remembered — promised to pacify the population no matter the cost, but few anticipated its premature termination on 1 May 2004. The war of words waged beyond these battlefields was needed to support the fictitious claim that Fallujah's civilian population were "diehard" Baath loyalists, "Saddamites" and Mujahideen. This, alongside the moralistic rendering of events as a "struggle between human dignity and barbarism" that Bremer asserted at the time, failed to bring the US any closer to the elimination and apprehension of resistance fighters.

It was a nightmarish scene on loop which trumped even Hollywood's standards of violence and gore; hell on earth, in fact, according to navy servicemen whose accounts are widely accessible for public reading. A battle "without an easy parallel in US military history" is how US historian Jonathan Keiler described Fallujah.

Fringe positions were assumed on 2 April and two days later US Marines entered the city, which they isolated on 4 April. "A year had passed and as chaos spread into more provinces light arms became accessible to all," recalls Mustafa Al-Hamid, an Iraqi lawyer and journalist who lived through both of Fallujah's battles in April and November 2004. The identity of the fighters was unknown to the city's residents, who coined the term 'Ashb'aah, "ghosts", to describe the guerrillas.

Former US Marine turned advisor to an Iraqi infantry battalion, Owen West, likened the twinning of infantrymen and armoured vehicles as they coursed through Fallujah to "going on an evening stroll in a dangerous neighbourhood with a Tyrannosaurus Rex"; its  metaphor that captures in a nutshell America's terrorisation of Fallujah.

The resistance in Fallujah was up against "two Marine battalions that assaulted the city for about 9 days, then they held static positions for about a month after," noted US Marine Ross Caputi. In the minds of historians and analysts, imperialist energies that were expended grew analogous to the 1968 Tet offensive in Vietnam and the first battle of Grozny in Chechnya against the Russian army. Lessons were ignored and "air strikes and the use of snipers resulted in the most civilian casualties," Caputi told MEMO. He added by email that men of military age were denied exit from the city and the majority of residents waited-out the siege in their homes.

The greatest expression of collective punishment was what in US military jargon is referred to as a "wedding cake" of aircraft stacked all the way to the top; this grew particularly noticeable in the second Fallujah battle, Operation Phantom Fury. America refused to recognise that many people in Fallujah condemned the grizzly methods employed by the resistance but could not forfeit their right to defend themselves against external aggressors.

Hamid mentioned immoral tactics, including the militarisation of mosques where minarets were occupied by snipers. "My neighbour was an elderly man in his seventies," he explained. "As he poked his head out of his house hoping to catch a glimpse of what was happening, a sniper stationed in the minaret of Abdulaziz Mosque fired a bullet into his right eye."

Although US pundits bookmarked the Blackwater incident as the spark that ignited hostilities, survivors recount a tale of early uprisings in western cities from as early 9 April 2003. Force of arms, or "fighting smart", as the model was described 14 years ago, was how the US responded to peaceful protesters in Fallujah and Ramadi. That is how Naji Harraj recalled events. He compiled the earliest documentation of human rights violations against unarmed students in central and western Iraq.

According to Hamid, America established a base at one of the schools near to Hai Al-Nazzal: "The base was not far from my house." An official request by Fallujah's local council that had assumed guardianship over the town was submitted, asking for the troops to be removed. "It was ignored," said Hamid. "The matter was studied, and America knew which segments of our society would welcome or resist their presence."

Stubborn resistance that greeted US troops in areas dubbed "the Sunni triangle of death" suggests, as Hamid argues, "That there was only ever one route towards democracy, that of violence." He remembers the obligatory violence with which the Americans acted. "A family of four was reduced to two after a sniper shot dead 10-year-old Rasool and his sister Rusoul, 13, even though three white flags held by the family were clearly visible."

INTERVIEW: 'If there was no US invasion there would be no Daesh'

The Muqawamah ("resistance") put up a formidable fight that rendered ineffectual lessons from America's post-World War Two urban combat experiences applied in Fallujah. The adaptable enemy, US troops lamented, did not feel inferior or restricted by the occupiers' military upper hand. The coterie of guerrilla fighters and unabashed Iraqi army generals who formed the resistance gained notoriety for strategies exposing the limitations of superior weaponry in urban settings, where street battles were confined to narrow back alleyways. The frequency of hit and run attacks remained consistent even after vehicles and motorcycles were confiscated.

Few are cognisant of the fact that America's military conduct undermined its own sectarian model in Iraq as Mehdi militia commander turned "moderate leader" Muqtada Al-Sadr provided reinforcements by sending in a small contingent of fighters, weapons, food supplies and aid. Exceptional disregard for civilian lives and architecture pulls down the curtain on a US strategy that erected the words "potential enemy" above every civilian head; resistance factions had no option but to unite. This they did, albeit temporarily, to resist the fracturing of their country.

A declassified message issued by Iraq's administrative invaders on 8 May 2004, conceded in secret that America's April offensive amounted to quite a feat from an Iraqi perspective: "Insurgents and Arab nationalists viewed the situation… as a great victory." A redacted name told CPA foreign affairs director Ronald Neumann that Fallujah held no fear and did not represent "a re-emergence of the Baath party" but rather, "Arab nationalism fighting the occupation." It was a scenario that the Pentagon feared might be replicated in other Iraqi cities.

The strongest winds of occupation could not rupture Fallujah or break the morale of its fighters, and the estimated 700 civilians who were killed did not die in vain; their deaths showed a global audience the true face of America's supposed democracy and the cost of resisting US whims on occupied territory.

The horror show that would later descend during the second battle of Fallujah in November 2004 would reset many of the victories that Iraq celebrated and the sacrifices of a population that today suffers in silence while mothers give birth daily to infants suffering from birth defects and congenital disorders due to the type of munitions used by US troops. The memories of these events live on in Iraq, even if the rest of the world has forgotten.