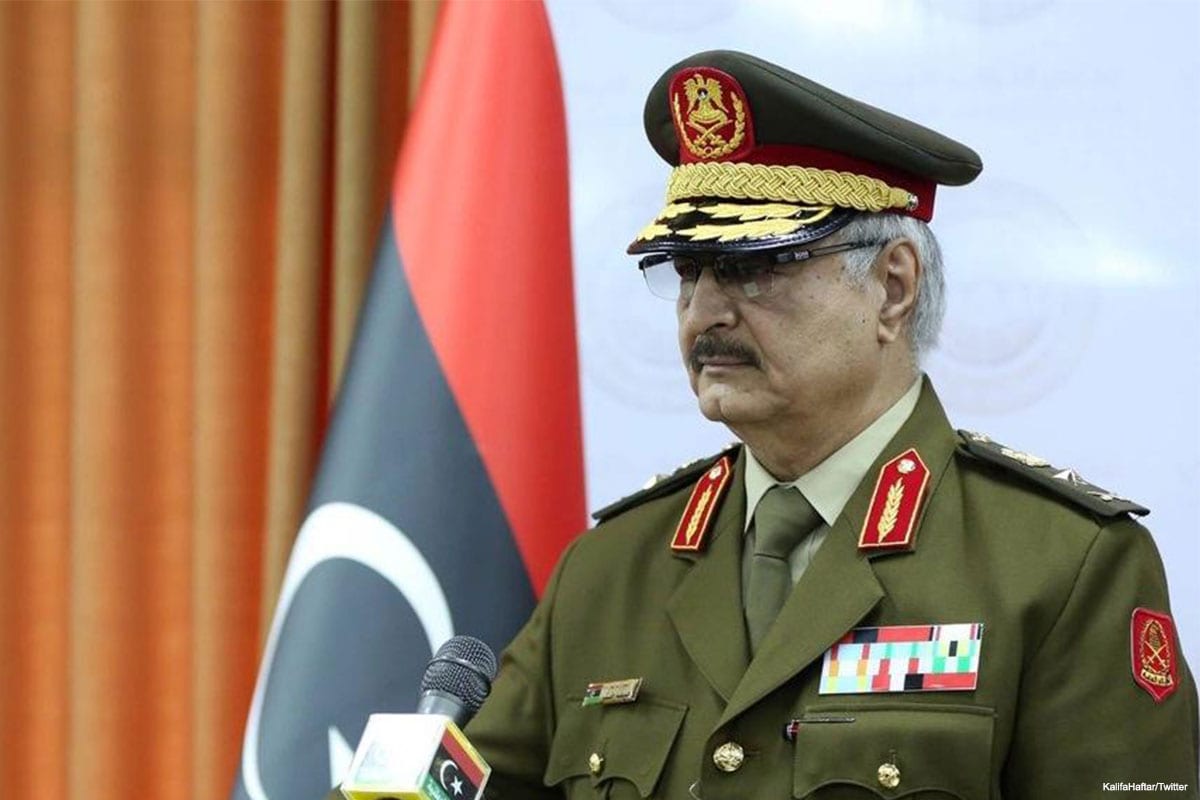 The UAE is funding candidates in Libya's election that support Brigadier General Khalifa Haftar, according to anonymous sources cited by the New Arab.

Emirati officials have reportedly held many meetings in Egypt, Tunisia and Oman assessing the upcoming candidates based on their opinion of the military commander who has led a campaign against the UN-backed government of Prime Minister Fayez Al-Serraj.

The names allegedly include former Libya Ambassador to the UAE Aref Al-Nayed, Libyan Ambassador to France Al-Shibani Abuhamoud, and the envoy of the House of Representatives to National Oil Corporation in Libya Edris Al-Maghrabi.

Al-Nayed, who has previously cited his cooperation with "foreign experts" in preparing for the election runs a television station Libya's Channel, which is funded by the UAE.

Whilst Haftar will not be running in the election himself, the self-styled military general still wields great influence in the east of the country through his leadership of the Libyan National Army, and is expected to nominate some of his primary supporters for the presidential position.

Haftar also has the backing of Egypt, the UAE, Saudi Arabia and Israel, although Libyan government forces have refused to recognise him, considering him a de facto force rather than the legitimate leader.

After Libya split in 2014 between rival camps Haftar gradually emerged as the dominant figure in the east aligned with a regional parliament and government, and opposing the internationally recognised government in the western capital, Tripoli.

The UN and human rights groups have repeatedly accused forces loyal to Haftar of carrying out mass executions in Libya. An UN report has also detailed how the military strongman has been providing military support for Sudanese rebel groups since his armed forces took control of Al-Jufra and Brak Al-Shati in Libya.

Whilst the UN is leading efforts to stabilise Libya and prepare it for elections before year-end, armed violence is still common across the country.

Last week, the UN expressed concern at the "unprecedented" situation in the city of Derna, with air raids and shelling of residential areas and heavy ground clashes cutting off electricity and water for approximately 125,000 of the city's residents.

The city has been encircled by Haftar's forces since July 2017; the general has claimed that he is ridding Libya of the threat of militants. Critics accuse him of branding all his opponents as "terrorists" as he seeks to expand his power.