High Council of Libya: Haftar is not army commander 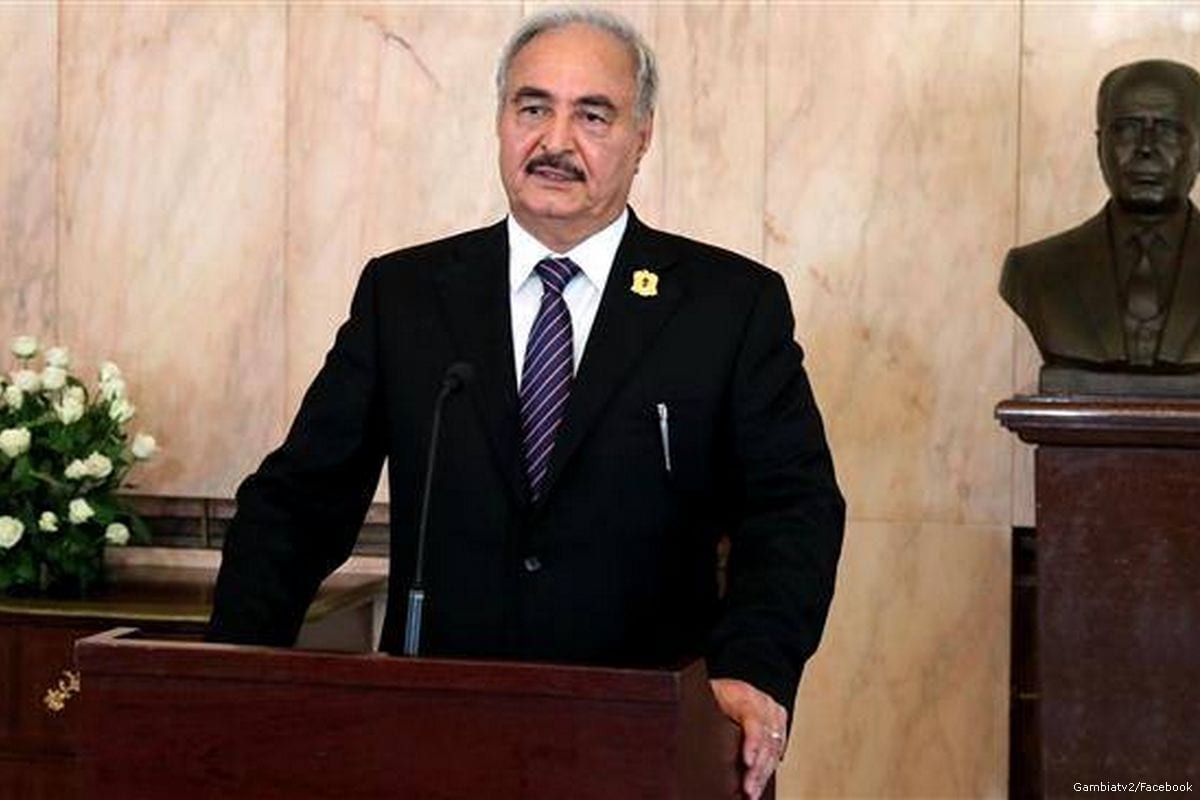 The Head of the High Council of the Libyan State, Khalid Al-Mishri, stated that he does not recognise Khalifa Haftar as commander of the Libyan army, because he is a de facto force rather than the legitimate leader.

Al-Mishri added that the Supreme Commander of the Libyan Army is Fayez Al-Sarraj, the head of the Government of National Accord, and the Chief of Staff in Tripoli is Abdul Rahman Al-Taweel.

He considered Haftar a de facto force rather than a legitimate one, and pointed out that this is what he told the French president's envoy when he received an invitation to the meeting on Libya held in Paris.

The official denied shaking hands with Haftar at the meeting on Tuesday.

READ: The fall of Haftar and the rise of Libya

He stressed the need for a ceasefire in the besieged city of Derna and the opening of safe corridors to convey positive messages before holding talks. He considered that what is happening is not a war against terrorism, but rather an elimination of political opponents, referring to the attempts of Haftar forces to take control of the city.

An international conference on Libya was held on Tuesday in Paris under the auspices of the United Nations. Leaders of the major factions and governments in Libya took part in the talks along with and representatives of 20 countries, and international organisations.

The heads of Libyan delegations agreed to set the date for presidential and parliamentary elections on 10 December.