A sporting event should be an opportunity to highlight illusionary 'unity' 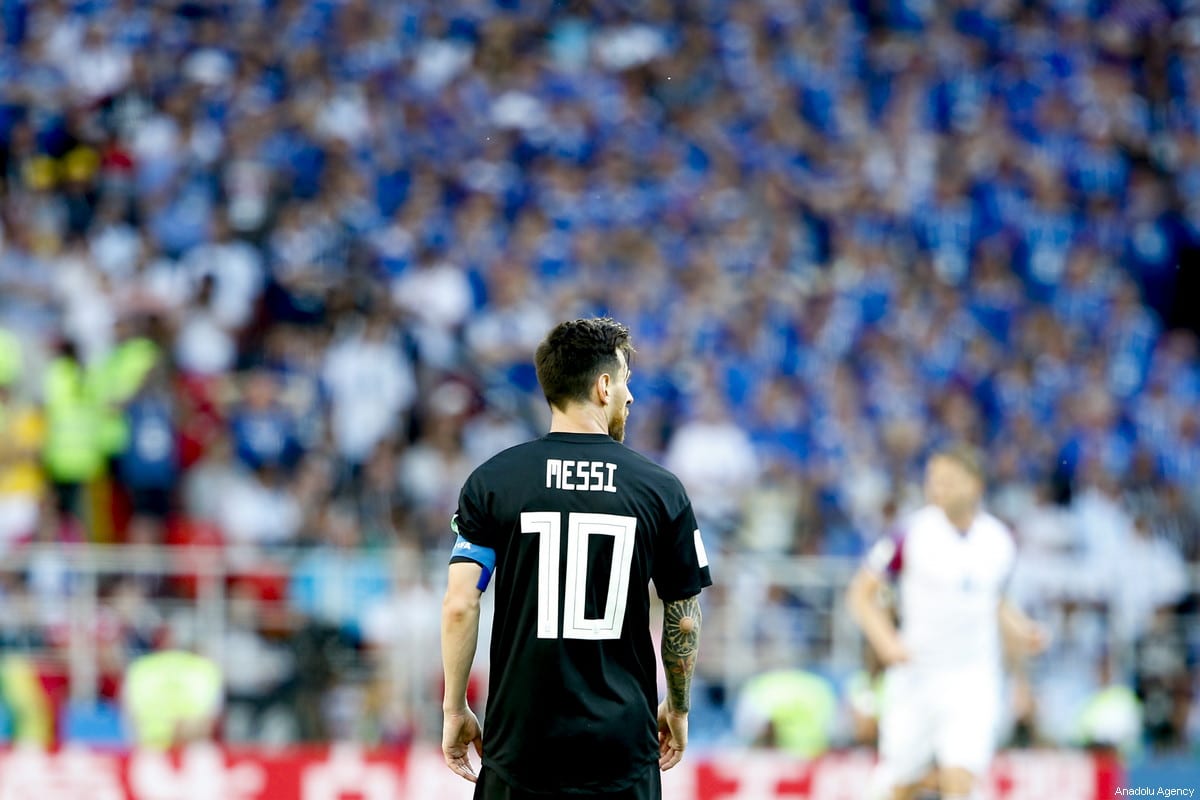 Lionel Messi of Argentina is seen during the 2018 FIFA World Cup Russia Group D match between Argentina and Iceland at the Spartak Stadium in Moscow, Russia on 16 June 2018 [Sefa Karacan/Anadolu Agency]

Sporting events are imbued with illusions of unity. The FIFA World Cup is no exception. In the context of Palestine, however, unity becomes a departure point for questioning the colonial trajectories that have fragmented, rather than united, the Palestinians.

Coinciding with the finale of the football tournament in Russia, European organisations are organising a day of sport and cultural activities in Ramallah with the theme of "Sport brings us together". According to a press release regarding this, "Sport is a universal language spoken all over the globe. The football world championship brings people of different nations together and connects them despite conventional boundaries."

What happens when sport is capable of uniting people globally, yet also manages to shed light upon the discrepancies that are ignored due to the visible hype? During the 2014 World Cup held in Brazil, some analysis and commentary explored the human rights abuses committed by the host nation against its poorest citizens, namely the displacement of people in order to accommodate the tournament. Brazil also relied on Israeli surveillance systems for crowd control, evoking similarities in state oppression, rather than promoting unity.

Earlier this month, the youth of Gaza organised the first football team made up entirely of amputees. Israel's repeated military offensives in Gaza have bludgeoned Palestinians in many ways, including hindering all possibilities of mobility. During the Great Return March protests, Israeli snipers have inflicted severe injuries on those taking part by shooting at their legs or knees, resulting in permanent damage and, in many cases, amputation. In almost all cases, the injuries are life changing for the victims. Palestinian Authority leader Mahmoud Abbas drew attention to this fact in the most lily-livered manner; instead of seeking to hold Israel to account for its crimes, he urged Palestinians to refrain from approaching the border fence.

Read: At the World Cup 2018, regional rivalries play out on the pitch

The Ramallah event has the potential to highlight what lies beyond the polished definition of unity. Anything less will normalise many forms of state-sponsored violence that are overlooked during global sporting and cultural events, as well as consolidate the divide between Gaza and the occupied West Bank which the PA has been desperate to highlight, in order to shift attention away from Palestinian resistance. There is also the danger of overlooking Israeli house demolitions and colonial expansionism.

Yesterday, for example, the Times of Israel reported that state funds were being used to build illegal settlement outposts on Palestinian territory. A report by Israeli state comptroller Yosef Shapira revealed that "government ministries continue to invest directly in illegal construction." The report differentiates between settlements deemed "legal" and "illegal" even by Israel (all settlements are illegal under international law), and thus normalises a major part of colonisation; it is also indicative of the impunity with which the state operates.

To speak of unity from a superficial level, when ongoing violations by Israel and collaborative violence by the PA remain unaddressed — ostensibly to prevent any tarnishing of the event — will further jeopardise Palestinian rights. The organisers must define their priorities and clarify whether the "Sport brings us together" programme is merely a local celebration of the World Cup, or something that highlights the violations concealed under mainstream definitions of unity. If the latter is the aim, the programme should emphasise the importance of communicating unity within the Palestinian reality, as well as the political violence that insists on maintaining divisions, with the result that unity for Palestinians is becoming anything but what it should be.