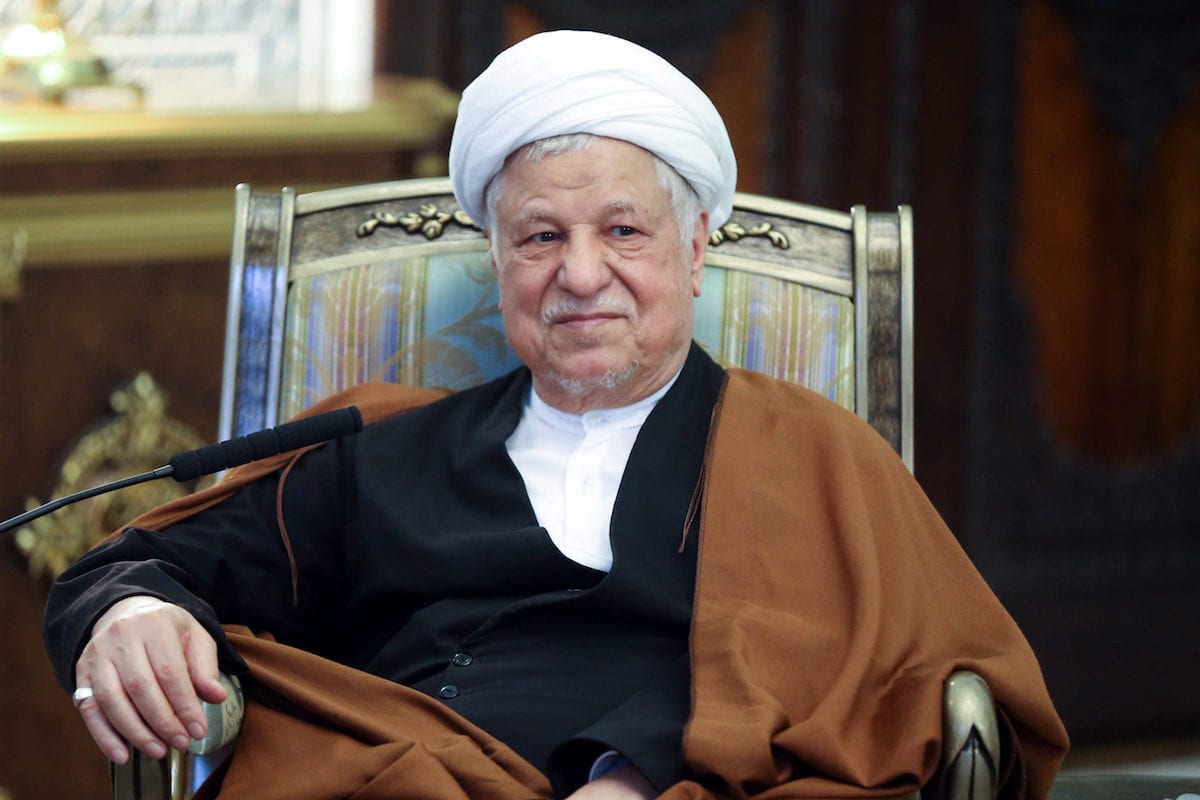 Former Iranian President Akbar Hashemi Rafsanjani who passed away at the age of 82 at a hospital in Tehran in January 2017 [Fatemeh Bahrami / Anadolu Agency]
August 20, 2018 at 10:58 am

A group of clergymen in the Iranian city of Qom has threatened Iranian President, Hassan Rouhani, with the same fate of former president, Akbar Hashemi Rafsanjani, who had died in mysterious circumstances in a swimming pool in Tehran in 2017.

"The Farah swimming pool will be waiting for you," the clergymen said in a banner raised in the Shia Hawza Feyziyya School.

Iranian Jamhuri Islami newspaper said the banner which was put up in protest of the government policies was a clear threat to the president noting that some social media users have considered it an implicit confession of hidden hands involved in Rafsanjani's death.

Rafsanjani's family has always questioned the circumstances of his death, saying the official finding claiming that he had died of a cardiac arrest was "not convincing".

On 8 January 2017, 82-year-old Rafsanjani's body was found by one of his bodyguards in a swimming pool in Koushk Garden, a complex used by senior officials. Family member said the guards had provided conflicting accounts.

They have said that blood samples taken from his body showed that he "had 10 times the permissible radioactivity" levels.