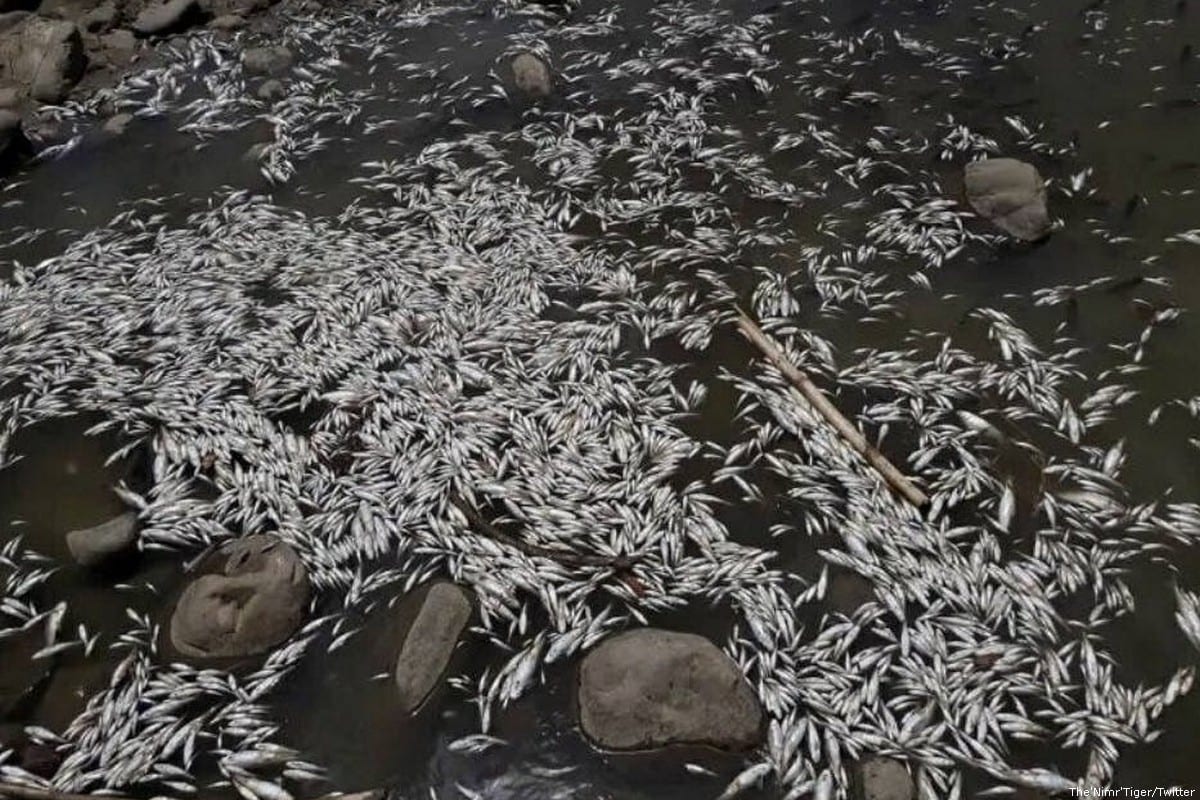 Tens of thousands of fish have died in the Euphrates River to the south of Baghdad as a result of an unidentified disease.

"Some say it's a virus while others say that it is caused by a chemical substance," Hussain Al-Hosseini, a fishery owner in Saddat Al-Hindiyah district in Babil Governorate, told Agence France Press as he was collecting dead fish from one of his basins.

Like all the owners of fisheries in Saddat Al-Hindiyah, Al-Hosseini called on "the government to find a solution or analyse the water" to find out the reason behind the death of the fish stocks.

Al-Hosseini added angrily: "We may also fall victim to this disease. We want a solution from environment officials through water analysis."

In Basra Governorate, south of Iraq, more than 100,000 cases of poisoning have been reported due to people drinking polluted and salty water from Shatt Al-Arab, where the Tigris and Euphrates rivers flow in the south of the country.

Yassin estimates the value of losses in the area, which is located 80 kilometres south of Baghdad, is "billions of Iraqi dinars", equivalent to hundreds of thousands of dollars.

For his part, Al-Hosseini estimated that he has faced losses of $80,000 due to the death of 50,000 fish in his 28-basin fishery, saying: "We ask for compensation from the state."