If America's 'core values' mean anything at all, then anti-BDS laws must be repealed 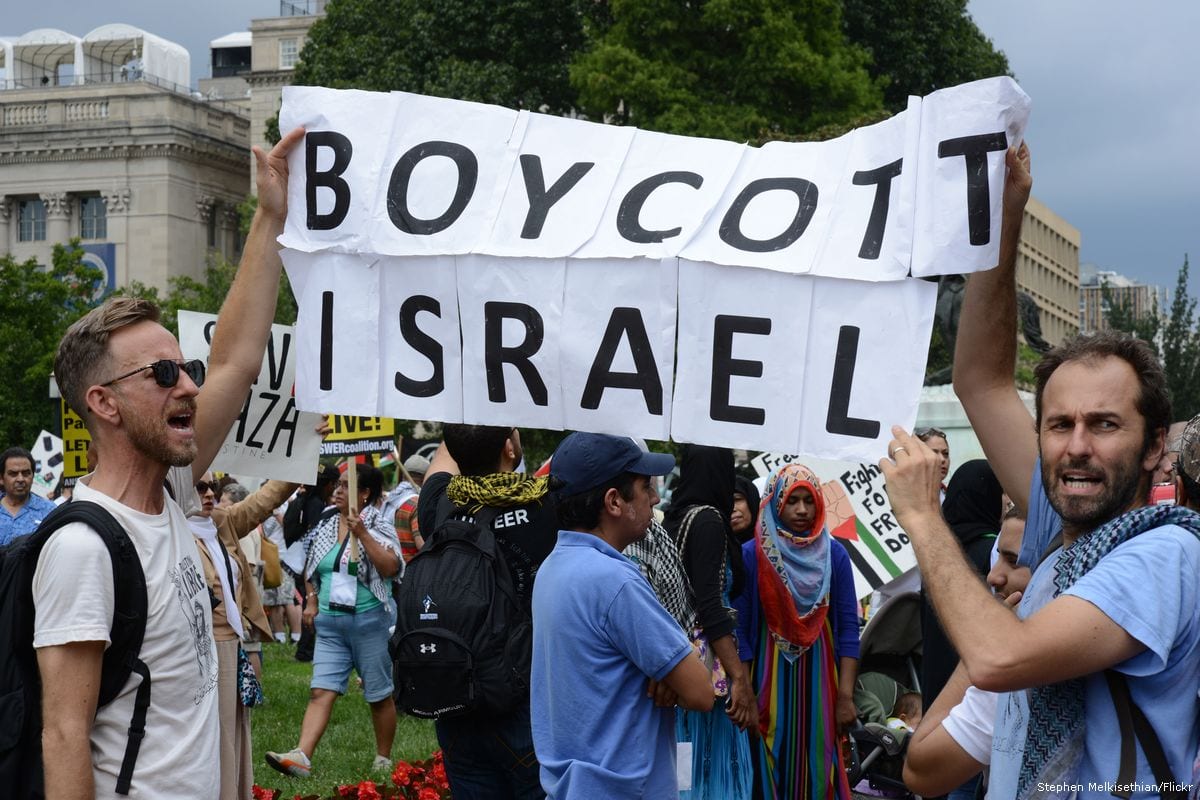 Last month, Airbnb, an American company that allows homeowners to list their properties for rental to visiting tourists, announced that it will prohibit listings of properties in Israel's illegal settlements in the occupied West Bank. The company's decision was morally and legally correct, not least because of the illegal nature of the settlements and the racism that underpins them.

That the Israeli settlements are built for "Jews only" isn't the real problem, though. The real problem is that they are built on land and property stolen by Israel's government from Palestinian Christians and Muslims in violation of the Fourth Geneva Convention.

This week, however, the Illinois Investment Policy Board (IIPB), which manages nearly $14 billion in financial investments for the state's pensioners, declared that Airbnb is no longer in compliance with the state's anti-BDS (Boycott, Divestment and Sanctions) laws which prohibit boycotts of Israel. Illinois has the dubious distinction of being the first state to propose an anti-BDS law and the third state to pass such a law. Anti-BDS laws are intended to punish US citizens and businesses who exercise their Constitutional right to free speech and decide to boycott Israel's illegal settlements.

Since 2015, when the Illinois anti-BDS law was adopted, 25 other states have passed similar legislation. This year, federal judges in Arizona and Kansas blocked the laws in the face of legal challenges, calling them unconstitutional.

READ: Airbnb must also withdraw from the occupied Golan Heights

More states could follow if Arab Americans were better organised and mounted challenges to the state laws in local courts. Why this hasn't happened already shouldn't be a surprise, though. The Arab American community, for the most part, is dysfunctional and ineffective in fighting against efforts to strip them of their rights.

The Illinois anti-BDS law is weak and bans the investment of state funds in any institution that refuses to renounce the boycott effort or BDS. But the real consequence is one of perception and defamation. For example, although the IIPB can prevent any state investment in Airbnb – and I'm not even sure that such investment even exists — the Board falsely cast an ugly cloud over the company by calling its principled stand against Israeli settlements "anti-Semitic". The letter to Airbnb from the IIPB misleadingly asserts that Airbnb "delisted Jewish-owned properties" in the Israeli occupied West Bank, but makes no mention of the fact that those Jewish-only settlements are built on Christian- and Muslim-owned land.

It would do the image of Illinois a power of good by being more accurate and saying that what Airbnb did by delisting Israel's illegal settlements was to endorse international law and defend the civil rights of Christian and Muslim Palestinians. Sadly, the outgoing Governor of Illinois didn't see it that way. Bruce Rauner decided to take action against Airbnb and, in a written statement applauding the IIPB's move, called the boycott of the settlements "discriminatory".

"In response to our request for an investigation, the Illinois Investment Policy Board has determined that Airbnb is not in compliance with Illinois law prohibiting bans, divestitures and sanctions against the state of Israel," Rauner explained. "We applaud the Board's finding and urge Airbnb to reverse its decision. It is imperative that we hold companies accountable when they are engaged in targeted discriminatory activities. Such actions not only violate the law of Illinois, they offend the core values of equality and fairness upon which our nation is built." 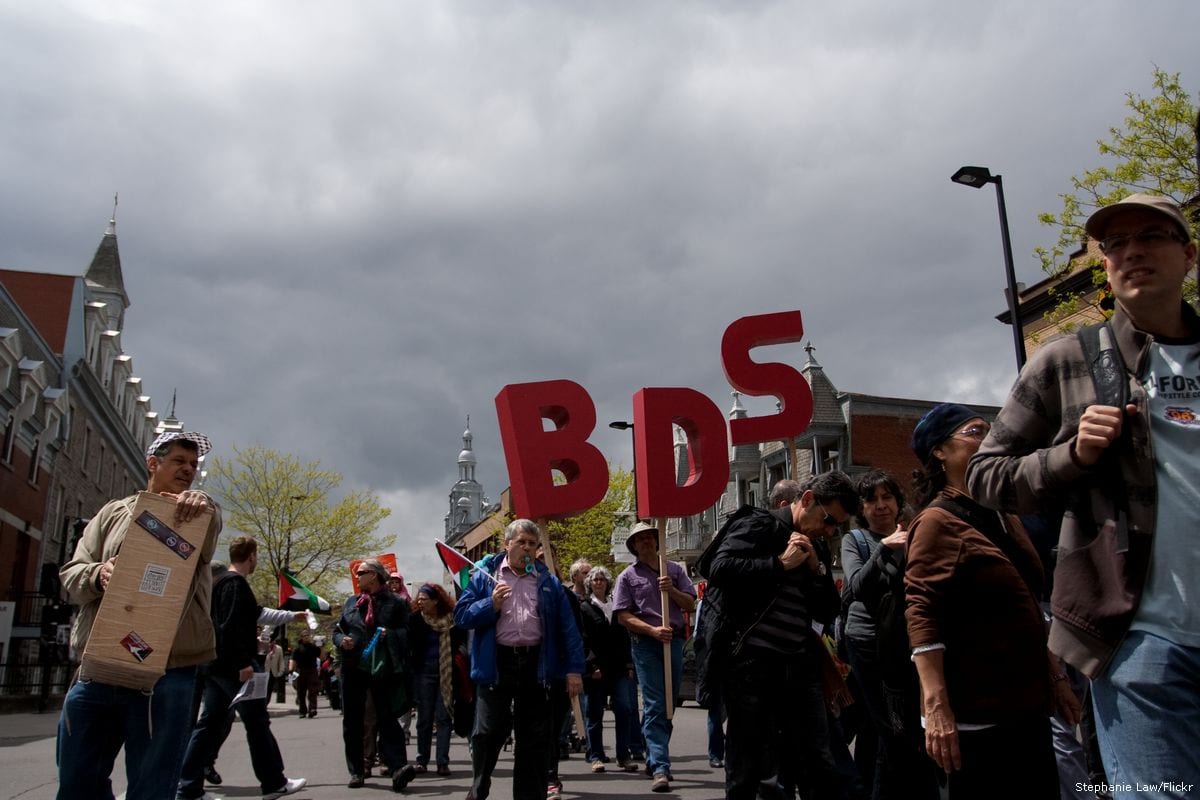 People come together to support the Boycott, Divestment and Sanctions (BDS) Movement and to protest against Israeli violations on the Palestinian people [Stephanie Law/Flickr]

The reality is that the Airbnb action is not discriminatory and does not target Jews. Nor did the company prohibit Jews living inside Israel from using its services.

This is more about politics, not morality or legality. Rauner backed the law in the hope of winning support from pro-Israel voters, and refused to respond to protests from Arab Americans in the state. It didn't do him any good at the ballot box in last month's elections, where he was challenged and defeated by one of Israel's staunchest Jewish supporters in Illinois, J B Pritzker.

Pritzker will be sworn in as Illinois's new governor in January. That means Illinois residents, including Arab American voters, have a chance to push the new governor to revoke the illegal anti-BDS law.

Ironically, the Arab vote was split on Pritzker. Several Arab American organisations endorsed his campaign although others didn't. As it happens, Pritzker has history in dealing with the Arab and Muslim community, in the wrong way.

READ: Pro-Israel lawyer's plan to appeal against sanctions is derailed

In 1998, when Pritzker ran unsuccessfully for the US Congress from the predominantly Jewish 9th Illinois District, he pandered to voters by accusing his rivals, who were also Jewish, of accepting money from a Muslim American organisation in which one of the board members openly expressed support for Hamas; Pritzker accused the American Muslim Council of supporting terrorism. His Jewish rivals denounced his comments, saying that they undermined the Israeli-Palestinian peace process. The race was won by progressive Jewish American activist Jan Schakowsky.

When he ran for governor, Pritzker refused to apologise publicly, but did allegedly express his regrets for the remarks during a private closed-door meeting with one of the state's Arab American political action committees who then endorsed him for the position.

The anti-BDS law in Illinois creates a quandary for many Arab Americans who endorsed Pritzker. He is giving roles to several Arab Americans on his transition team, and is planning to name some of his Arab American supporters as members of the state's various commissions and boards.

Will they use that as a platform to demand change, or will the appointments be used as a means of acquiescence? Knowing US politics and the lack of an effective Arab American lobby – no groups even come close to the powerful behemoth of the American Israel Public Affairs Committee (AIPAC) which gives politicians like Pritzker millions of dollars in campaign donations every year — I really don't expect the Governor-elect of Illinois to address the illegality of the state's anti-BDS law.

Why should he? The Arab Americans couldn't get him to apologise publicly for his racist, anti-Muslim comments dating from 1998, comments he could easily have brushed off with public words of regret and acknowledgement. The truth is, if Pritzker wanted to repeal the law, he could do it; the Democrats control the state.

Arab Americans have everything on their side: the US Constitution; the rule of law; and the fight against racism enshrined in its domestic laws by the state of Israel which defines the settlements in the occupied West Bank. However, it takes more than all of that to do the right thing. It takes courage.

As an Illinois resident who is a Palestinian Christian and who has watched my people suffer under Israel's oppressive military brutality alongside Palestinian Muslims, I don't expect much from Pritzker. He's no different from most other US politicians who speak loudly about "the core values of equality and fairness upon which our nation is built" but are silent in the face of inequality and racism when it suits them. And what could be more unequal and racist than Israel's illegal settlements? If America's "core values" mean anything at all, then the anti-BDS laws must be repealed.