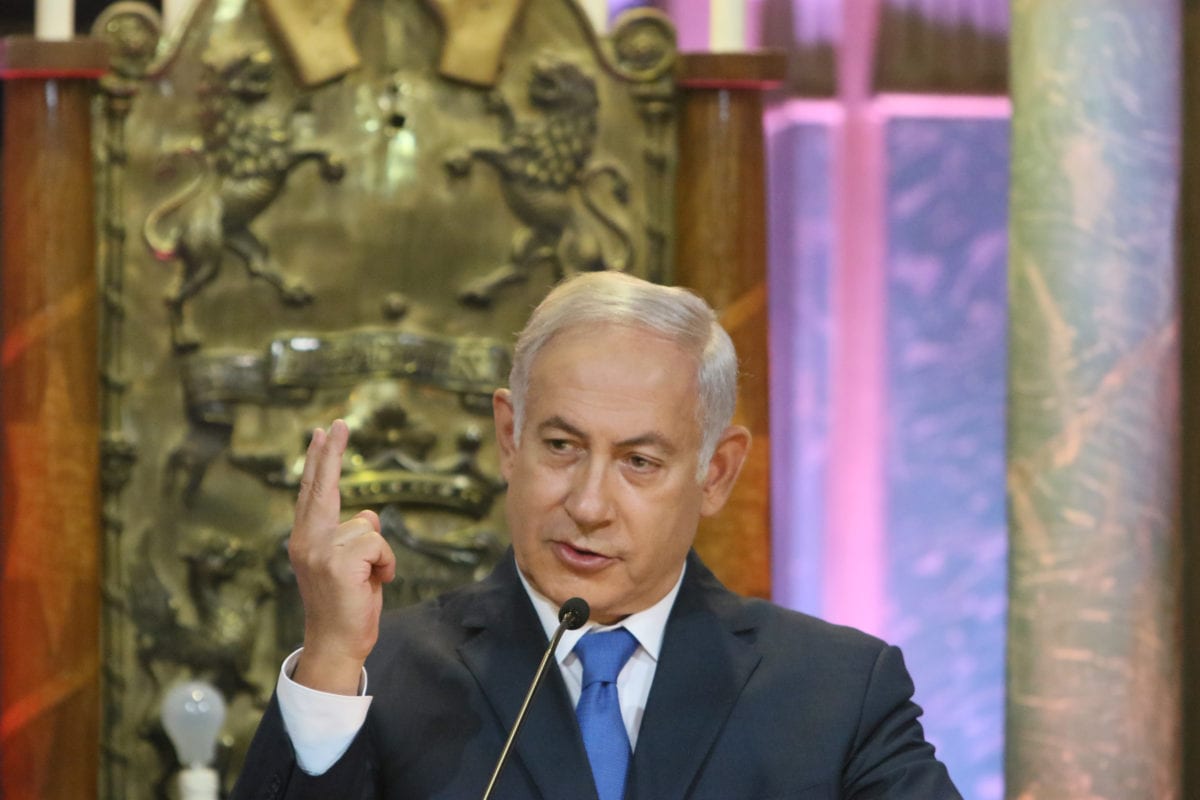 Prime Minister of Israel Benjamin Netanyahu speaks as he visits the the Choral Synagogue in Vilnius on 26 August 2018 [Petras Malukas /AFP/Getty Images]
March 2, 2019 at 1:59 pm

Head of the Blue and White Party Benny Gantz said: "Netanyahu, I am called on you to show full national responsibility and resign from your position. You can return to politics with your head up when you prove you are innocent."

Gantz, who could replace Netanyahu as prime minister according to surveys, pledged not to take part in any government led by the current premier.

Netanyahu, resign, put an end to the national shame and don't run this battle from the Prime Minister's Residence

He added: "Netanyahu is shaming the State of Israel. He is ruining everything in order to save himself. The people of Israel don't want a corrupt government."

The left-wing party, Meretz, called for a special Knesset meeting to be held to discuss Netanyahu's indictment.

In a statement, Meretz said: "The issue is about a corrupt prime minister."

However, right-wing parties have pledged support for the prime minister saying indictments do not prove guilt.

Former defence minister Avigdor Lieberman said: "It is possible that Netanyahu is acquitted of these charges. He has the right to continue his electoral ambition as long as he is not found guilty."