The arrest of Julian Assange is an existential threat to journalism 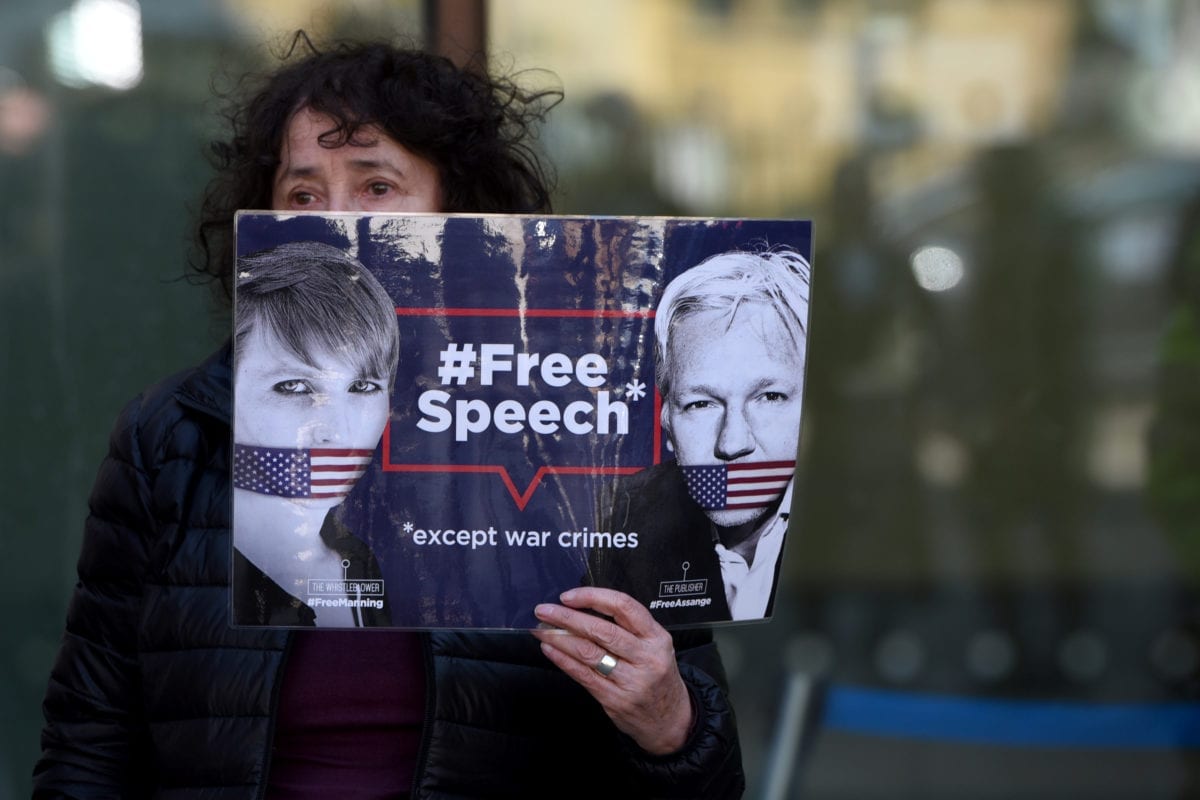 Julian Assange, the publisher of WikiLeaks, was hauled by force out the Ecuadorian embassy in London on Thursday. British secret police snatched him at the invitation of the embassy, which had revoked Assange's asylum, first granted in 2012.

Despite pretence that the arrest pertains to a minor bail-jumping charge – which would normally result in a fine – Assange's lawyers soon established the real reason for the virtual kidnapping: US President Donald Trump's Secretary of State, former CIA director Mike Pompeo, wanted it to happen.

The US is calling for Assange's extradition to a country of which he is not even a citizen, after pursuing him for more than a decade. The US, then, is continuing to spread its dead hand over the globe. Meanwhile the British government – and even the judge who dealt with the initial hearing yesterday – is sending a signal that it wants to continue the UK's traditional post-war role as a vassal state of the US empire.

The US has now unsealed its indictment against Assange. Although establishment media lackeys mindlessly parroted the US Justice Department's press release, claiming that Assange is being accused of "hacking," as the Intercept's Glenn Greenwald's close reading of the actual indictment convincingly showed, this is not at all true. 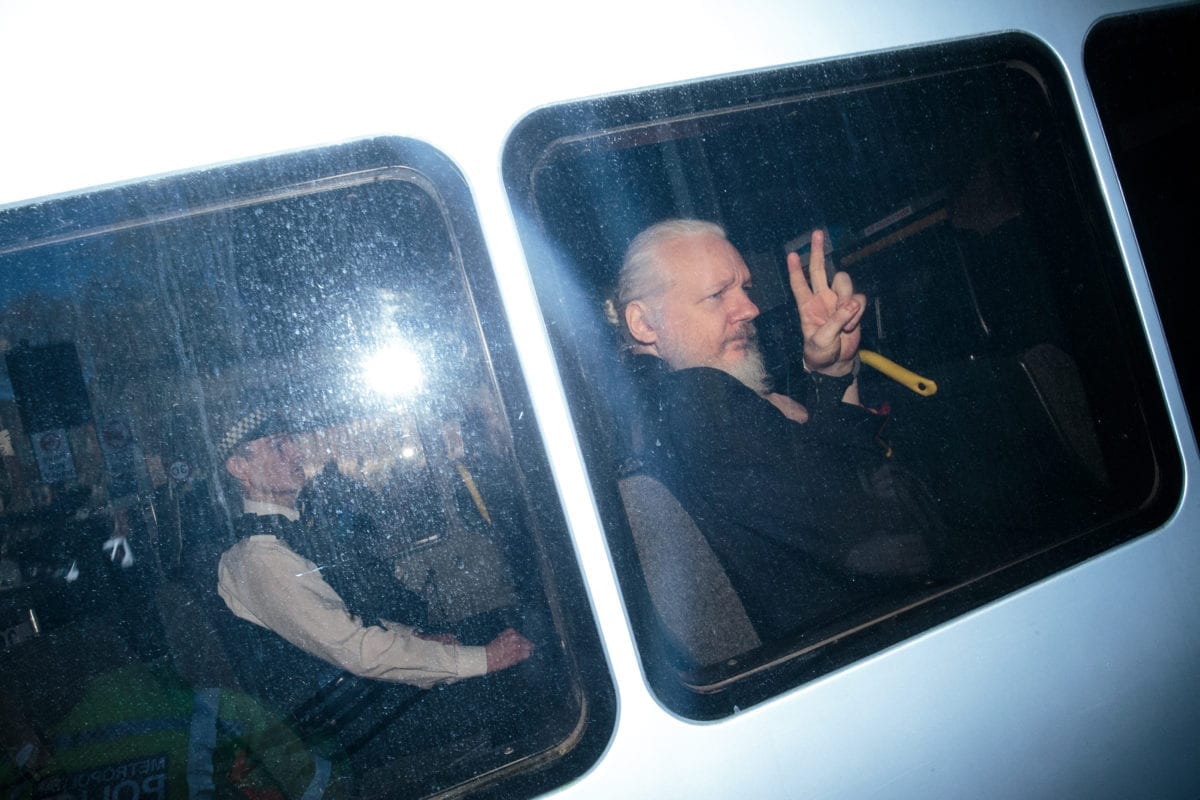 Julian Assange gestures to the media from a police vehicle on his arrival at Westminster Magistrates court on April 11, 2019 in London, England. [Jack Taylor/Getty Images]

"The indictment, in numerous other passages, plainly conflates standard newsroom best practices with a criminal conspiracy," Greenwald wrote in an article with his colleague Micah Lee. The Trump administration is seeking to criminalise "completely lawful and standard" techniques of investigative journalism, the article shows.

These include basic modern tools such as encrypted messaging services and secure file transmission methods. Yet the document even seeks to outlaw more fundamental practices of investigative journalism, such as protecting the identity of sources who are likely to face repercussions for leaking sensitive documents.

Furthermore, the secrets that WikiLeaks revealed to the world, which never should have been kept hidden in the first place, are legion. These include several very important stories relating to Palestine, some of which I have reported on myself.

We therefore owe WikiLeaks a great debt. The whistle-blowing site has revealed the truth about the US empire's crimes all over the world, including US military video footage which exposed brutal US war crimes in Iraq and Afghanistan. It has revealed the dirty secrets that powerful people all over the world did not want us to know. This has included those of powerful people in Russia, contrary to the delusions of "Russiagate" conspiracy theorists.

Julian Assange now likely faces a several-year-long legal battle to resist this anti-democratic extradition request by the US. As the long-running, disgusting, and still continuing persecution of Chelsea Manning by US authorities shows, Assange will not receive a fair trial and is highly likely to be tortured and ill-treated in US prison.

Manning was the whistle-blower who leaked the massive trove of US embassy cables to WikiLeaks in the first place. She now languishes once again in prison, unjustly, the victim of a vindictive and cruel global empire.

Senior figures in the Labour party have called for the UK to respond to Assange's arrest; Labour leader Jeremy Corbyn and his Shadow Home Secretary, Diane Abbott, have rightly called for the government to oppose the US extradition request.

The extradition of Julian Assange to the US for exposing evidence of atrocities in Iraq and Afghanistan should be opposed by the British government.pic.twitter.com/CxTUrOfkHt

As Abbott correctly stated in the House of Commons on Thursday, "Julian Assange is not being pursued to protect US national security. He is being pursued because he has exposed wrongdoing by US administrations".

In this country we have protections for whistle-blowers, those who take personal risk to disclose wrongdoing in the public intrest. Julian Assange is not being pursued to protect US national security. He is being pursued because he has exposed wrongdoing by US administrations pic.twitter.com/pFXds56ASD

Both recognise the real issues at play here.

It is irrelevant whether you like Julian Assange personally, or indeed like his politics. Basic democratic principles dictate he would be innocent until proven guilty should any sexual assault charges be brought against him in Sweden – although prosecutors have yet to do so. Despite what you may have heard, this is not only because he was holed up in the embassy.

For the sake of the very existence of real, critical, investigative journalism, the stakes could not be higher. If Trump's semi-fascist regime in the US can now put its hands on journalists around the world that are not even its citizens – merely for the "crime" of journalism – then what is to stop it doing the same again and again and again?

The bootlickers of our establishment class of pseudo journalists have been crowing about Assange's arrest since it happened, cruelly mocking his appearance (after seven years forcibly cooped up indoors) and even his mental health. Shame on all of them. They should be warned: what starts with Assange will certainly not stop with him.

The Guardian has been the most traitorous and vindictive of the "mainstream" media in its false and misleading coverage. After benefiting handsomely from the secrets WikiLeaks obtained, they stabbed him in the back and sold him down the river. As the legendary journalist John Pilger accurately summarised, the supposedly liberal paper has been "Assange's principal media tormentor" and "a collaborator with the secret state". 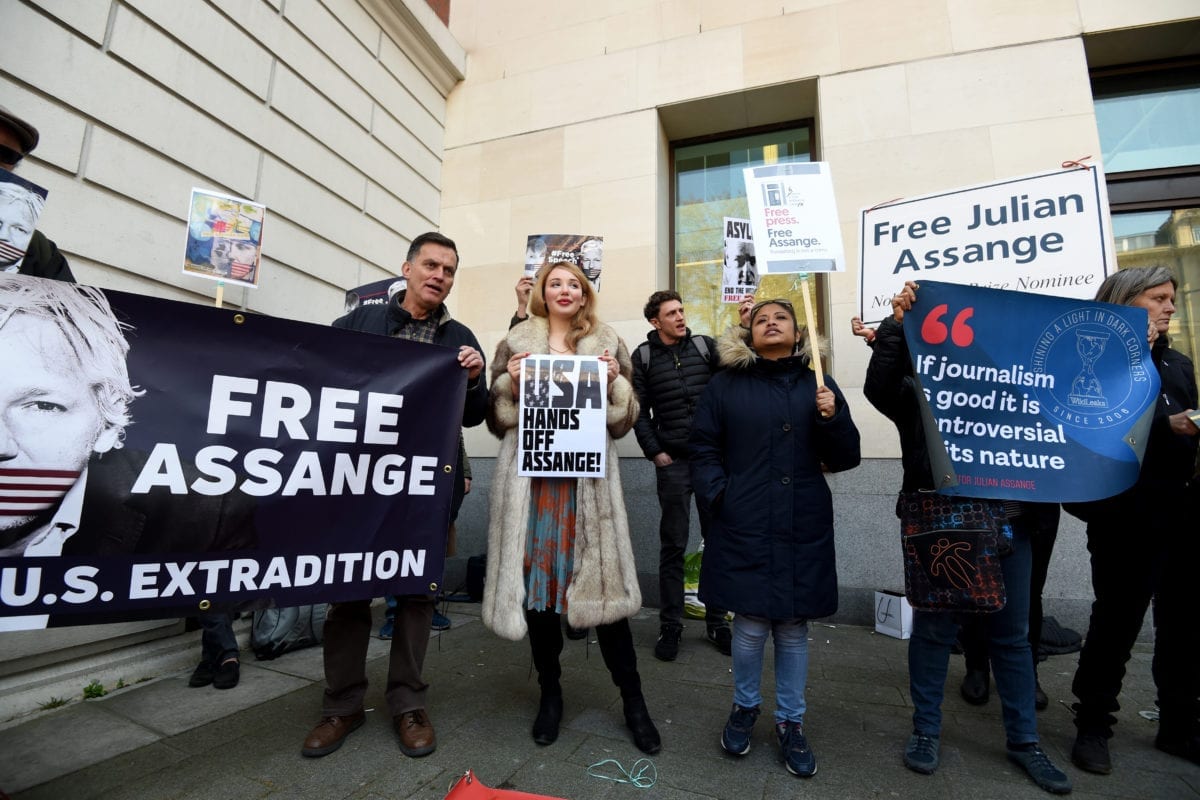 The Guardian "creamed off WikiLeaks' revelations and claimed the accolades and riches that came with them. With not a penny going to Julian Assange or to WikiLeaks, a hyped Guardian book led to a lucrative Hollywood movie. The book's authors, Luke Harding and David Leigh, turned on their source, abused him and disclosed the secret password Assange had given the paper in confidence".

Yet as Pilger notes, even the Guardian is now nervous because of the grave implications for journalism represented by Assange's arrest. "If Assange is extradited to America for publishing [the truth] what is to stop the current editor, Katherine Viner, following him, or the previous editor, Alan Rusbridger, or the prolific propagandist Luke Harding?"

"What is to stop the editors of the New York Times and the Washington Post, who also published morsels of the truth that originated with WikiLeaks, and the editor of El Pais in Spain, and Der Spiegel in Germany and the Sydney Morning Herald in Australia? The list is long."

This is the reality and these are the true issues at stake: no less than the very survival of any kind of genuine journalism. Which side are you on?