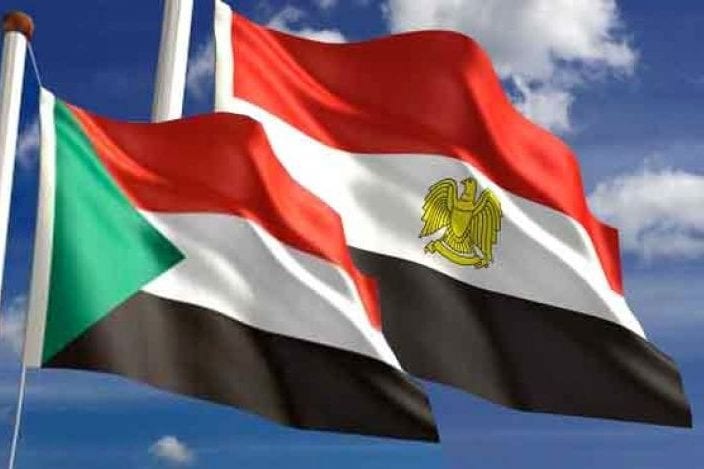 Egypt demanded that the transitional military council in Sudan hand over the leadership of the Muslim Brotherhood, which the Egyptian authorities classify as a "terrorist group" since the military coup led by the current president, Abdel Fattah El-Sisi against Mohamed Morsi, the first elected civilian president affiliated to the group, in mid-2013.

According to well-informed diplomatic sources that talked to The New Khalij, Cairo presented to Khartoum, a list of hundreds of leaders and staff of the group, including former parliamentarians and businessmen who have investments in Sudan.

The list included 405 people that the Egyptian regime accuses of "supporting and financing terrorism, inciting the regime and belonging to a banned group."

The sources added that the Muslim Brotherhood has been the most discussed file in the Egyptian president's talks with the head of Sudan's National Security and Intelligence Service, First Lieutenant Abu Bakr Demblab, who visited Cairo about two weeks ago.

The head of Egypt's General Intelligence Directorate Major General Abbas Kamel is seeking to achieve a qualitative breakthrough in this file, as Cairo's obtention of a number of Muslim Brotherhood leaders will be a serious blow to the group.

In addition to the Muslim Brotherhood file, Cairo demanded explicitly and unequivocally from Demblab not to provoke the border conflict between the two sides over the Hala'ib Triangle, as well as the suspension of the Suakin agreement signed with Turkey in 2017.

Suakin, located in the Red Sea in eastern Sudan, is the nearest Sudanese port to the Saudi Jeddah Seaport. Under the agreement, Turkey will rehabilitate and manage the port city. However, Egypt says the real purpose is to establish a Turkish military base, which Khartoum and Ankara have repeatedly denied.

On the other hand, in the event of the implementation of the Egyptian demands, which are endorsed by the Saudi and Emirati side, Cairo will provide unlimited political, economic and security support to the Council, and will continue to maintain power in the hands of the military establishment in the country.

READ: What Sudan tells us about 21st century coups

Demblab handed over to El-Sisi a message from the head of the Sudanese Transitional Military Council, Lieutenant General Abdul Fattah Al-Burhan, which included the latest developments of the situation in Sudan after the ousting of President Omar Al-Bashir on 11 April.

Egypt is leading African moves, as it heads the current session of the African Union, to extend the deadline given for the Sudanese Military Council to three months in order to arrange the political scene in the country and prolong the transitional period, amid demands for a prompt handover of power to a civilian government.