Egypt girls wait at prison gates first for their father, now for their mother 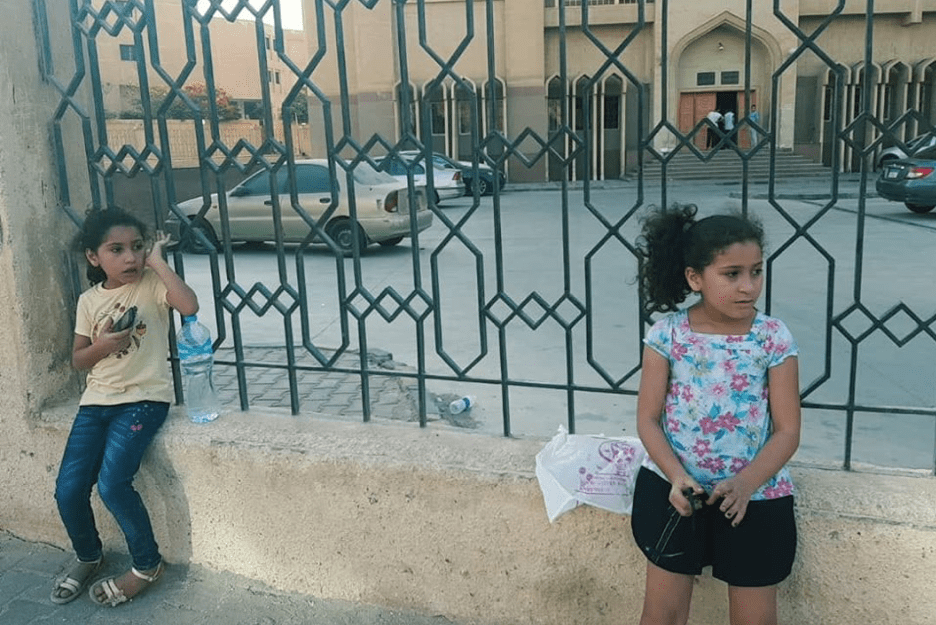 An Egyptian woman has been given a 15-day prison sentence after offering her condolences to the late President Mohamed Morsi at his family home in Sheikh Zayed the day after his death.

After her arrest, Aya Alaa was forcibly disappeared for 12 days during which she was accused of communicating with news channels about her detained husband.

Her husband is the journalist Hassan El-Kabany, who was arrested in early 2015 at his home in 6th October and charged with espionage, joining an illegal organisation and disturbing public security and peace.

El-Kabany was tortured repeatedly and denied medical care during his imprisonment in the notorious Scorpion wing within Tora Prison.

There has been an outpour of support for Aya and her two daughters Hams, 8, and Haya, 6, on social media. During her husband's imprisonment Aya regularly posted photos of her daughters waiting outside the prison, adding captions on the impact their father's imprisonment had on them.

El-Kabany, who was released this year, has now published pictures of the two daughters outside prison waiting to see their mother, and compared it to an old shot in 2015 where they were waiting to see him.

El-Kabany wrote: "What sin have they committed for their childhood to be stolen?"

Human rights organisations estimate that some 60,000 political prisoners are currently detained in Egypt. When Morsi died on 17 June, the Interior Ministry banned family visits for detainees.