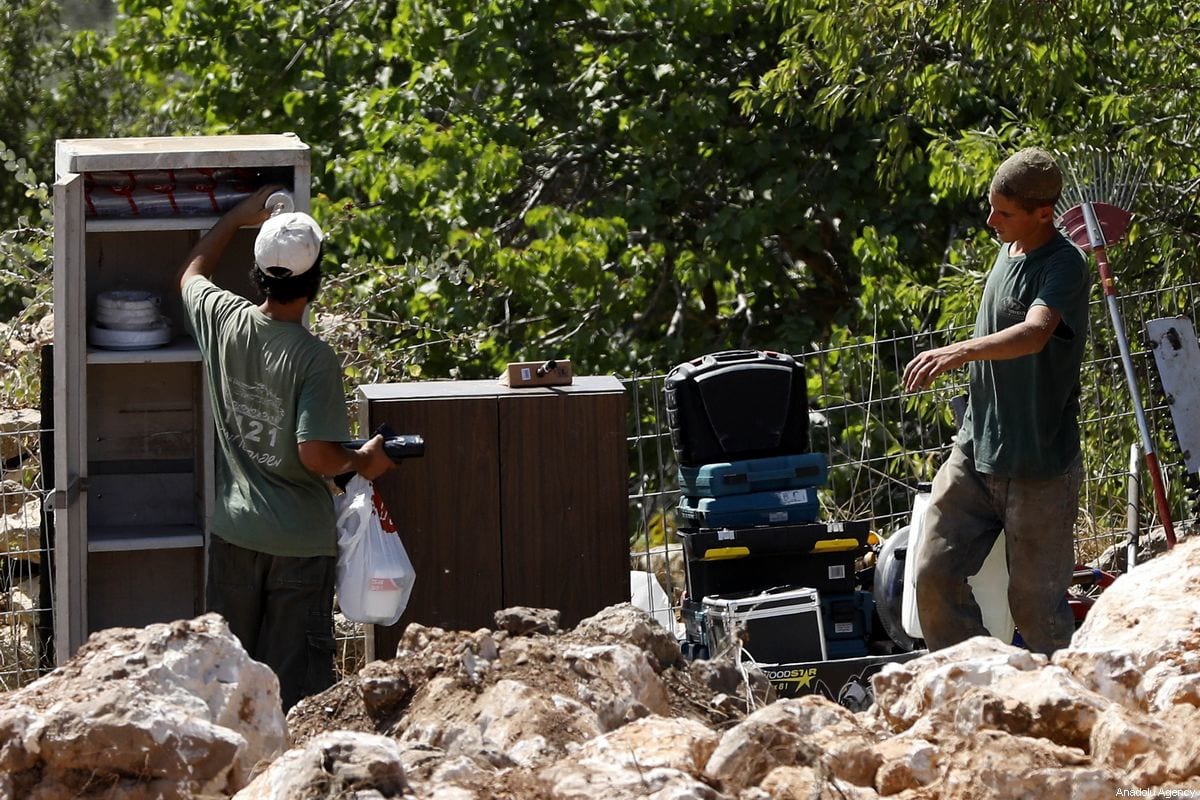 Jewish settlers surround an agricultural field of Palestinians' after seizing it to start an illegal construction at Beit Jala neighborhood in Bethlehem, West Bank on 3 September 2019. [Wisam Hashlamoun - Anadolu Agency]
October 16, 2019 at 10:30 pm

The attack took place in Burin village, near Nablus city, where settlers beat Palestinian villagers, according to Ghasan Daghlas, a Palestinian Authority official who monitors settlement activities in the northern West Bank.

Daghlas said four foreign activists were among the injured villagers, who came to support Palestinian villagers in harvesting their crops and to protect them from settlers' attacks.

He added that settlers set fire to some of villagers' farms.

In another incident, local media reported that Jewish settlers attacked farmers in Jabaa town in the Beit-Lahim governorate in the southern West Bank, where they threw stones at farmers.

Palestinians living in the Israeli-occupied West Bank complain of frequent attacks by Jewish settlers, which often include acts of physical violence, vandalism and the destruction of Palestinian farmlands.

Palestinian government sources say that in West Bank and Gaza Strip, there are nearly 8.5 million olive trees, in which olive production sales constitute 1% of the Palestinian national income.