Mohamed Morsi and journalism have both been killed in Sisi's Egypt 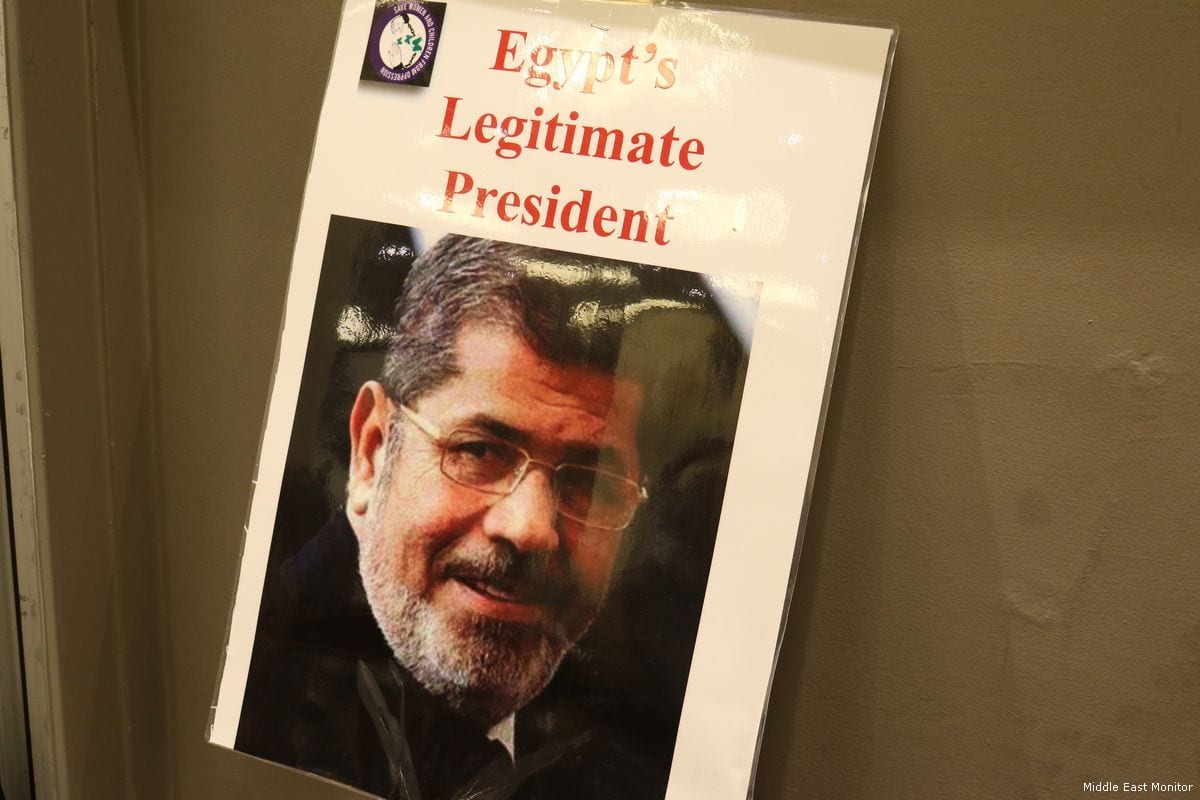 There has never been a more dangerous time to be a journalist than in the 21st century because the simple act of telling the truth can cost you your life. Despotic regimes that routinely crush human rights will first try to control the media as they go about the business of state-led tyranny.

Journalists who refuse to be silenced often find themselves in mortal danger. As we saw just last week in Palestine, they can also become targets, like photojournalist Muath Amarneh, who was shot in the eye by an Israeli soldier while covering a protest in Surif, close to Hebron in the occupied West Bank.

We should all be alarmed about the killing and wounding of journalists anywhere in the world. We should also have serious concerns that journalism is being killed off in countries like Egypt, where the profession once flourished more than anywhere else in the Middle East, Africa or Asia. Long before Al Jazeera burst onto the scene and shook up the Middle East with its audacious brand of reporting in November 1996, Egypt boasted an intellectual media culture that none could rival across the MENA region in terms of independent newspapers, music, movies, TV, and literature.

Even under the dictator Hosni Mubarak, whose kangaroo courts against the Muslim Brotherhood bordered on farce, the media was given courtroom access and was able to report accurately and without fear or favour. Although my Cairo hotel room was trashed by security police after I joined former US Attorney General Ramsey Clark at a press conference in October 2007 to criticise the regime's handling of the Brotherhood trial, I wasn't expelled or arrested, merely banned from the courtroom.

Today, I doubt if I would even get a visa under the censorship and media crackdown imposed so brutally by President Abdel Fattah Al-Sisi, and nor would I dare risk it. At one time, hundreds of foreign correspondents worked freely in Egypt, enjoying unrivalled hospitality and stimulating intellectual debate. Serious journalists, whether local or foreign, are now thin on the ground following the dramatic twists and turns of the Arab Spring uprisings. The few media outlets which haven't closed down — both state-owned and privately-controlled — have tied themselves in knots through self-censorship to avoid undue pressure from Sisi's brutal enforcers who demand complete obedience from a once thriving, ebullient and diverse media.

Cairo's closest friends in Riyadh and Abu Dhabi will no doubt welcome this fawning, frothy and news-light journalism, but does Egypt really want to be compared to Saudi or the UAE? They are, after all, places where press restrictions and tight control have resulted in prisons bulging to the seams with political prisoners who are locked up merely for expressing opinions critical of the government.

Fake news becomes a self-fulfilling prophesy when all the people can rely on for information are essentially government propaganda pieces churned out by tame or fearful reporters. An example of the dire current situation of the Egyptian media could be seen in the reports written after media visits to the notorious Tora Prison in Cairo earlier this month. I wrote about that awful prison in 2011.

You'd be forgiven for thinking that these were Trip Advisor travel reports recommending the infamous prison complex on the outskirts of the Egyptian capital. Most members of the former Mubarak government had been in residence there but, in a dramatic turn of events brought about by the military coup led by the then General Sisi in 2013, the prison gained a revolving door and it is now crammed with political prisoners from the Muslim Brotherhood, many of whom served the country during President Mohamed Morsi's year in power.

Singing from the same song sheet, the Egyptian journalists responsible for the latest propaganda about the prison gushed about the barbecues, gym facilities and distinct lack of complaints from those held behind its bars. The lack of transparency serves only to feed speculation and rumour from a jaded public which is having to go elsewhere for information because it no longer trusts the local papers, journals and magazines. The reason for the journalists' visit at this particular time, I suspect, is mounting pressure over Egypt's appalling human rights record and rising calls for an investigation into President Morsi's death in a courtroom cage in June.

Sisi launched an unrelenting war against dissent following the overthrow of Egypt's one and only democratically-elected Morsi. Thousands have been killed, and tens of thousands more have been arrested, and yet not one of the regime's tame journalists even wrote about the vile conditions in which Morsi had been held in prison, never mind anyone else. He endured six years of solitary confinement during which his family was only able to only visit him twice: on 6 November 2013, and again on 4 June 2017. Despite flooding the Egyptian authorities with complaints about his lack of access to health care, medicines, writing materials and newspapers, there was a complete wall of silence from the Sisi regime. Last March, visiting British MPs and lawyers warned that he faced the risk of dying in prison if he did not receive urgent medical attention.

There was outrage from Cairo when Morsi's death was condemned earlier this month by an independent panel of UN experts. "He died in the courtroom in front of everybody," protested Egyptian Minister for Parliamentary Affairs Omar Marwan. Nevertheless, the UN Special Rapporteur on extrajudicial, summary or arbitrary executions, Agnes Callamard, along with experts in the UN Working Group on Arbitrary Detention, concluded that the ousted President's death could amount to "a state-sanctioned arbitrary killing" because of the horrific conditions in which he was held.

Hence the invitation for the media to go along to the prison to write their glowing reports. As anyone who covered the assassination of journalist Jamal Khashoggi at the Saudi Consulate in Istanbul knows, it's not that difficult to cover up crimes against humanity when you have a bottle of disinfectant and some fresh paint to hand.

The Egyptian government insists that it is carrying out its own investigation into Morsi's death, but with a weak media and journalists too afraid to hold those in authority to account, there's little hope of it being anything other than a whitewash. That is why human rights and pressure groups such as Guernica 37 International, the Egyptian Revolutionary Council and the Cordoba Foundation are calling for a UN-led investigation into the death of the former president.

On Wednesday evening a panel of influential speakers including lawyers Carl Buckley and Toby Cadman, co-founders of Guernica 37; freelance journalist Peter Oborne; former BBC journalist Bill Law; Middle East policy expert Dr Maha Azzam; and Dr Anas Altikriti, CEO of the Cordoba Foundation, will address the issue at a central London event to examine what we know about President Mohamed Morsi's demise. No doubt they will demand an investigation into Morsi's death, but they might also consider calling on the UN to hold a similar inquiry into the killing of Egyptian journalism.