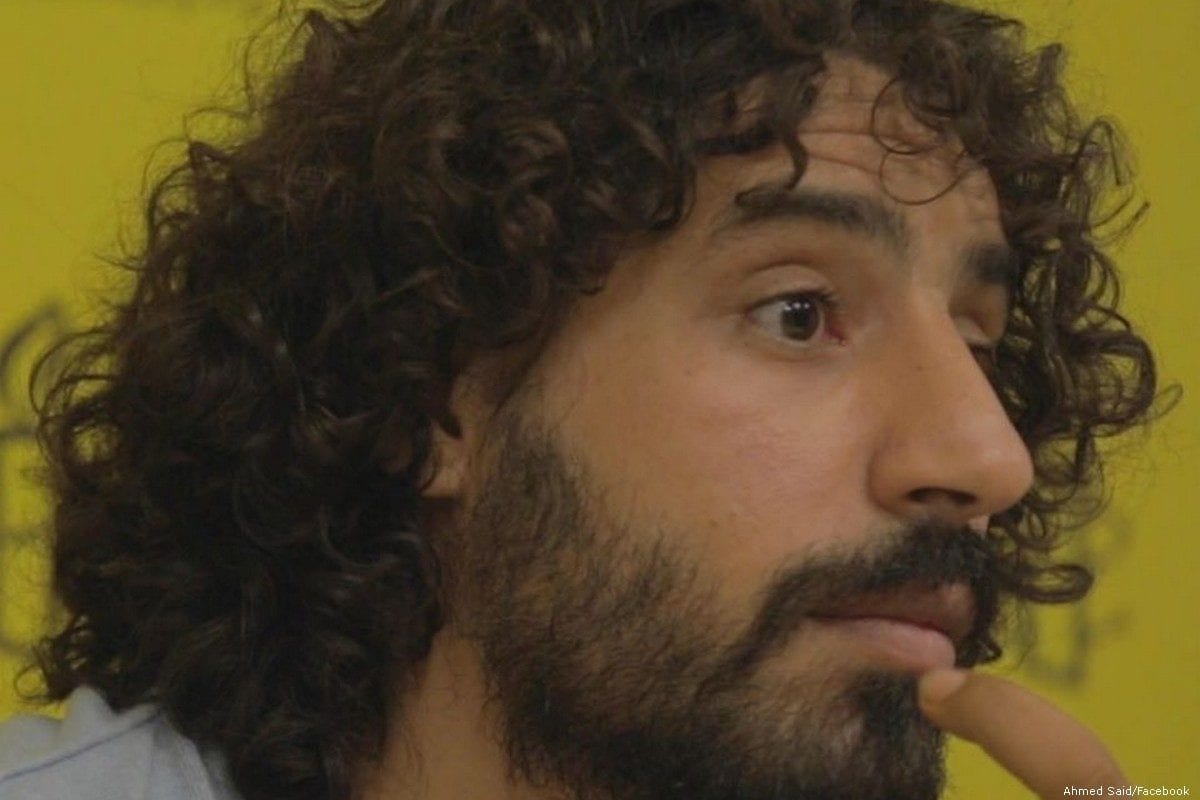 Egyptian activist Ahmed Said has written a Facebook post detailing how the National Security Agency (NSA) is intimidating his family.

After threatening to harm his 13-year-old son, the NSA went to his aunt's house asking after his mother, then called his uncle. They eventually spoke to his mother on the phone, asked if she was Ahmed's mother then asked her to come to the headquarters in Mansoura but she hung up the phone.

Activist and surgeon Ahmed Said, who now lives in Germany, was arrested in November 2015 for taking part in a protest commemorating the dead from the 2011 uprising. Security forces in Egypt have systematically used lethal force to crush peaceful protests with near total impunity, and arrested thousands.

Said was tortured and detained in the Scorpion wing of Tora Prison then eventually released on a presidential pardon. "They believe that by eradicating the people who believe in an idea, they can kill the idea itself," he wrote in a letter from inside the prison at the time.

In October security forces raided the homes of the family members of the prominent TV anchor Haitham Abu Khalil after he published a report on corruption and nepotism within President Abdel Fattah Al-Sisi's family.

Security forces threatened his 76-year-old mother, stole money, her passport and ID cards and broke the door of her apartment. They also stormed his brother's private clinic.

In September last year security forces set fire to the house of TV presenter Hossam El-Shorbagy in Arish, North Sinai, because he works in Turkey for Mekamaleen, a channel critical of the Sisi regime.