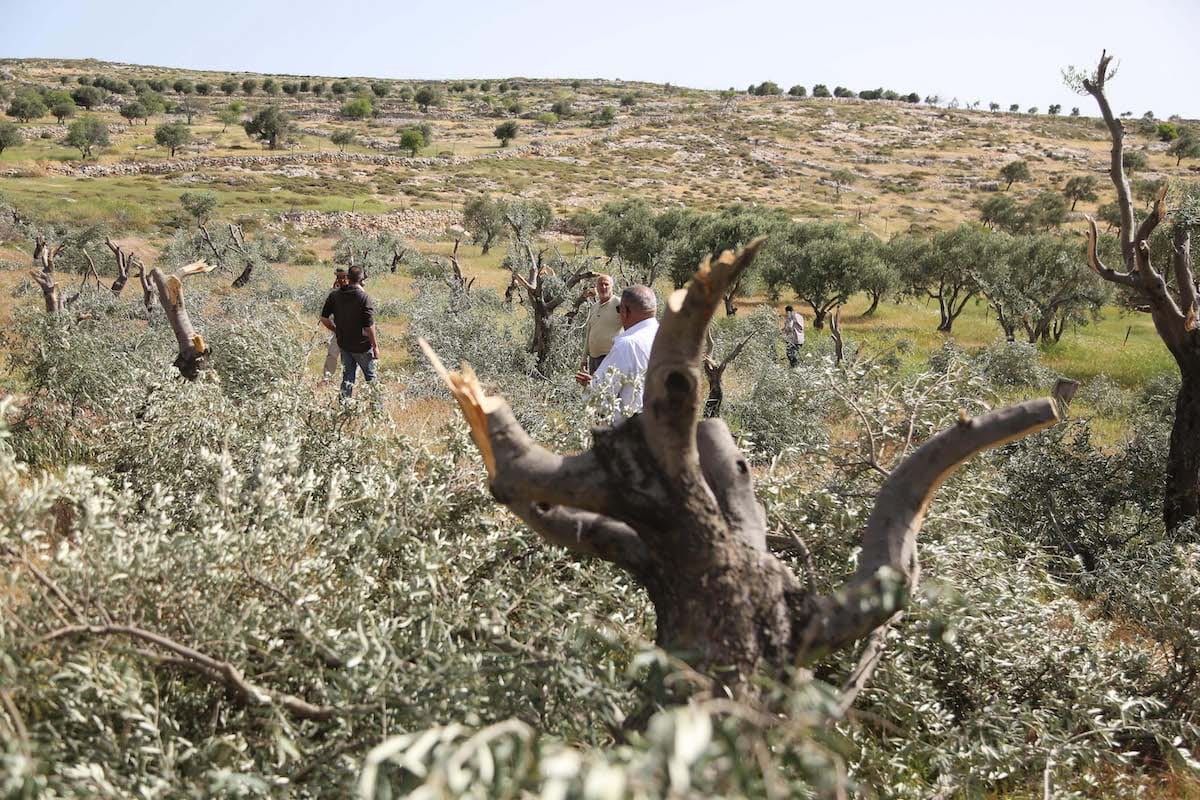 Palestinian farmers inspect the damage done to their olive trees by Israeli settlers [Issam Rimawi/Anadolu Agency]
January 9, 2020 at 2:12 am

The Palestinian official in charge of the settlement file in the northern West Bank, Ghassan Douglas, told Wafa that the settlers from the Jewish illegal settlement of Rahalim were responsible for cutting off the trees in Nablus' southern area Al-Sawiya.

He pointed out that the ownership of the removed trees were belonging to Al-Sawiya's governor Hamad Mahmoud.

The Israeli settlers, Douglas noted, had taken advantage of the country's cold and rainy weather where citizens are unable to reach their lands.

Israeli settlements are considered illegal by the European Union (EU) and the United Nations (UN). The UN has published data showing a 45 per cent increase in the demolition and confiscation of Palestinian structures in the West Bank during 2019, compared to 2018.

Around 600,000 Israelis live in Jewish-only settlements across occupied East Jerusalem and the West Bank, according to official data.