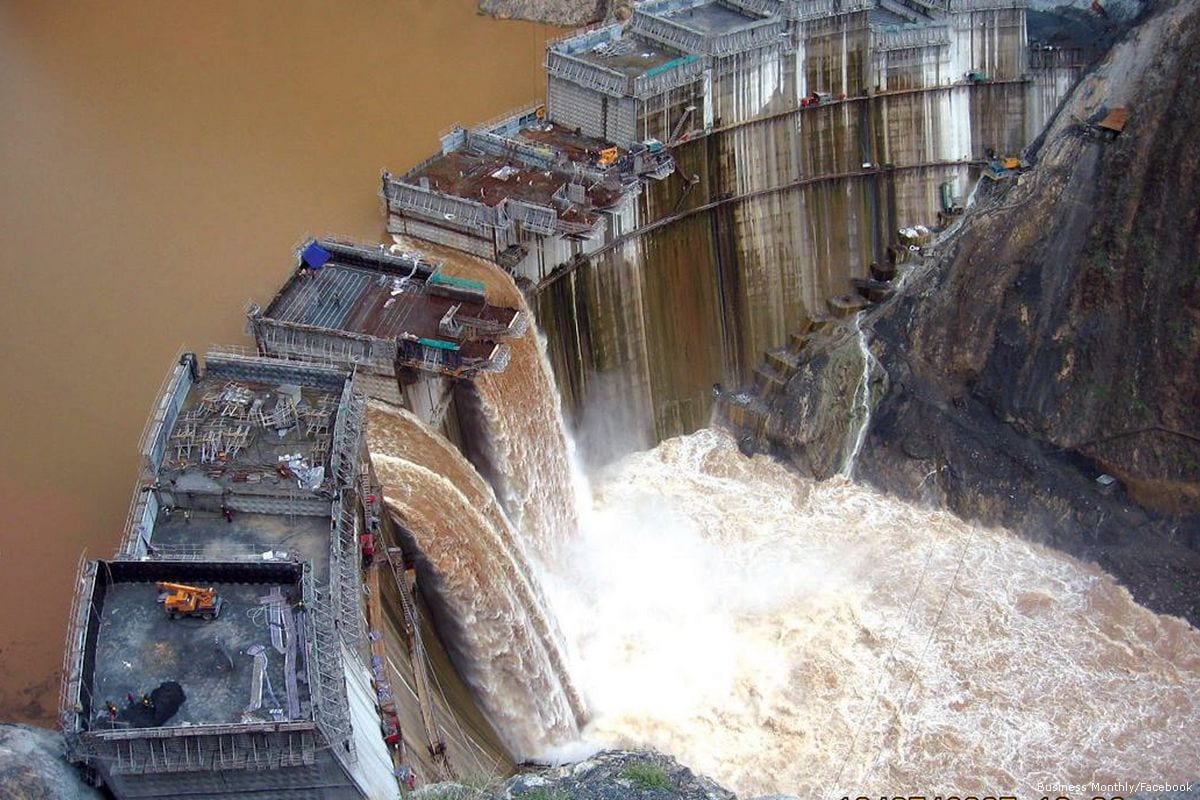 Ahmed, who visited South Africa this weekend, said he has asked South African President, Cyril Ramaphosa, to lead the mediation efforts in his capacity as the next chairperson of the African Union.

"As for Cyril Ramaphosa, he is a good friend for both Ethiopia and Egypt, and is the upcoming president of the African Union. He can make a discussion between both parties to solve the issue peacefully because peace is the foundation of everything here in Africa," Ahmed told reporters.

Meanwhile, Ramaphosa welcomed Ahmed's invitation saying that South Africa is willing to play a mediation role and facilitate reaching an agreement between Egypt and Ethiopia.

"What is pleasing, as far as I'm concerned, is that both countries are willing to discuss this matter and find solutions," he said.

Ramaphosa explained that he had discussed the issue with Egyptian President Abdel Fattah Al-Sisi who said that Cairo is willing to enter into negotiations.

Ethiopia is building a $5 million dam near the border with Sudan it says will provide the country with much needed electricity and economic regeneration.

Egypt believes that when the dam is filled already scarce water supplies from the Nile will be restricted.

Egypt is almost entirely dependent on Nile water, receiving around 55.5 million cubic metres a year from the river, and believes that filling the dam will affect the water it needs for drinking, agriculture and electricity.

After three way talks between the African countries failed, they settled on the US as an external mediator.

In November the US brokered a meeting in Washington, setting 15 January as a deadline for resolving the dispute, which at one point looked set to break into a military conflict between Cairo and Addis Ababa.

They agreed on four rounds of negotiations. The first was held in the Ethiopian capital, the second in Cairo and third in Khartoum.

Despite discussions looking up, over Christmas they stalled again after the third round in the Sudanese capital.

Cairo wants Ethiopia to guarantee Egypt will receive 40 billion cubic metres or more of water from the Nile. Ethiopian Irrigation Minister Seleshi Bekele said Egypt has abandoned this demand, but Egypt insists it hasn't and issued a statement to this effect.

There is also an unresolved conflict over how fast the dam will be filled, with Egypt fearing if it is filled too quickly it could affect the electricity generated by the Aswan High Dam.

Egypt wants it to be filled over seven years at least, whilst Ethiopia is pushing for four.