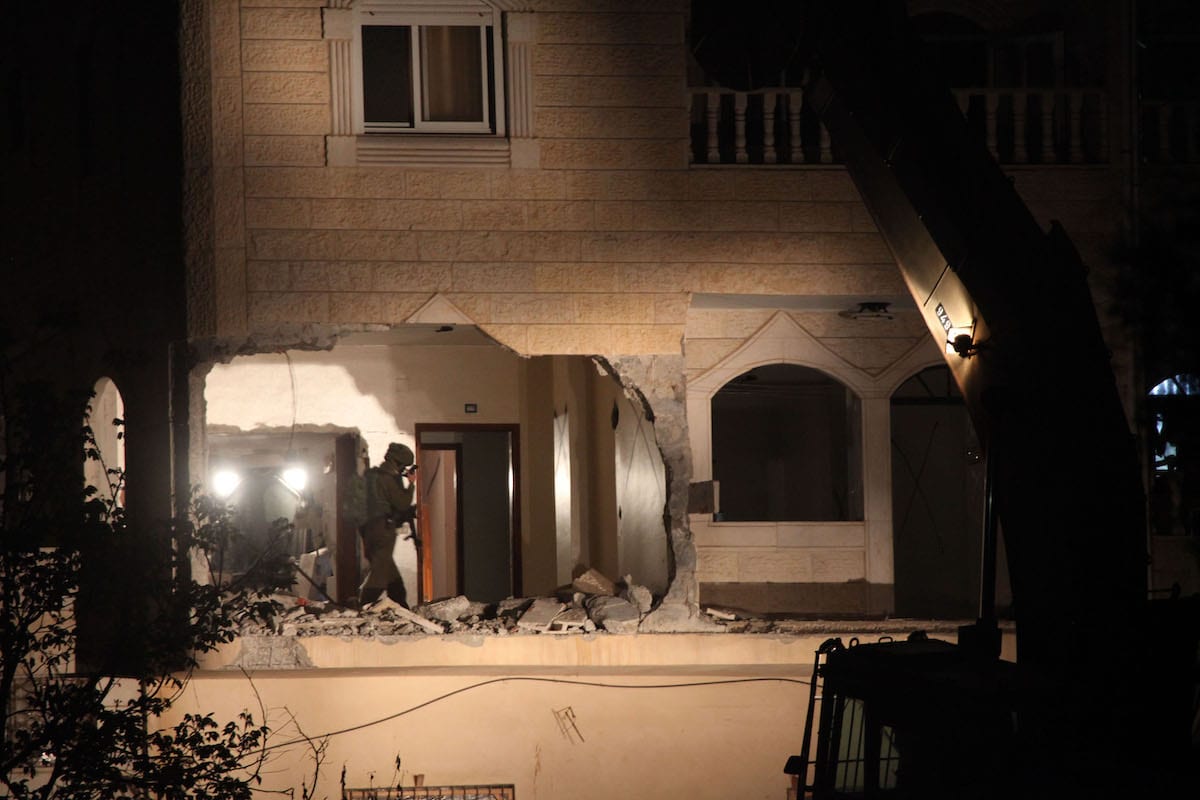 Israeli soldiers inspect the house of Palestinian Arafat Irfaiyye, after it was demolished by a bulldozer in Hebron, West Bank on April 19, 2019 [Mamoun Wazwaz/Anadolu Agency]
January 21, 2020 at 3:17 pm

Only 21 of 1,485 applications from Palestinians for construction permits in Area C of the West Bank were approved by the Israeli Civil Administration in the West Bank between 2016 and 2018, figures revealed in response to a freedom of information request by human rights organisation Bimkom.

However, Civil Administration data shows that over 2,000 demolition orders were issued in Area C for "violations" by Palestinians of planning and construction regulations during the same period.

A restrictive planning regime applied by Israeli authorities makes it almost impossible for Palestinians to obtain building permits in Area C, impeding the development of adequate housing, infrastructure and livelihoods.

Earlier this month, Bennett issued instructions to authorities to intensify Israel's crackdown after stating that Area C of the occupied West Bank belongs to Israel.

According to Israel Hayom, Bennett has held several meetings in the past few weeks with senior officials as the right-wing minister seeks a "total stop to illegal Palestinian construction within two years."

In light of Israel's discriminatory planning system, some European governments have provided modest funding to Palestinian communities under threat, support that has infuriated Israel. For Israeli authorities, such Palestinian constructions constitutes an illegal "take over" of land.

Further stats provided by the Civil Administration showed that 56 building permits were granted to Palestinians between 2018 and 2019. However, 35 of those were granted as part of a state plan to relocate Jahalin Bedouins from the Al-Mintar neighbourhood, and were not implemented.

The Israeli government seeks to deport Bedouin communities east of Jerusalem in order to establish a settlement project called the E1 zone.

Also requested by Bimkom was comparable data for the entire period since 2000, which brought to light that Palestinians have submitted 6,532 building permits in Area C, since 2000, of which only 245 – just 3.7 per cent – were approved.

According to Haaretz, Bimkom coordinator Alon Cohen-Lifshitz says: "As the Israeli stake in the West Bank keeps increasing over the years, the number of permits is dramatically decreasing. You see it especially after the Oslo Accords, when you see a dramatic drop. In '72, no one thought there was a stake in stopping Palestinian construction. To the contrary – they saw it as the country's obligation."

The West Bank is divided into three areas according to the Oslo Accords – Area A, under full Palestinian control, Area B, under Palestinian administrative control and Israeli security control, and Area C, under full Israeli control.

International law views both the West Bank and East Jerusalem as occupied territories and considers all Jewish settlement building activity there as illegal.

READ: PA calls on ICC to deal with Israeli courts as tools of occupation, judges as war criminals