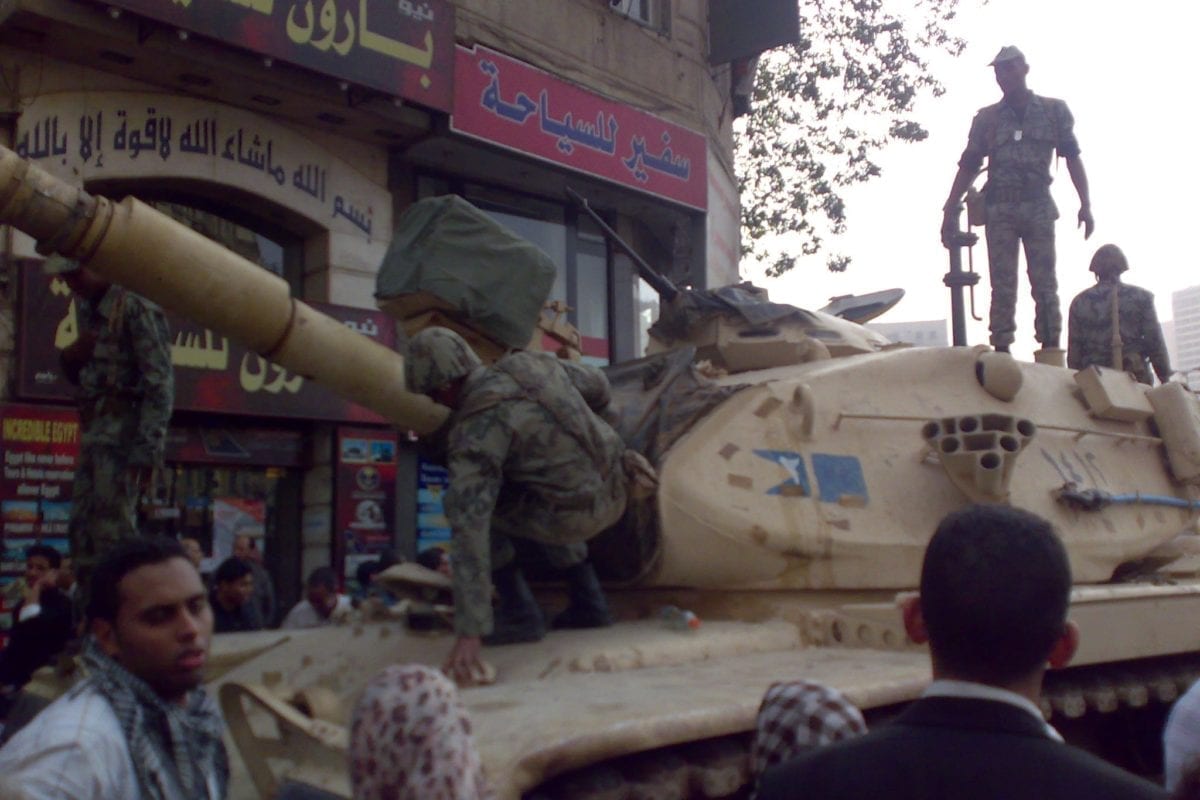 One of the members of the Egyptian Supreme Council of the Armed Forces, which took over power following the departure of ousted president, Hosni Mubarak, admitted that the Egyptian army had conducted virginity tests on girls, while attacking pro-government media for being "bad and biased".

Major General Hassan Al-Ruwaini, who was a member of the Supreme Council of the Armed Forces during the January revolution, revealed in an audio leak broadcasted by the Egyptian Mekameleen TV channel, that the army conducted "virginity tests" on 17 female activists in March 2011.

During a meeting with officers of the armed forces during the revolution, Al-Ruwaini mentioned a conversation he had with journalist, Amr Adeeb, disclosing: "I told him, Amr [Adeeb], the cake is still undercooked. So wait for it to be taken out of the oven, and then cut a piece of it. By then, the piece will look good. However, if you cut it now it will look bad because the ingredients are undercooked. If you eat it now, you will get sick and have diarrhoea."

He affirmed that these TV hosts do not care about Egypt or its future, pointing out that they are ready to sell their families, not only Egypt, speaking out against pro-government media figure, Wael Al-Ibrashi.

Al-Ruwaini admitted giving "countless" incentives to army officers immediately after the January revolution, describing those who claim that the army is a different institution to the Supreme Council of the Armed Forces as "traitors".

He spoke in the audio leak about the presidential candidates after the revolution, asserting: "Who are you? You are a potential candidate; your candidacy can be either accepted or rejected."

The military official insulted the figures of the January revolution by referring to them as "dwarves", adding that "if one officer decides to make one single move, then he will be able to crush them and their families."

The audio leak carried disparaging messages about the leaders of the army, and included strong criticism of the parties and politicians, such as: "They used to beg us to let them stay in power," as well as a criticism of the demonstrations of university students, revolution activists and civil society organisations.