UN: 467 Iraqi protestors have been killed since October 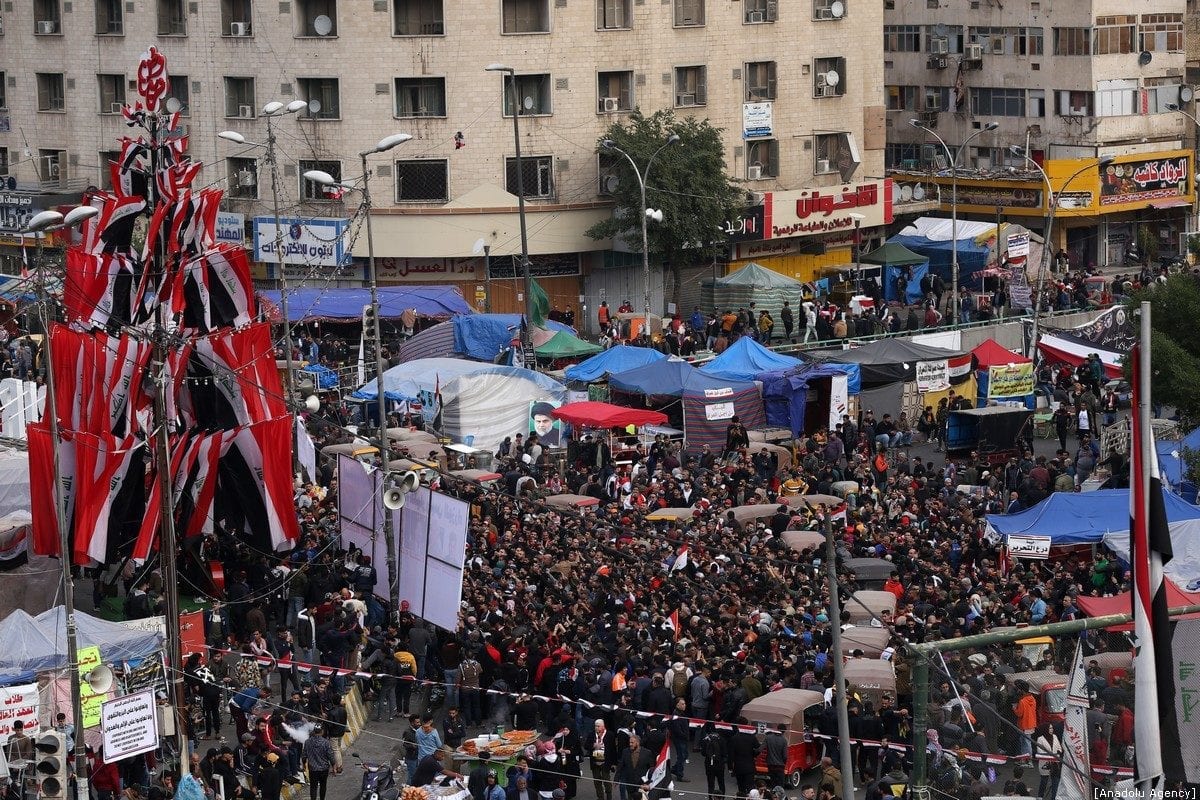 Iraqis continue to take part in anti-government protests at Tahrir Square in Baghdad, Iraq on 10 January 2020. [Murtadha Sudani - Anadolu Agency]
January 31, 2020 at 12:24 am

Some 467 Iraqi demonstrators have been killed and more than 9,000 injured since the start of the anti-government protests in early October, the United Nations Assistance Mission for Iraq (UNAMI) announced yesterday.

In an official statement, UNAMI described the daily loss of Iraqis youth as "unbearable."

The humanitarian organisation pointed out that most of the death and injury cases were due to "the use of live ammunition, tear gas canisters, and security forces attacks on the protestors."

Iraq has been witnessing unprecedented protests since the beginning of last October, interspersed with violence, leading to the death of more than 600 people, according to Amnesty International and statements by Iraqi President Barham Salih.

The popular movement forced the government of Adil Abdul Mahdi to resign, on 1 December 2019 and insists on holding all the political figures, accused of corruption and wasting state funds, accountable, and isolating the political class, which ruled the country, since the overthrow of Saddam Hussein's regime in 2003.

Iraq is living in a constitutional vacuum since the deadline given to the President of the Republic to assign a candidate to form the next government came to an end on 16 December, due to deep conflicts over the candidate.