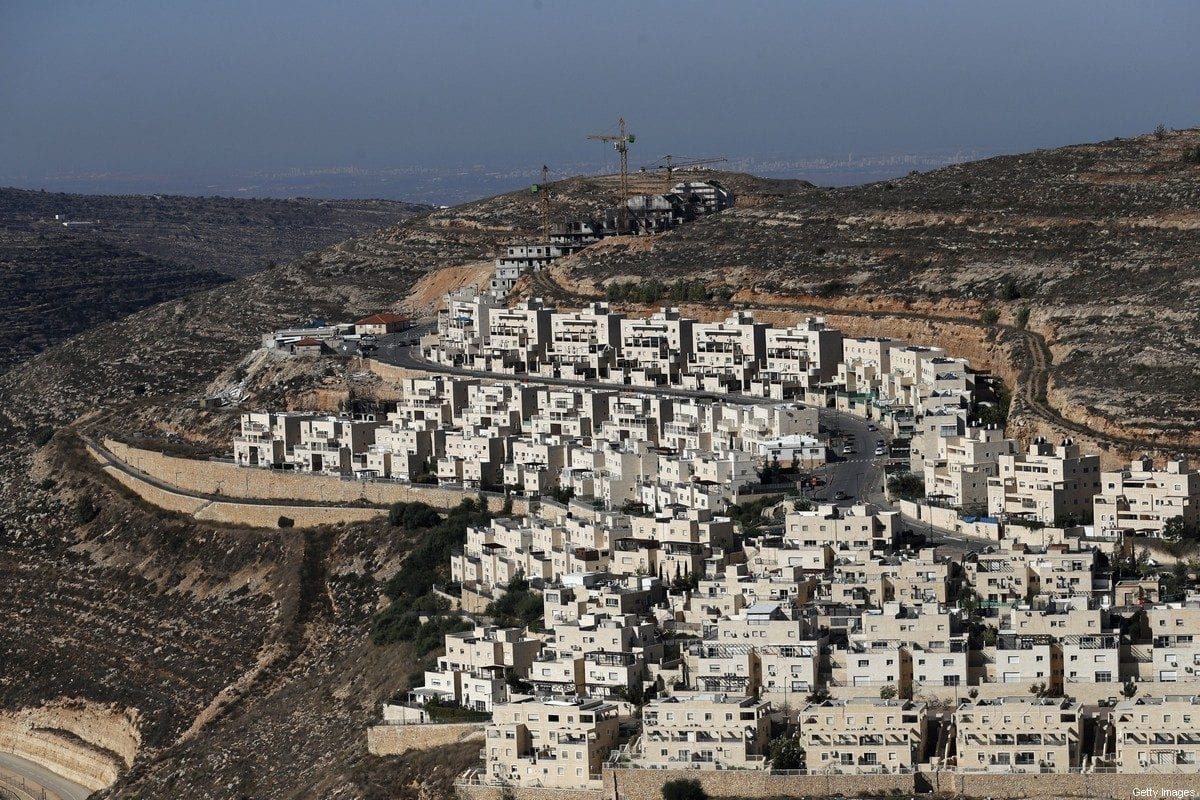 Israeli settlement of Givat Zeev, near the Palestinian city of Ramallah in the occupied West Bank, on 19 November 2019 [AHMAD GHARABLI/AFP/Getty Images]
March 2, 2020 at 1:14 pm

In a last-minute bid for votes in today's election, Benajmain Netanyahu has pledged to annex key parts of the occupied West Bank within "weeks" if re-elected.

Netanyahu made the pledge during an interview with Israeli public radio yesterday, envisioning the annexation of the Jordan Valley and other parts of the occupied West Bank.

Adding that the plan is part of "four major immediate missions" which would take no longer than two months".

The long serving prime minister previously said that Israel has the "full right… if we chose" to annex the Jordan Valley and other strategic parts of the occupied West Bank.

Netanyahu listed his three other "immediate missions" as "eradicating the Iranian threat", signing a "historic" defence treaty with the US, and exacting major economic reforms to reduce the cost of living.

The self-declared Jewish state is going to the polls today for the third time in a year, with 6.3 million people eligible to cast their votes in polling stations.

Netanyahu is seeking to secure a clear victory, after previous elections in April and September failed to produce a winner.

Special voting booths covered in plastic sheeting have been set up across the country to allow the 5,000 people under precautionary quarantine over coronavirus fears, to vote.

The election comes only weeks before Netanyahu is due to face trial on criminal corruption charges on 17 March.

The 70-year-old leader was indicted in November in three major cases, including allegations that he accepted hundreds of thousands of dollars in luxury gifts, such as litres of champagne, from wealthy associates, in return for positive news coverage.

The right-wing leader has termed the charges "false" and "politically motivated", but, if convicted, could face up to ten years in jail.

Opposition leader and a former military chief of staff, Benny Gantz, has focused his campaign on Netanyahu's character, arguing that a man accused of serious crimes is unfit to lead.

On 26 February, Gantz lashed out at the Israeli prime minister saying "Netanyahu, look me in the eye. Because of your obsession with evading trial, you're lying, attacking, dividing, mudslinging, spreading malicious rumours and inciting."

While, Netanyahu told Channel 12 that Gantz "is weak; he's not a leader", adding that the opposition leader was "not fit" to be prime minister.

Exit polls from the election are expected later today, after polling stations close at 22:00 (20:00 GMT).

Beyond Israeli Elections: Israel at the Cusp of a Bleak Era