Palestinians manufacturing masks for Israel instead of clothing as coronavirus spreads 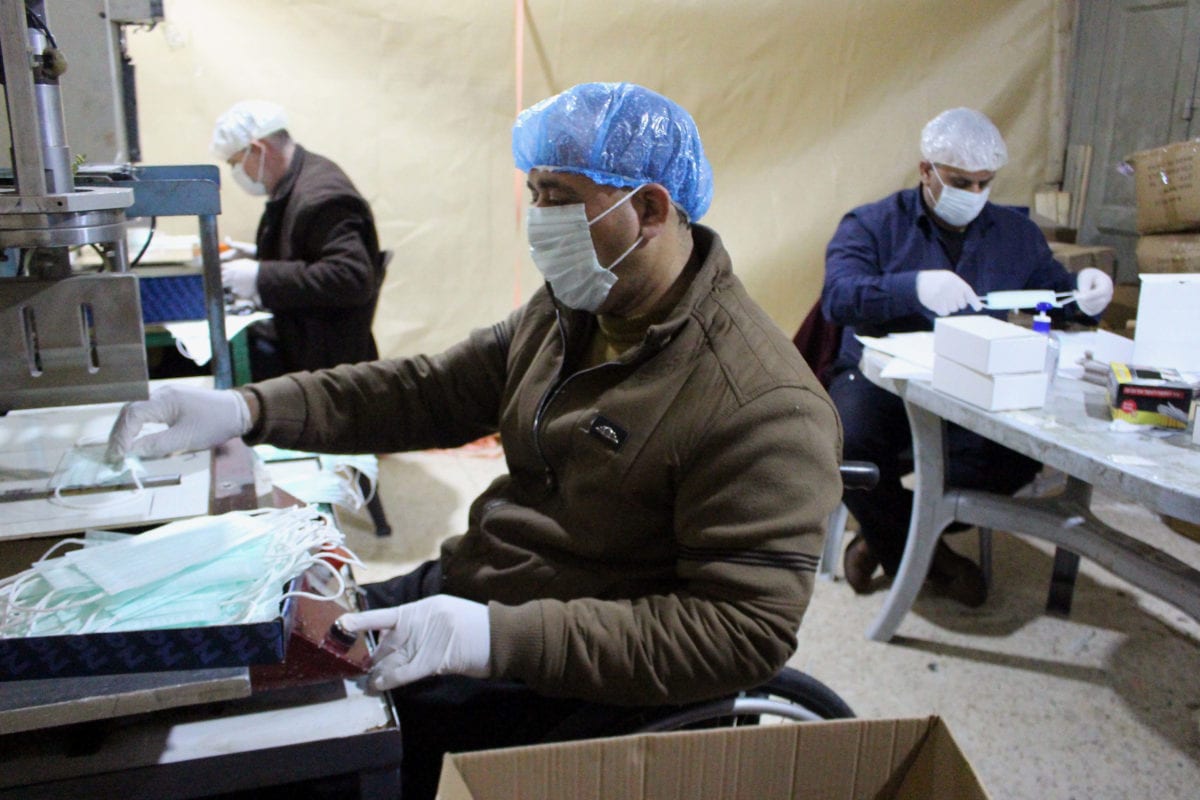 Palestinian workers produce face masks at a shoe factory in the West Bank city of Hebron on March 14, 2020 amid the spread of coronavirus. [Mosab Shawer / ApaImages]
March 27, 2020 at 12:49 pm

Following the global outbreak of the highly contagious coronavirus, a Palestinian sewing company is producing surgical masks and other protective gear instead of clothing, reports The Times of Israel.

UniPal 2000 factory in the Karni Industrial Zone in Gaza City is a merger of four sewing factories with a capital of $1.2 million and 200 workers.

Chairman Nabil Bawwab said the company made the transition at the beginning of March and has been producing thousands of masks and protective suits daily.

He said he has already signed contracts with Israeli business partners to provide 1 million masks and 50,000 protective suits by the end of April. In addition, the company was also in talks with local and international medical organisations in Gaza to sell them products too.

"We never stopped making clothing, even during all the difficult times," said Bawab. "But when the virus came, we decided to do something to provide people with protection."

"We need more space because we are making sure our workers are not close to each other," he said. "We hope to be making 25,000 masks every day by the end of the month."

In 2007, factories closed after the start of the Israeli-Egyptian siege imposed on the Gaza Strip, which included the almost full closure of all crossings which allowed movement in and out of the enclave.

According to The Times of Israel, the Coordinator of Government Activities in the Territories did not respond to multiple requests for comment about whether it was aware of Unipal 2000's shipments of masks and protective gear to Israel.

However, Bawab said Israeli authorities, who maintain significant restrictions on the movement of people and goods into and out of Gaza, had been cooperating effectively with his company regarding exporting masks and protective gear to Israel.

"When it comes to health issues, they work with us," he added.