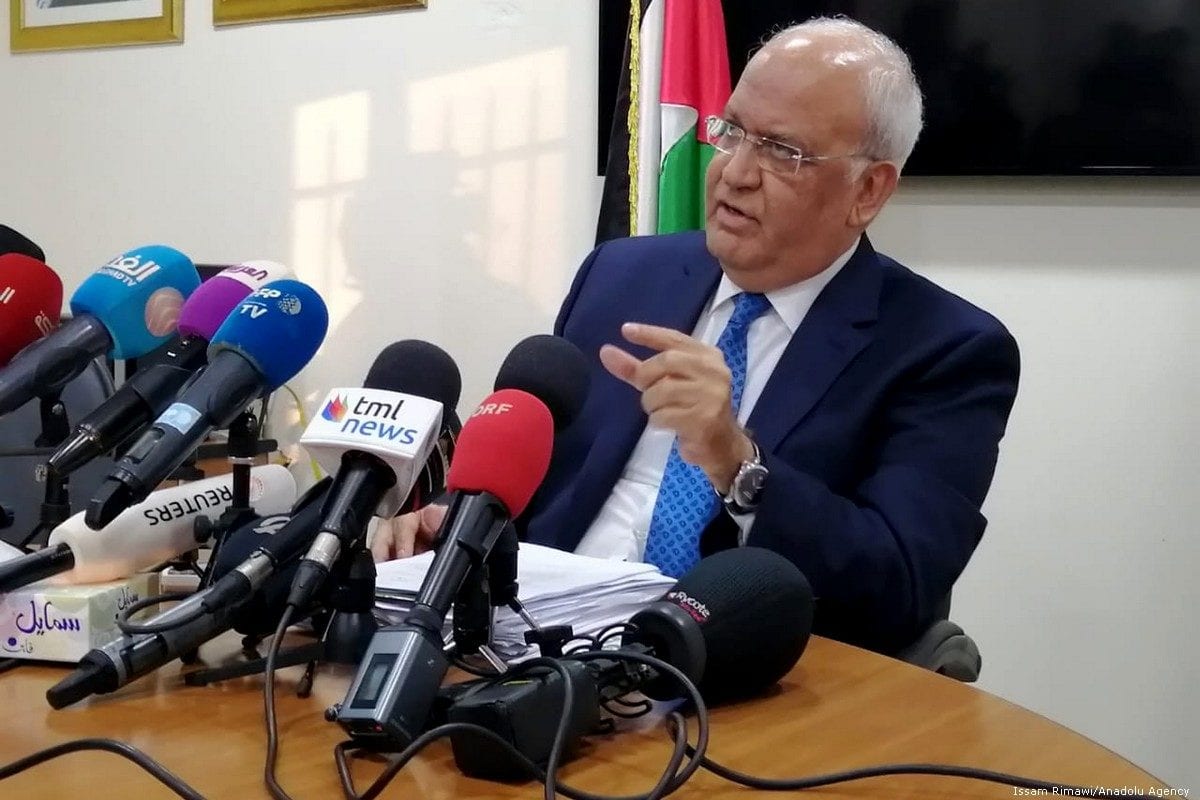 Speaking toÂ Palestine Radio, Erekat said that Israel's ideology is based on imposing new realities on the ground and reinforcing the occupation in order to undermine negotiations and the peace process and reach a state of chaos.

He said that he is afraid that after the Palestinian leadership's decision to freeze agreements with Israel, includingÂ security cooperation, Israel would resort to field violence.

Erekat said that the Palestinian leadership maintains continuous communication with the international community and the Arab League in order to stop the Israeli plan and save the peace process.

Turkey: Annexation of West Bank is a crime

"The US and Israel will not stop the annexation plan except under international pressure," he said, stressing: "There would be consequences for this measure on the economic and political Palestinian-Israeli relationship."

He added: "The situation must be dealt with seriously in light of theÂ persistenceÂ of the Israeli Prime Minister Benjamin Netanyahu to implement the annexation plan and impose realities in the ground."

Meanwhile, he reiterated the importance of the French, German and British positions which warned Israel of the "negative consequences" of the implementation of the plan on the two-state solution.

Israeli media reported that the Israeli army had reinforced its forces in the occupied West Bank in preparation for any possible emergency in the wake of the Palestinian decision to halt security coordination with the occupation state.