US prefers UN mediation in Libya over Cairo Declaration 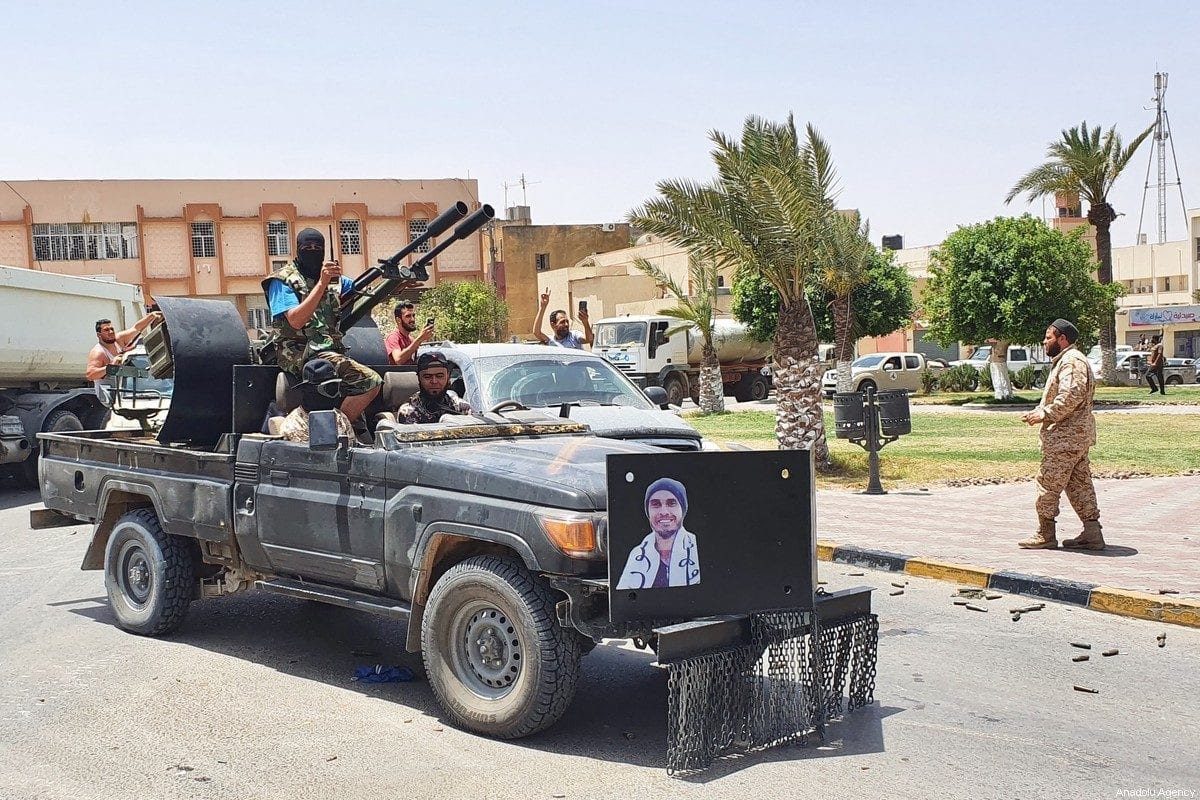 Members of The Libyan Army celebrate after they liberated the strategic Tarhuna city, the last stronghold of warlord Khalifa Haftar in western Libya on June 05, 2020 [Hazem Turkia / Anadolu Agency]
June 13, 2020 at 2:14 pm

Egypt called for a ceasefire on Saturday under Egyptian presidential initiative.

The US administration is urging a more active international role in the Libyan file, in light of recent events on the ground, and the subsequent international movement, to revitalise the political track in the country.

US Assistant Secretary of State for Near East Affairs David Schenker announced on Thursday that although there are "helpful" aspects of the Cairo Declaration, the Egyptian proposal for a truce in Libya, a United Nations (UN)-led mediation attempt to restore peace in that country is the best way to move forward.

"We think that the UN-led process and the Berlin process are really the framework — the most productive framework — to engage in negotiations to make progress on a ceasefire," he told reporters at a Thursday teleconference.

Libya is polarised as the internationally-recognised Government of National Accord (GNA) is controlling the capital of Tripoli, while retired Major General Khalifa Haftar rules on the eastern side.

Haftar, who launched an offensive a year ago to take control of Tripoli, is supported by the United Arab Emirates, Egypt and Russia, while Turkey supports the GNA.