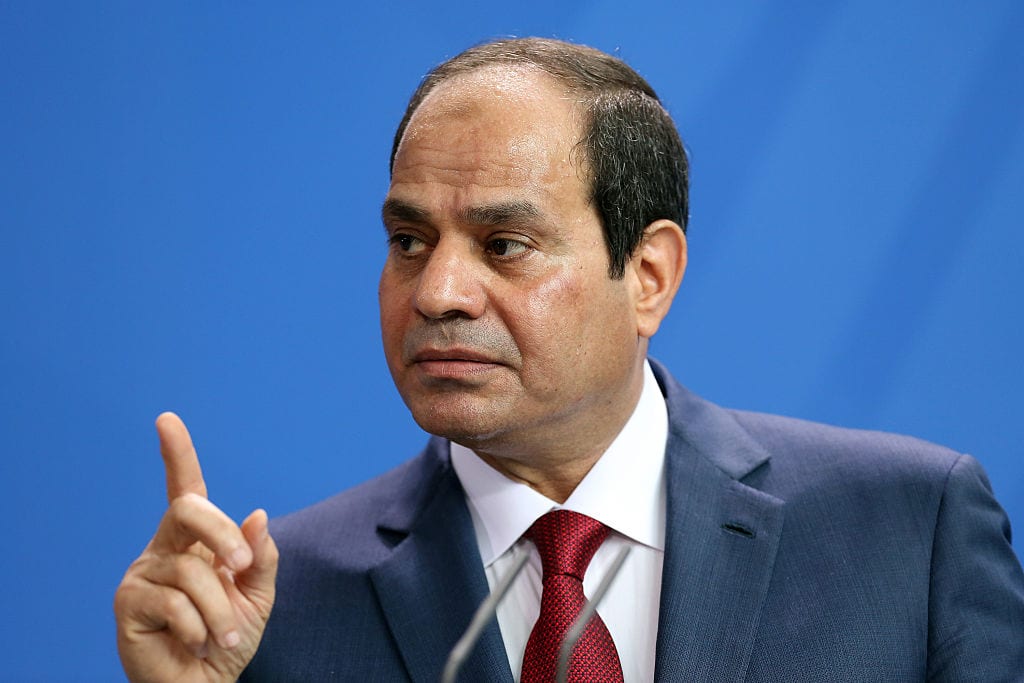 In August 2016 The Economist magazine published a leader article titled "The ruining of Egypt;" it spoke of a dangerous mix of repression and economic incompetence and the likelihood of another uprising. Since then, former Army General Abdel Fattah al-Sisi has tightened his grip on power in such a manner that he now seems unassailable.

As the president begins his seventh year in office, Egypt's 102 million population will quite rightly be wondering what happened to the human rights, democratic rule, and development that they were promised back in July 2013.

Alas, they were all thwarted. Fundamental freedoms of assembly, association, and expression were not denied to the Muslim Brotherhood only, as some expected. Even the cheerleaders of the 2013 coup have themselves been excluded from the political arena.

When Sisi's army comrades, Sami Anan and Ahmad Shafiq, announced plans to contest the 2018 presidential elections the former was detained and the later was forced to withdraw. The only other candidate allowed to participate was Moussa Mustafa, leader of El-Ghad Party, who instead of campaigning for himself, actually campaigned for Sisi. Such is the state of Egypt's democracy.

After announcing his intention to stand down in 2022, the Egyptian parliament approved a constitutional amendment in April 2019 extending Sisi's term until 2024 and allowing him to run again in 2030.

In hindsight, The Economist seemed supremely naïve and idealistic when they appealed to Sisi "not to stand again for election in 2018." Indeed, only a few days ago a call was raised in parliament for Sisi to remain president for life.

Since seizing power Sisi has given the country's military a greater role in managing the civilian economy. Senior officers were appointed to managerial roles in all sectors of the state, not because they had the technical know-how or competency, but because Sisi wanted to secure their loyalty.

At present, the Egyptian army manages 25 per cent of total government spending on housing and infrastructure. In fact, its economic arm – the National Service Projects Organisation (NSPO)– has at least 30 companies engaged in business activities ranging from cement and fertiliser production to ownership of petrol stations, transport, fisheries and poultry farms.

Belatedly, opposition to the military's dominance of Egypt's economy is becoming more vocal. Private sector companies are growing increasingly restive because while they are burdened with heavy taxes and customs duties, military businesses are exempt.

OPINION: Who has whispered in Sisi's ear to commit political suicide?

In an attempt to allay these concerns the NSPO earlier this year offered 10 of its companies for domestic and foreign investors. However, the military is renowned for keeping its accounts secret and is off-limits to inspection from any source. It remains to be seen, therefore, who and how many entrepreneurs will take the risk to invest in companies that are not audited.

In a report published in April 2019, the World Bank estimated that 60 per cent of Egypt's population is either poor or vulnerable and that inequality is on the rise. Poverty levels and inequalities are often linked to regions; hence while poverty rates are as low as seven per cent in cities like Port Said, it rises to as much as 66 per cent in parts of Upper Egypt.

During the period July 2013 to August 2016, the Gulf States, particularly Saudi Arabia, the UAE, and Kuwait pumped an estimated $30 billion in aid into stabilising the Sisi regime. This was done largely through deposits with the Central Bank of Egypt and the supply of petroleum products as grants. Then when oil prices began to fall in the second half of 2014, the flow of Gulf finance to Egypt began to trickle thus forcing the regime to seek a $12 billion loan from the IMF in 2016.

In spite of the bailout by international agencies, Egypt's economy remains closely linked to the Gulf through trade, investment, tourism, and remittances. All of these have declined significantly because of the coronavirus pandemic. Normally, Egyptian workers in the Gulf remit about $25 billion annually. According to the World Bank, remittance flows are expected to fall by 19.6 per cent this year across the Middle East and North Africa. Already, Egypt's Central Agency for Public Mobilisation and Statistics (CAPMAS) has reported that 73.5 per cent of families have suffered a reduction in their income due to the pandemic.

Throughout the past seven years Egypt's military has mishandled the economy and sensitive issues of national sovereignty. The next "uprising" which The Economist forecasted in 2016 has not materialised but it may not be far off. 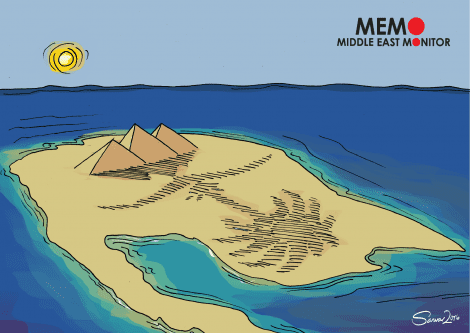 When President Sisi ceded sovereignty of two Red Sea islands, Tiran and Sanafir, to Saudi Arabia in 2016 many Egyptians felt a profound sense of hurt to their national pride. They are now watching closely to see how the Renaissance Dam controversy with Ethiopia will pan out. The prospects do not look good for the Sisi regime. No amount of threats and appeals have been enough to dissuade the Ethiopians from asserting sole control of the dam. The regime may have gotten away with the cessation of the Red Sea islands but for Egypt's people, the Nile is different. It is their lifeline. As the Greek traveller Herodotus once said, "The Nile is Egypt and Egypt is the Nile."

Clearly, if Egypt is to emerge from this current cycle of chronic poverty and dependency it deserves a more competent leadership that is able to uphold the rule of law, respect human rights and create equal opportunities for all its citizens.