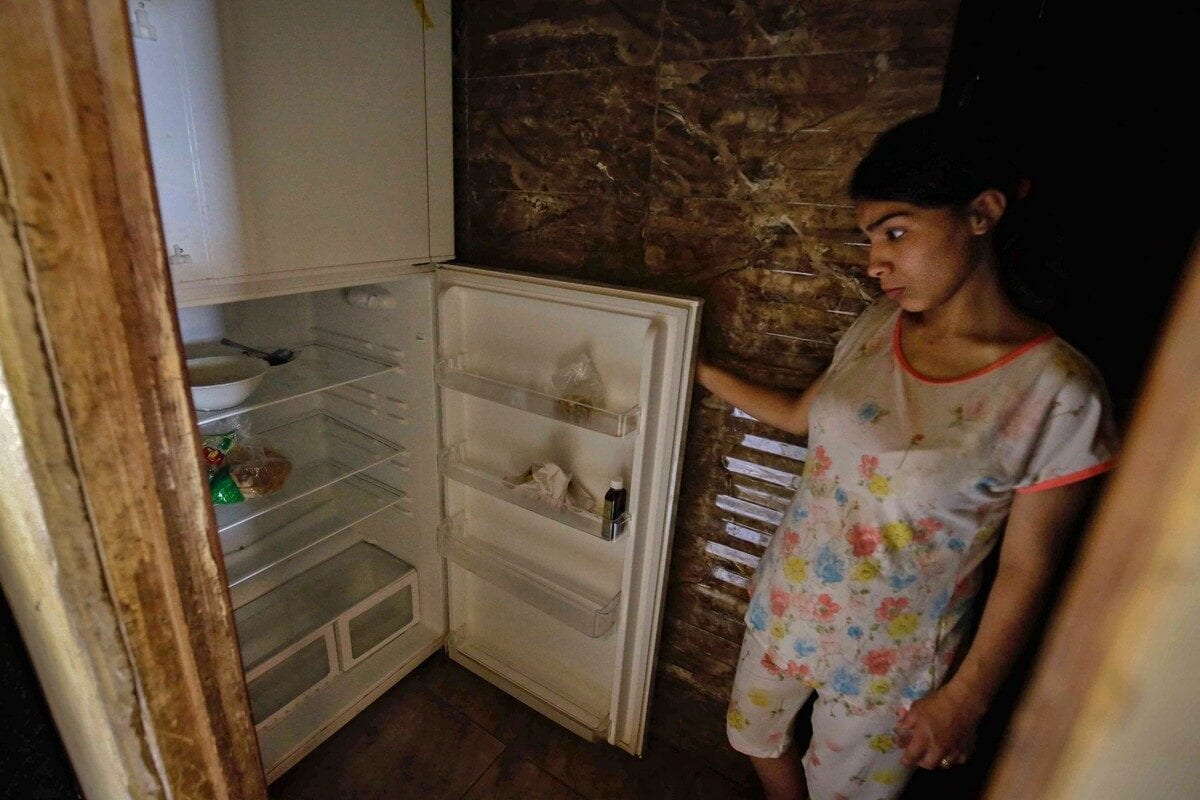 A Lebanese woman stands next to her empty refrigerator in her apartment in Beirut, Lebanon on 17 June 2020 [IBRAHIM CHALHOUB/AFP/Getty Images]
July 15, 2020 at 12:54 pm

'Hunger crimes' are on the rise in Lebanon as food prices have continued to increase as part of the country's rapidly worsening economic crisis, a report by AFP says.

"He [the robber] told me that he didn't want to hurt me. He asked me to give him money or take him to a grocery store to buy some food… he said his children back home were crying from hunger," one victim was quoted by AFP as saying.

After receiving the money, the robber fled the scene, but then returned, crying and explained he was unemployed and struggling to make ends meet.

"He started crying and apologizing to me… he told me that he was not a thief but that he was hungry and so were his children."

Since September 2019, thousands of Lebanese have lost their jobs or seen their salaries rapidly lose value as a chronic dollar shortage has led to swift devaluation of the local currency – the Lebanese lira.

The lira has lost nearly 80 per cent of its value since October, reaching an exchange rate of 9,000 lira to $1 in recent weeks, despite being officially pegged to the dollar at 1,507.5.

Food importers are expected to pay for goods in dollars, despite the chronic scarcity of the foreign currency in the country. This, a policy paper by Beirut-based think tank Triangle found, has caused food prices to rise by approximately 55 per cent since April 2019.

In one, recorded on CCTV, a man, holding a gun, is seen stuffing a plastic bag full of nappies. "Quickly, quickly", he says, waving the gun in the cashier's face, demanding the cash from the till.

Crime numbers, according to statistics provided by Lebanon's Internal Security Forces (ISF), have shot up in 2020. While in 2019 the ISF recorded a total of 650 thefts and robberies, the security organisation has documented 863 similar crimes in the first half of 2020 alone.

One unnamed security official was cited by AFP as stating that this year's statistics represent a six-year high in crime numbers, and claiming the spike is likely a result of Lebanon's economic crisis.