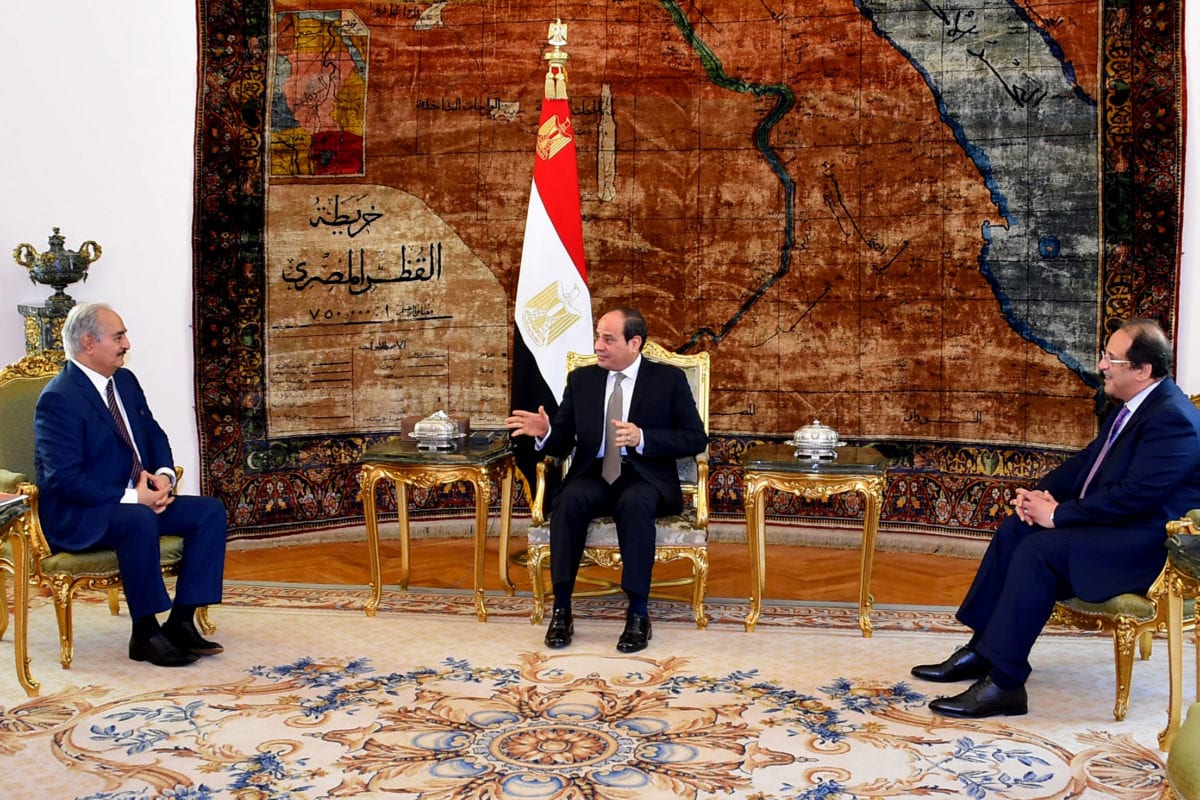 Egypt has been seeking support from a number of its Arab neighbours, including Jordan and the Palestinian Authority, in its dispute with Turkey.

The Jordanian government has offered to mediate between the rivals.

Egyptian Foreign Minister Sameh Shoukry has had a series of meetings within the region in recent days, the latest being with PA President Mahmoud Abbas yesterday in Ramallah.

The two discussed recent developments within the region, focusing on Israel's plans to annex parts of the occupied West Bank as well as diplomatic relations between the PA and Egypt.

According to the Jerusalem Post, however, Palestinian officials revealed that Shoukry's visit was also to discuss increasing tension between Egypt and Turkey in Libya.

READ: The unlikely war between Egypt and Turkey in Libya

Egypt has apparently sought the backing of the PA and other Arab states. This was reportedly opposed by some PA officials who expressed concern over Egypt's failure to support the Palestinians against Israeli plans and the US "Deal of the Century".

The meeting with the King also "touched on regional developments, foremost of which is the Palestinian cause." Shoukry's visit to the Hashemite Kingdom also had undertones of seeking support against Turkey.

During a joint press conference with his counterpart Safadi in Amman, he stressed that Turkey's military support for the Libyan government is a "grave threat to Arab and Egyptian national security", and that Egypt will be taking "decisive measures" to ensure its security.

Such measures, suggested the Egyptian official, include military intervention in Libya in order to support renegade Field Marshal Khalifa Haftar against the UN-backed Government of National Accord (GNA). Military action abroad, including this proposed intervention in Libya, was approved yesterday by the Egyptian parliament, in support of President Abdel Fattah Al-Sisi's plan to prevent the GNA from expanding further east and taking the key Libyan cities of Sirte and Al-Jufra.

Safadi, however, insisted on the importance of a political process. "The regionalisation of the Libyan crisis would make things harder and more complex. As a result, we support all efforts exerted in reaching a political solution that would ensure Libya's unity and territorial integrity, as well as stand in the way of turning Libya into an arena for regional conflicts."

Following the meeting in Amman and Safadi's toning down of Shoukry's words against Turkey, the Lebanese newspaper Al-Akhbar reported that Jordan had stepped in to mediate between Ankara and Cairo to avoid further conflict within Libya. This has not, however, been verified.