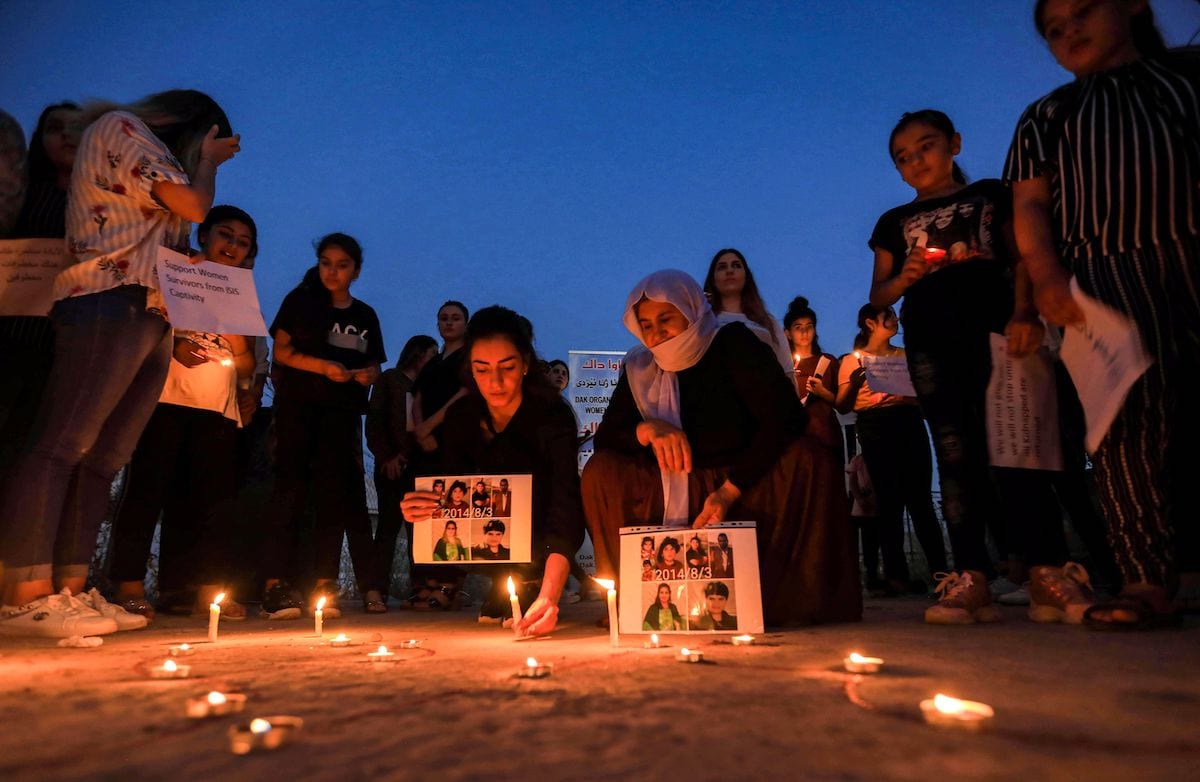 The extremist group Daesh killed or abducted more than 7,600 Yazidis in its brutal attack in the summer of 2014, the Iraqi High Commission for Human Rights (IHCHR) has revealed.

"Today marks the sixth anniversary of the genocide of the Yazidis in the Sinjar district and the Nineveh Plain regions at the hands of the criminal gangs of the Islamic State, and [which] killed 1,200 of them, and displaced more than 360,000 others," explained the IHCHR. The "events left more than 83 mass graves and more than 6,400 Yazidis were abducted."

The IHCH has urged the Iraqi parliament to compensate Yazidi families for their losses. The commission also called on the international community to help Yazidis who were abducted to be able to return to their families.

The Yazidis are a religious group who live in the city of Sinjar, 130 kilometres west of Mosul. The city is near the Iraq-Syria border and is home to people of Kurdish, Arab, and Yazidi ethnicity. Some also live in Turkey, Syria, Iran, Armenia, and Georgia.

In June 2016, the UN declared that Daesh had committed genocide against the Yazidis and wanted to eradicate the religion and its followers.

WATCH: 'They gave you a Nobel prize for what?' Trump asks ex-Daesh sex slave